Pakistan’s services exports at $2.844 billion during H1 of FY - GulfToday

Pakistan’s services exports at $2.844 billion during H1 of FY 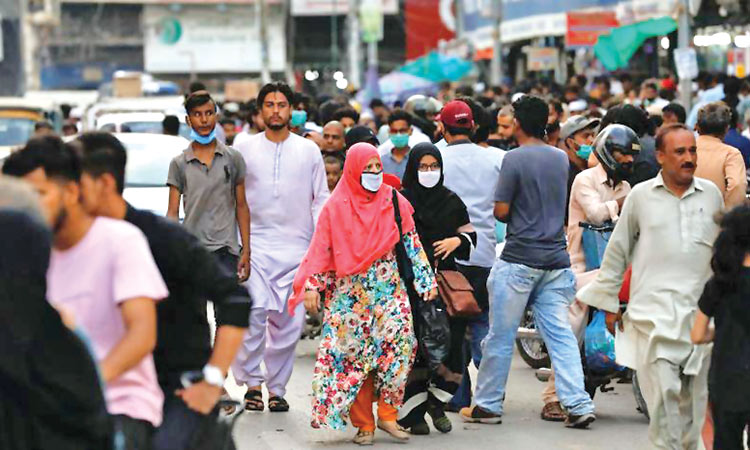 People walk along a road in Karachi’s business district. Reuters

Pakistan services exports have finally turned around and have started to grow as during the first half of the fiscal year (FY) 2020-2021. The country’s total export of services stood at $2.844 billion as compared to $2.835 billion during the same period in the previous, thus achieving growth despite the serious pandemic.


It is worth noting that during the first half of the current fiscal year, significant growth has been seen in telecommunication and information technology (IT) services, which grew by 40 per cent to $958 million from US$684 million over the corresponding period of last fiscal year, reflecting a very high boost in the post-COVID-19 period.

This was stated by Cheng Xizhong, visiting professor at Southwest University of Political Science and Law and senior fellow of the Charhar Institute in an article released. He opined that services play an important role in everyday life. They have a central place in both domestic and international economies and account for the bulk of global foreign direct investment (FDI) and trade. Services connect countries to the international trading system by facilitating supply chains and e-commerce.

Now, the service sector is emerging as the main driver of Pakistan’s economic growth with its share in the GDP increasing from 56 per cent in the fiscal year 2005-2006 to 61.4 per cent in the fiscal year 2019-2020. Its major sub-sectors include telecommunication, information and communications technology (ICT), finance and insurance, transport and storage, wholesale and retail trade, and public administration.

Recently, Prime Minister Imran Khan emphasised that IT is a revolutionary sector that needs to be exploited to meet the demands of the contemporary world. The two-way investment in the service industry of China and Pakistan is in the ascendant, and there is a great potential for service trade. He expressed the confidence that with the continuous and successful progress of CPEC, special economic zones (SEZs) and special technology zones (STZs), IT exports will soon become a very important sector in Pakistani total service exports.

The world trade in services accounts for 25 per cent of the total world trade. The World Trade organisation (WTO) predicts that the proportion of service trade will be higher and higher, and it will increase to 50 per cent by 2040. Analysts believe that the higher the proportion of service industry in a country, the more developed its economy will be. In 2019, the American service industry reached 17.36 trillion US dollars, accounting for 81 per cent of its total GDP.

In 2019, the added value of China’s service industry accounts for 53.9 per cent of its total GDP, and will continue to increase. In the future, the structure of China’s service trade will gradually upgrade, and the export of service trade will gradually tend to the areas with obvious “scale economy effect”, such as R&D, design, brand, etc. The prosperity of the service industry is an important feature of the modern economy. To accelerate the development of modern service industry can expand the employment field, increase employment opportunities, promote social stability, and improve people’s living standards and quality of life.

The sub-sectors which contribute greatly to the services sector overall include financial, construction and business services such as computer, IT, engineering, legal and accounting services.

Meanwhile the sale and production of cars in the country has witnessed an increase of 13.42 and 1.93 per cent respectively during the first half of financial year 2020-21 as compared to corresponding period of last year.

During the period under review, as many as 67,026 cars were sold against the sale of 59,094 units while the production of cars increased from 60,862 units to 62,041 units, showing growth of 13.42 and 1.93 per cent respectively, according to Pakistan Automobile Manufacturing Association (PAMA).