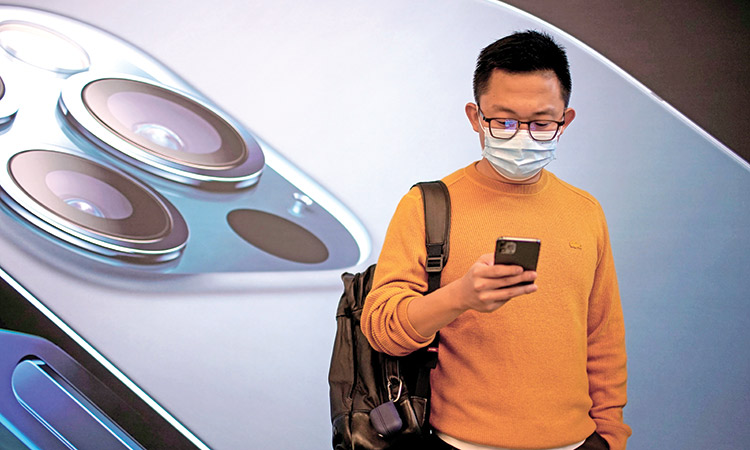 A man at an Apple outlet in Shanghai. File/Reuters

Apple’s smartphone shipments jumped 22% to record levels in the fourth quarter, making it the world’s biggest seller, while those for Huawei plunged as US sanctions took effect.

An expanded number of models and a new look for the iPhone 12 lineup, Apple’s first 5G-enabled devices, tapped pent up demand for upgrades, especially in China.

“In China, Apple seized the perfect opportunity to capture Huawei’s market share in the high end, when the latter has essentially not enough supply even though demand for the brand is still there,” said Nicole Peng, who tracks China’s smartphone market at Canalys.

The data comes on the heels of Apple reporting record holiday quarter sales on Wednesday, with overall revenue crossing $100 billion for the first time. Revenue in Greater China, which includes Hong Kong and Taiwan, surged 57%.

“We had two of the top three selling smartphones in urban China,” Chief Executive Tim Cook told Reuters in an interview, adding that upgraders in particular had set an all-time record in China.

As is often the case in the fourth quarter when it launches new products, Apple took the top spot from Samsung Electronics. The South Korean firm saw a 6.2% year-on-year increase to 73.9 million devices, giving it market share of 19.1%.

Huawei Technologies Co Ltd, unsurprisingly, suffered the most pain, with shipments tumbling a record 42.4% to 32.3 million.

The Chinese tech powerhouse has been battered after the previous U.S. administration blacklisted it on national security grounds, preventing overseas companies from supplying it with key parts including semiconductors.

Huawei is now in early-stage talks to sell its premium smartphone brands P and Mate, two people with direct knowledge of the matter have said, a move that could see the company eventually exit from the high-end smartphone-making business. 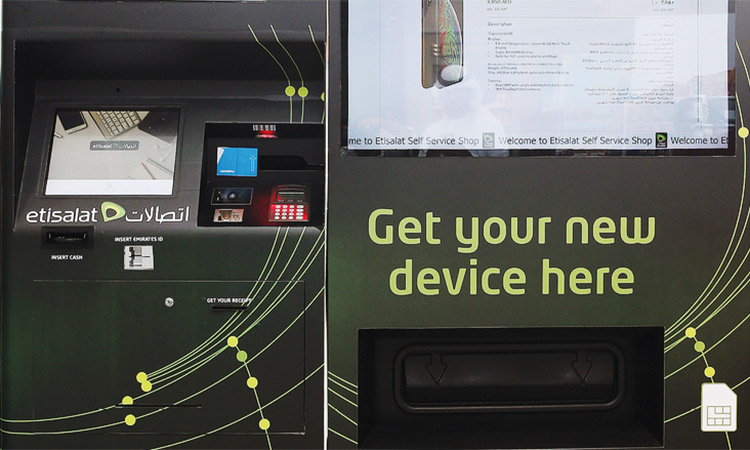 Etisalat has launched a smartphone self-service vending machine that is a “first-of-its-kind” for the UAE by partnering with Abu Dhabi National Oil Company (Adnoc) Distribution, the leading fuel distributor and convenience store operator in the UAE. 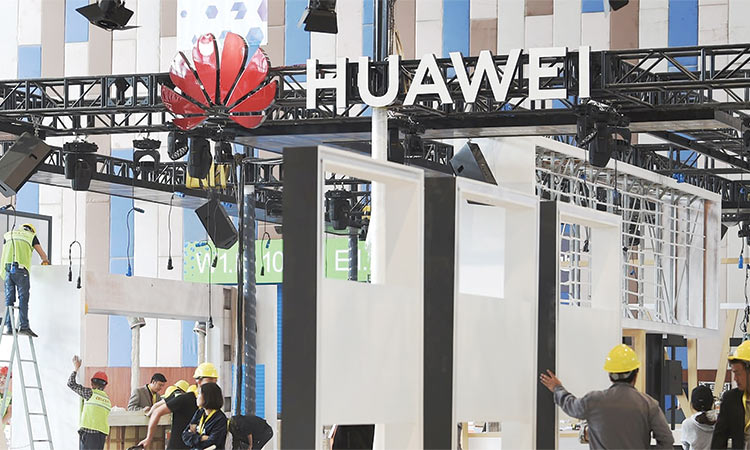 China’s Huawei, hit by crippling US sanctions, could see shipments decline by as much as a quarter this year and faces the possibility that its smartphones will disappear from international markets, analysts said. Smartphone shipments at Huawei, the world’s second-largest smartphone