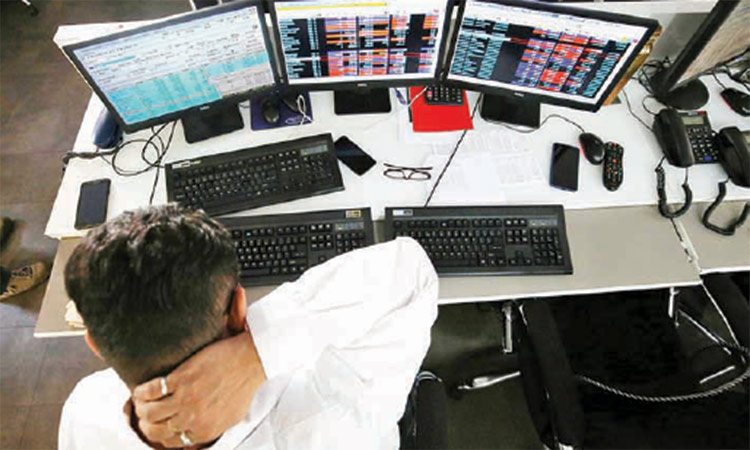 A broker reacts while trading at his terminal at a stock brokerage company in Mumbai. File/Reuters

US President-elect Joe Biden on Thursday outlined a $1.9 trillion stimulus proposal, saying bold investment was needed to jump-start the economy.

“There were no major surprises from the announcement and it was mostly inline with expectations. Secondly, we are 15 days away from (India’s) budget. We can see some participants taking some money off the table,” said Anand James, chief market strategist at Geojit Financial Services in Kochi.

Banks, financial institutions and information technology stocks were major laggards on the Nifty 50 index and analysts said sub-indexes including the Nifty bank index and the Nifty IT index were vulnerable for corrections after hitting record highs this week.

IT giant Infosys Ltd fell 1.9%, while Housing Development Finance Corp ended down 1.9%. Infosys fell 1.9% this week after gaining over 6% in the past two weeks and HDFC was also down 1.9% after surging nearly 8% in the last two weeks.

Bharti Airtel rose 3.8% after the MSCI Global Standard indexes said on Thursday it would review the weight of the stock in February.