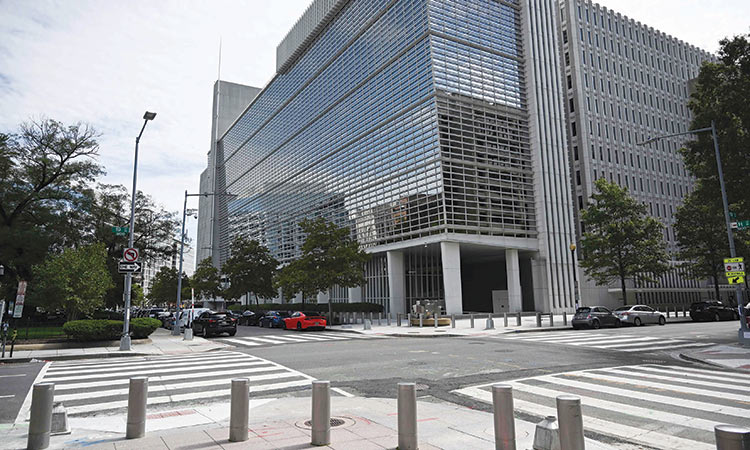 The World Bank has predicted that more countries will come under ‘deep debt distress’ this year as the coronavirus pandemic situation worsens. Chad and several other countries are already in ‘deep debt distress’ and more will join their ranks this year, given the severity of the global recession triggered by the COVID-19 pandemic and other problems, World Bank Group President David Malpass said.

The African oil producer Chad may need a deep reduction in the net present value of its debt, and creditors would need to work with the country to find a viable solution to its debt overhang, Malpass told reporters.

“For some countries, it’s a red alert,” he said during a teleconference. “We need to find ways to adjust the debt burden, so that the burden of debt on people in poorer countries can be reduced dramatically.”

He said Zambia had already defaulted on some of its debts and restructurings were under way in Angola and Ecuador but declined to name other countries facing acute problems. He said the Bank and the International Monetary Fund (IMF) were currently assessing the debt sustainability of countries facing problems.

The novel coronavirus, which has killed more than 1.85 million Worldwide, has hit emerging market and developing countries particularly hard, exacerbating heavy debt burdens already faced by many countries before the crisis.

“Unsustainable debt levels are a major obstacle,” Malpass said. “It was made worse by the pandemic - substantially worse, both in terms of domestic and external debt burdens.”

He said it was critical to reduce the debt burden on poorer countries to foster investment and support the global recovery.

China, the biggest creditor by far with 65% of official bilateral debts, had to focus on its response, given sharp declines in countries’ ability to service those debts, he said.

In addition, Malpass underscored the need for legislative changes in major financial centers to expedite the restructuring of private sector debt. The current system favored creditors and made it very difficult for debtor countries to “achieve the reduction in debt that’s needed in this new environment.”

Malpass said a common framework for debt treatments adopted by China and other Group of 20 major economies in November, and extension of a freeze in official bilateral debt payments through June were good steps, but more work would be needed.

He said he had already spoken with Italian officials and they were committed to continuing efforts to help heavily indebted countries during Italy’s year at the helm of the G20.

The World Bank is working closely with over 100 countries to pave the way for them to receive low-interest loans and funding to purchase and distribute COVID-19 vaccines, David Malpass said.

World Bank officials were working with countries to address one of the key obstacles - rules that leave vaccine makers open for lawsuits or judgments - through legislation or other processes, he said during a teleconference.

Malpass also appealed to advanced economies to release reservations of vaccines that exceeded their current distribution capability to free up more vaccines for purchase or distribution in poorer countries.

The World Bank’s executive board in October approved $12 billion in new funding for developing countries to finance the purchase and distribution of COVID-19 vaccines, tests and treatments for an estimated 1 billion people over 24 months.

The plan is part of $160 billion in total resources that the multilateral development lender has pledged to provide to developing countries through June 2021 to help them fight the coronavirus pandemic. It includes technical support to recipient countries so they can prepare for deploying vaccines at scale, and is meant to signal future demand to drug companies.

Malpass said the Bank expected to bring the first country vaccine financing plans to its board for approval shortly, but did not identify the countries involved.

A World Bank spokesman said the first agreement could be approved toward the end of January or early February.

Malpass said Bank officials were working with health authorities in eligible countries to address the indemnification issue, to assess the logistics of distributing the vaccines and how to keep them adequately cooled.