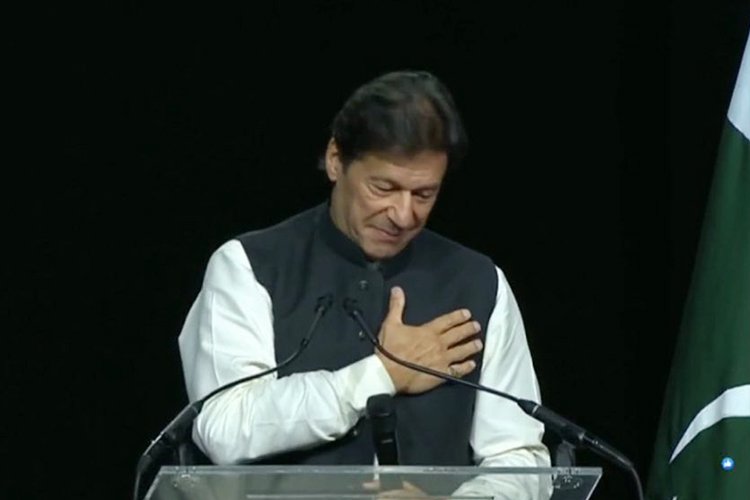 Imran Khan gestures during an event in Islamabad. File

Remittances received by the country from overseas Pakistanis set another record in December 2020 as inflows stood above $2 billion for the sixth consecutive month.

According to data released by the State Bank of Pakistan (SBP), the amount sent home by expatriate Pakistanis reached $2.436 billion, up 16.2 per cent on a year-on-year basis and 4.2 per cent month-on-month.

Sharing the jump in remittances, Prime Minister Imran Khan said in a tweet: “I want to thank our overseas Pakistanis for yet another record-breaking month of remittances in December $2.4bn. MashaAllah, first time in Pakistan, remittances have been above $2bn for six consecutive months. Total for six months of this fiscal year [is] $14.2bn — a 24.9pc growth over last year.”

Twenty-six per cent of the inflows in December came from Saudi Arabia with overseas Pakistanis based in the country sending home $624.8 million. Inflows from the kingdom have hovered around $600m every month since June 2020.

According to a statement issued by the SBP, the strong growth in workers’ remittances was witnessed due to enhanced use of formal channels on the back of sustained efforts by the government and central bank to encourage inflows through official channels.

It pointed out that limited cross-border travel in the wake of second wave of COVID-19 pandemic coupled with favourable foreign exchange market dynamics was lending additional support.

Recently, the government of Pakistan introduced a number of initiatives to ramp up remittances through official channels and crack down on the illegal Hundi/ Hawala operators.

Pakistan’s remittances reach highest ever of $2.76b in July, says Imran