‘Auto industry one of the most important sectors of economy’ - GulfToday

‘Auto industry one of the most important sectors of economy’ 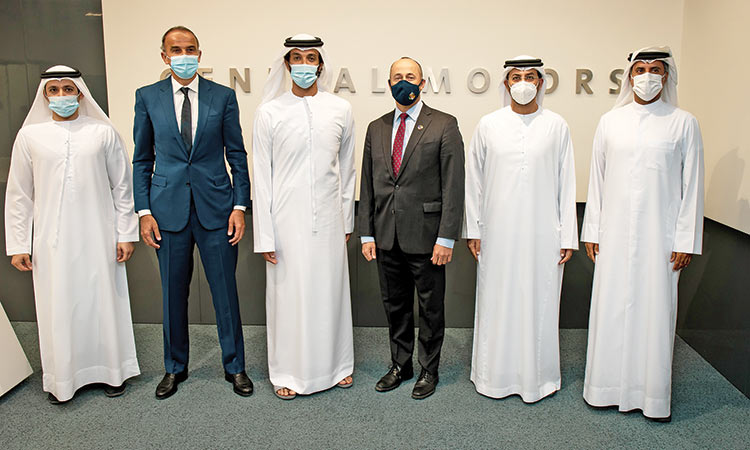 Abdulla Bin Touq Al Marri and other officials during a visit to the GM headquarters in Dubai.

Abdulla Bin Touq Al Marri, UAE Minister of Economy has said that the automobile industry is one of the most important sectors of the future economy that encourages innovation and employs advanced technologies such as Artificial Intelligence in manufacturing. These developments have led to the transformation of the transport sector in general and the auto industry in particular - as reflected by the launch of autonomous vehicle and other modern mobility solutions over the past few years.

He expressed these views during his visit to General Motors headquarters in Dubai where he was welcomed by Luay Al Shurafa, President and Managing Director of General Motors Africa and Middle East. The visit was organised by the auto giant to further strengthen the prosperous relationship with the UAE. The minister and his team were given a detailed presentation on GM’s ambitious future mobility agenda.

The minister further explained that transportation is a sector of great importance under the national strategy for innovation and advanced innovation and the UAE Vision 2021, given its role in driving economic diversification and enhancing the competitiveness of the business environment. He added: “Today, the UAE is a prominent regional hub in the manufacturing and trade of cars and their spare parts.

Also, the UAE is home to a number of leading global companies in this industry, most notably General Motors. We are keen to strengthen the partnership between the government and the private sector to further develop this vital sector and attract quality investments to the country through it, in a way that achieves mutual benefit and supports our vision for the future.”

Commenting on the visit, Al Shurafa said, “We are honoured by the visit of H.E. Abdulla Bin Touq Al Marri and his team at our offices. We have been working together for almost four decades and have gone from strength to strength. As we step forward into the next wave of technology, it is more important than ever that we work hand-in-hand to make our cities smarter and our roads safer. We at General Motors are committed to being a bold and supportive partner for the UAE government and the wider region.”

Al Shurafa highlighted General Motors vision of a future with Zero Crashes, Zero Emissions and Zero Congestion and the innovative product and service portfolio that will accelerate the brand, and the UAE, into the future. He said, the UAE government has outlined some bold and ambitious plans to become a smart, sustainable and advanced city and General Motors is committed to being a bold partner to achieve this goal.

Later the minister and his team were taken for a round of the GM headquarters.

General Motors has been in the region for over 90 years and specifically in the UAE since 1987, growing and building with the country and its people. By creating purpose-built vehicles for the region and employing over 250 people through GM’s direct operations and another 1,200 through GM’s 22 dealer network in the UAE, GM has been positively contributing to the economy and acting as a strategic partner as the UAE grows. Serving as a global hub for the US, Europe and Asia, General Motors has a purpose-built Middle East Distribution Centre, which serves customers across the Middle East and Africa.

General Motors Company is an American multinational corporation, headquartered in Detroit that designs, manufactures, markets, and distributes vehicles and vehicle parts, and sells financial services, with global headquarters in Detroit’s Renaissance Centre. It was founded by William C. Durant on September 16, 1908, as a holding company, and the present entity was established in 2009 after its restructuring. The company is the largest American automobile manufacturer and one of the world’s largest automobile manufacturers.

At its peak, GM had a 50 per cent market share in the United States and was the world’s largest automaker from 1931 through 2007. As of 2020, General Motors is ranked #18 on the Fortune 500 rankings of the largest United States corporations by total revenue.

The auto giant manufactures vehicles in several countries; its four core automobile brands include Chevrolet, Buick, GMC, and Cadillac. It also either owns or holds a significant stake in foreign brands such as Holden, Wuling, Baojun, and Jiefang. Annual worldwide sales volume reached 10 million vehicles in 2016. 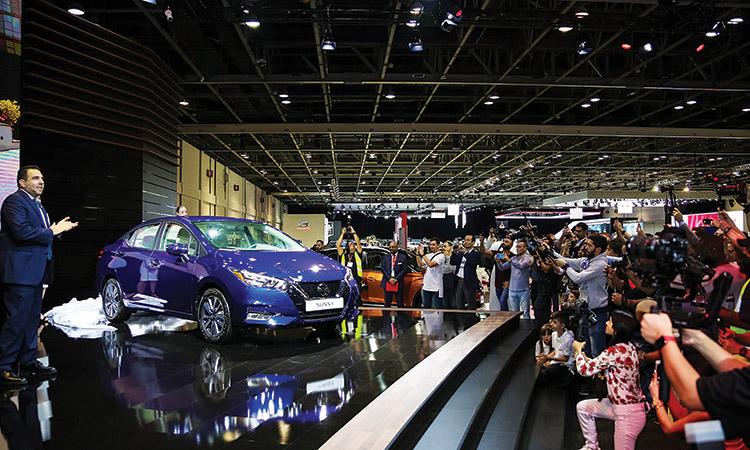 With over 500 cars on display, the Dubai International Motor Show (DIMS) opened its doors on the second day to crowds of motoring enthusiasts and families who were seeking 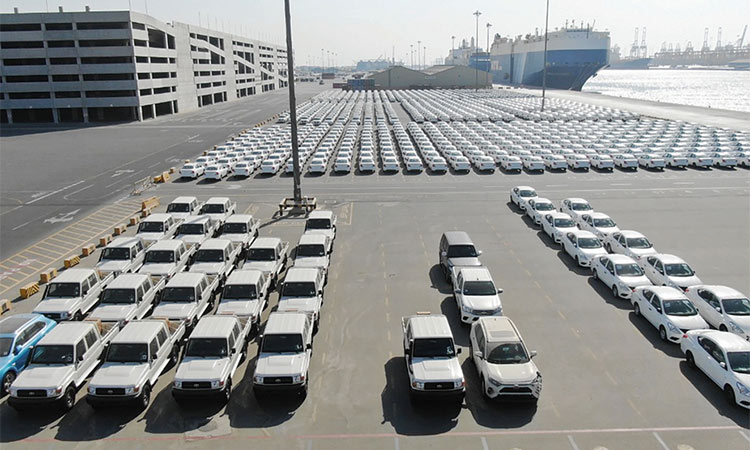