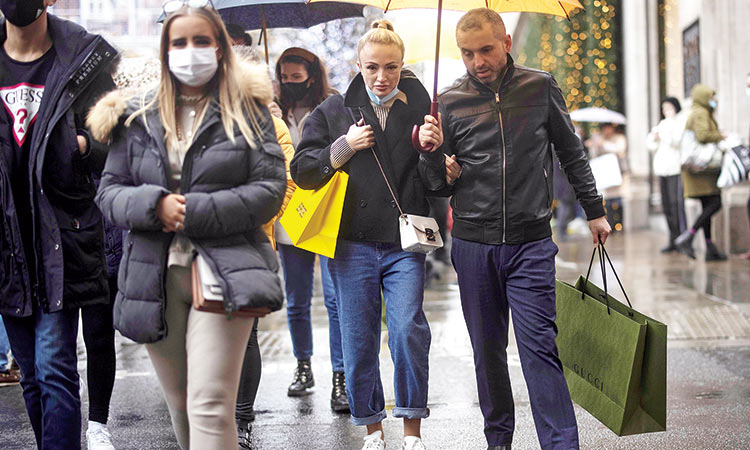 Shoppers walk down Oxford Street in London on Sunday. Reuters

British Prime Minister Boris Johnson and European Commission President Ursula von der Leyen had set Sunday as the decisive moment for a breakthrough or breakdown in deadlocked negotiations. But they stepped back from the brink, saying there was too much at stake not to make a final push.

“Despite the exhaustion after almost a year of negotiations and despite the fact that deadlines have been missed over and over, we both think it is responsible at this point in time to go the extra mile,” von der Leyen said.

“But where there’s life, there’s hope we’re going to keep talking to see what we can do,” he said.

The two sides’ negotiators were continuing to talk in Sunday Brussels at EU headquarters, with less than three weeks until the U.K. leaves the economic embrace of the 27-nation bloc.

Johnson played down hopes of a breakthrough, saying the “most likely” outcome was that the two sides wouldn’t reach a deal and would trade on World Trade Organization terms, with the tariffs and barriers that would bring.

European Council President Charles Michel welcomed the extension of talks, saying “we should do everything to make a deal possible,” but warned there could be a deal “at any price, no. What we want is a good deal, a deal that respects these principles of economic fair play and, also, these principles of governance.”

It has been four and a half years since Britons voted by 52%-48% to leave the EU and - in the words of the Brexiteers’ slogan - “take back control” of the UK’s borders and laws.

It took more than three years of wrangling before Britain left the bloc’s political structures on Jan. 31. Disentangling economies that have become closely entwined as part of the EU’s single market for goods and services took even longer.

The UK has remained part of the single market and customs union during an 11-month post-Brexit transition period. That means so far, many people will have noticed little impact from Brexit.

On Jan. 1, it will feel real. New Year’s Day will bring huge changes, even with a deal. No longer will goods and people be able to move between the UK and its continental neighbors.

Exporters and importers face customs declarations, goods checks and other obstacles. EU nationals will no longer be able to live and work in Britain without a visa - though that doesn’t apply to the more than 3 million already there -- and Britons can no longer automatically work or retire in the EU.

There are still unanswered questions about huge areas, including security cooperation between the UK and the bloc and access to the EU market for Britain’s huge financial services sector.

Without a deal, the disruption would be far greater. The UK government has acknowledged a chaotic exit is likely to bring gridlock at Britain’s ports, temporary shortages of some goods and price increases for staple foodstuff. Tariffs will be applied to many UK goods, including 10% on cars and more than 40% on lamb.

Still, Johnson says the UK will “prosper mightily” on those terms.

But British businesses have been sounding the alarm with increasing urgency.

“The 11th hour has passed and every passing moment of uncertainty makes it harder for businesses to prepare effectively for January 1,” said Helen Dickinson, chief executive of the British Retail Consortium. “Both sides must double down and do what is necessary to agree a zero-tariff agreement, or else it will be the public that pay the price of this failure.”

While both sides want a deal on the terms of a new relationship, they have fundamentally different views of what it entails. The EU fears Britain will slash social and environmental standards and pump state money into U.K. industries, becoming a low-regulation economic rival on the bloc’s doorstep, so is demanding strict “level playing field” guarantees in exchange for access to its markets.

The U.K. government claims the EU is trying to bind Britain to the bloc’s rules and regulations indefinitely, rather than treating it as an independent nation.

Spanish Foreign Minister Arancha Gonzalez Laya said a no-deal Brexit would be a “double whammy” for economies already battered by the coronavirus pandemic.

But others, in Britain and across the EU, urged the two sides to keep talking.

Irish Prime Minister Micheal Martin, whose economy is more entwined with Britain’s than any other EU state, said he “fervently” hoped the talks wouldn’t end Sunday. 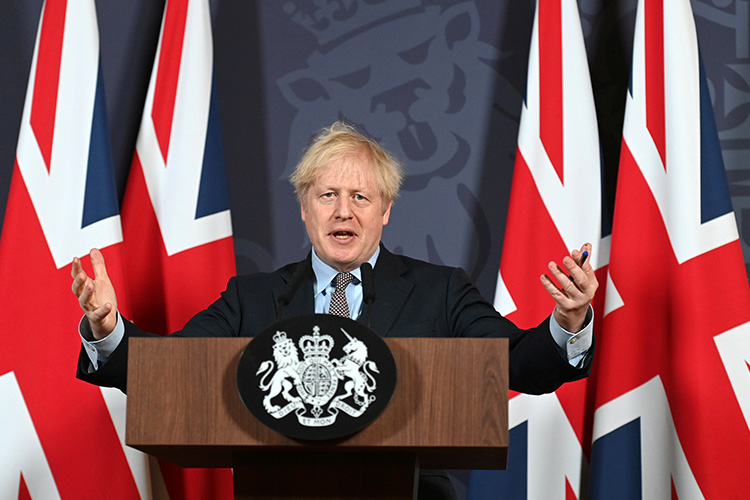 After months of talks and at almost the last minute, Britain and the European Union struck a provisional free-trade agreement on Thursday that should avert New Year chaos for cross-border traders and bring a measure of certainty for businesses 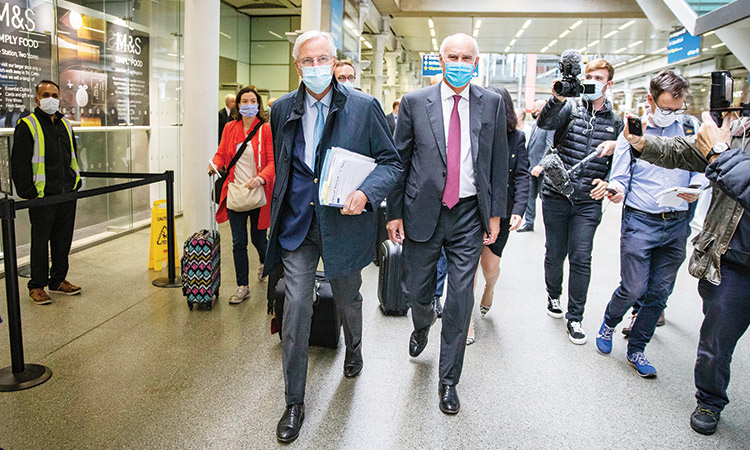 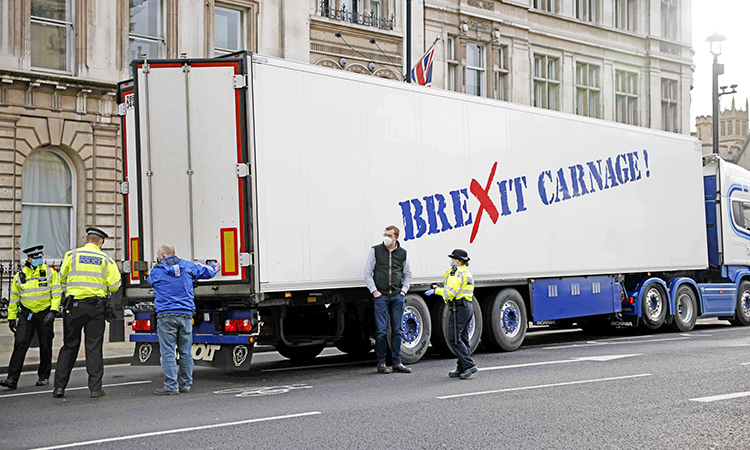