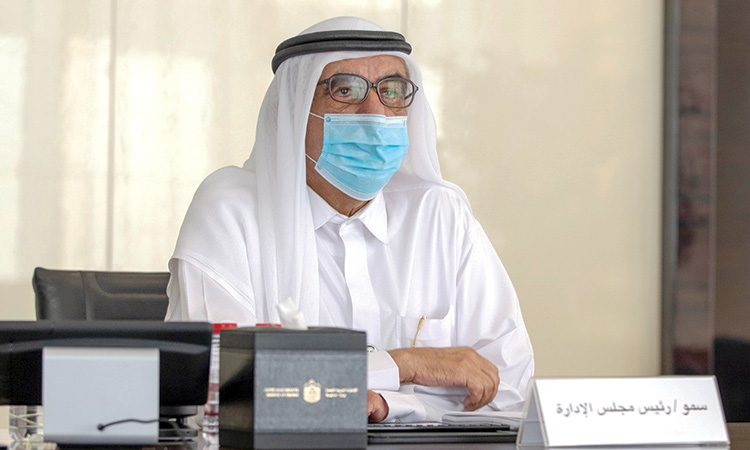 During the virtual meeting, the Board reviewed indicators of FTA’s performance adopted by the Authority in all areas relevant to its activities during the first nine months of 2020, including registration systems, filing returns, tax refunds for groups legally qualified to recover, such as UAE nationals’ homebuilders refund, tax refunds for tourists and for foreign business visitors.

Sheikh Hamdan Bin Rashid confirmed that the reports reviewed during the meeting showed that the Authority continues to maintain its distinguished performance across all activities, while continuing its development plans to upgrade its services in accordance with the best standards to achieve customer happiness.

Sheikh Hamdan stated: “Official indicators show that the Authority’s operations have achieved several positive results this year thus far. Despite the challenges brought on by the COVID-19 pandemic, the Authority has continued to implement its targeted projects with impressive completion rates.”

He added: “The Authority continued to implement its plans to encourage tax compliance, raise Taxable business registration rates, and combat tax evasion while also continuing to provide all means of support to help business sectors comply with tax regulations and procedures. Several virtual awareness meetings were held with the Authority’s partners in the government and private sectors, in addition to providing the Authority’s services remotely through its fully-fledged electronic system to maintain public health and social distancing to prevent the spread of the COVID-19 virus, and to ensure the continuity of the efficiency of the services provided.”

The report also showed that the Authority approved new homebuilders refund, with a value of Dhs64.1 million  during the third quarter of this year, with a significant quarterly growth of 31.15 per cent. This is compared to a total value of Dhs205.8 million at the end of the first half of 2020. As the total value of homebuilder’s refund requests had reached Dhs269.9 million since the implementation of this mechanism in September 2018 until the end of September 2019, with a record growth during the first nine months of 2020, amounting to 210.23 per cent in the value of the refunded tax.

During the past nine months, new applications were approved at a value of Dhs182.9 million, compared to Dhs87 million from the beginning of the application process until the end of 2019.

The report reviewed the Federal Tax Authority’s preparations to implement the final step of the second phase of the ‘Marking Tobacco and Tobacco Products Scheme’, whereby it would prohibit the distribution of all types of water pipe tobacco and electronically heated cigarettes that are not identified with Digital Tax Stamps within the country as of 1st January, 2021, after the implementation of this step was postponed from June 1, 2020 within the framework of the facilities provided by the Authority to support those registered in the tax system to fulfil their tax obligations, and to ensure business continuity in light of the precautionary measures that the concerned authorities in the country have taken to prevent the spread of COVID-19.

The number of inspection campaigns organized by the Federal Tax Authority (FTA) witnessed notable growth during 2020 across the UAE markets,

The Federal TAX Authority (FTA) has completed its preparations to join the Third Generation of the UAE’s eDirham system, , which has been launched by the Ministry of Finance, MoF, to facilitate the collection of state fees and revenues

The Federal Tax Authority (FTA) has new services designed to help UAE Nationals reclaim the Value-Added Tax (VAT) they incurred on their newly built residences with smooth and efficient procedures. 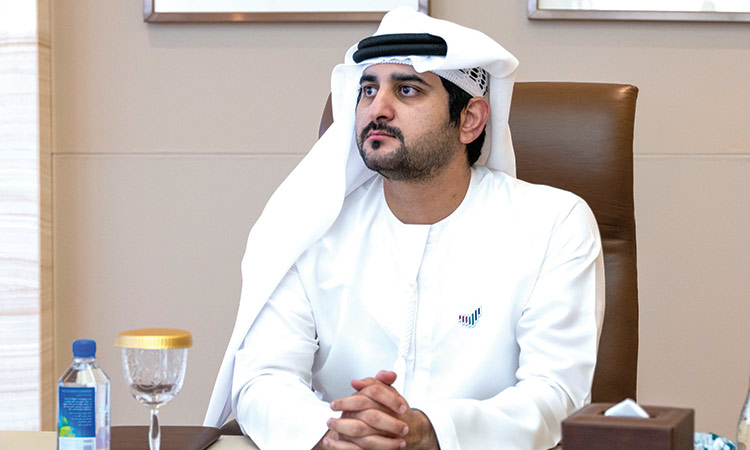 FTA board adopts financial statements for 2021

In its second meeting of the year, the Board of Directors of the Federal Tax Authority (FTA) – chaired by Sheikh Maktoum Bin Mohammed Bin Rashid Al Maktoum, Deputy Ruler of Dubai, Deputy Prime Minister, Minister of Finance, and Chairman