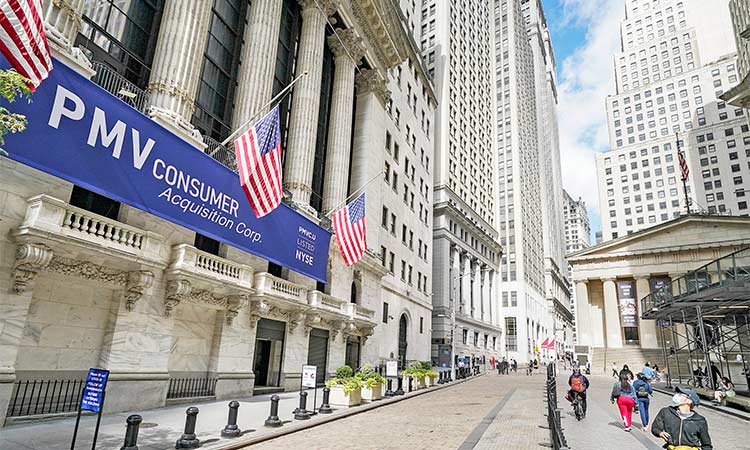 World shares slipped to a two-week low and oil steadied after another heavy fall on Thursday, as the global surge in COVID-19 cases and fractious US stimulus talks kept financial markets cautious.

US traders were digesting a drop in weekly jobless claims ahead of Wall Street trading, but with Europe’s bourses battling to avoid a fourth consecutive drop and pre-US election paralysis setting in, the conditions were choppy.

Disappointing German consumer morale data meant it was the first dip of the week for the high-flying euro while Turkey’s lira went tumbling again as its central bank baulked at hiking interest rates.

Bond market caution also ushered sensitive Italian government debt yields higher though there was also roaring demand for a 30-year bond sale there and the early drift back into ultra-safe German Bunds didn’t last past lunchtime.

“In the summer we were in the eye of the storm, I think,” said Rabobank strategist Piotr Matys, likening the drop in COVID-19 cases to the lull that occurs in the middle of hurricanes.

“Some governments assumed the worst was over ... but now the invisible enemy is hitting even harder and I am worried about the fragile economic recovery.”

Sentiment was also being buffeted after US President Donald Trump accused rival Democrats on Wednesday of being unwilling to craft an acceptable compromise on fresh stimulus, following reports of progress earlier in the day.

It remains unclear whether negotiations will continue ahead of the U.S. presidential and congressional elections on Nov. 3 although the subject may come up later when Trump and Joe Biden go head-to-head in the final presidential debate.

“We still think that this deal will remain elusive in the sense that this amount that we are talking about, $1.88 trillion, that’s about 9% of GDP, said Carlos Casanova, a senior economist at Union Bancaire Privee (UBP) in Hong Kong.

Speaker Nancy Pelosi’s package is even higher at around 10% of GDP.

“Even if both sides do manage to reach an agreement, given the tight deadline ahead of the election it’s unlikely that something like that would be able to go through the Senate smoothly,” said Casanova.

But against a basket of major peers the dollar appeared relatively unaffected by setbacks to stimulus talks, steadying after touching a seven-week low to trade slightly higher at 92.736.

Overnight, MSCI’s broadest index of Asia-Pacific shares outside Japan had slipped 0.3%, while the Nikkei closed 0.7% lower.

Uncertainty over the passage of a bill to stimulate a pandemic-ravaged economy comes as the United States also faces a new wave of COVID-19 cases.

Nearly two-thirds of U.S. states were in a danger zone of coronavirus outbreaks and six, including election battleground Wisconsin, reported a record one-day increase in COVID-19 deaths on Wednesday.

“The focus is absolutely on how a decisive win in this election can unlock fiscal stimulus,” J.P. Morgan Asset Management global market strategist Hugh Gimber said, warning that investors need to treat next month’s U.S. vote with care.

Oil prices ticked up on Thursday but struggled to recover fully from the previous session’s losses when higher U.S. gasoline inventories signalled a deteriorating demand outlook as coronavirus cases soar.

Both contracts shed more than 3% on Wednesday in their steepest daily falls in three weeks.

US gasoline Stocks rose by 1.9 million barrels in the week to Oct. 16, the Energy Information Administration (EIA) said on Wednesday, compared with expectations for a drop of 1.8 million barrels.

Overall product supplied - a proxy for demand - averaged 18.3 million barrels per day (bpd) in the four weeks to Oct. 16, the EIA said, down 13% from the same period a year earlier.

Record new daily COVID-19 infection numbers in several US states and in Europe, along with further coronavirus lockdowns and China’s crackdown on outbound travel, all bode ill for fuel demand.

Worsening the outlook, hopes that U.S. lawmakers would reach agreement with the White House on an economic stimulus package dimmed late on Wednesday after President Donald Trump accused Democrats of holding up a compromise deal.