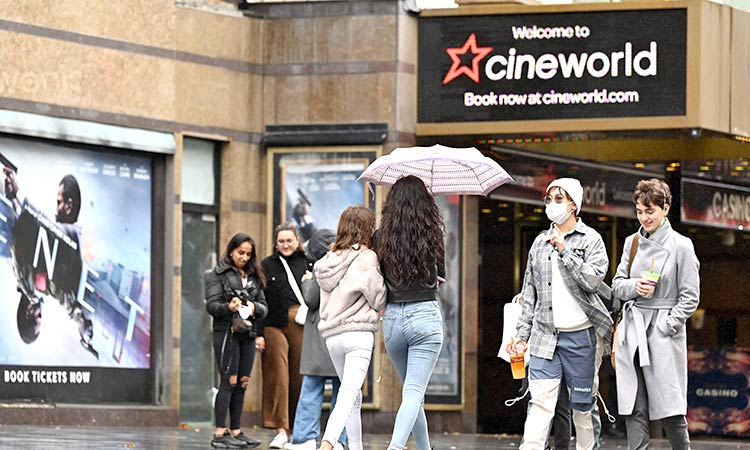 People walk past a cineworld cinema in Leicester Square in central London on Sunday. Justin Tallis/AFP

Cineworld will close all of its UK and US movie theatres later this week, leaving as many as 45,000 workers unemployed for the foreseeable future as it strives to survive the impact of the coronavirus crisis on the film industry. 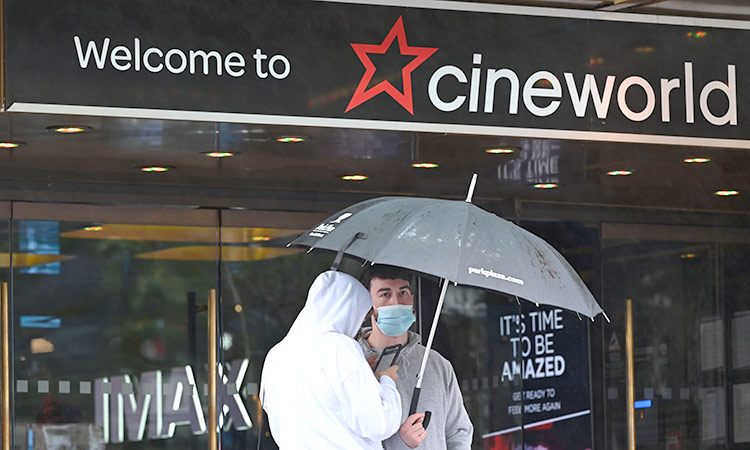 People shelter from the rain outside a cineworld cinema in Leicester Square, London on Sunday. AFP

A no-deal Brexit will leave vulnerable patients in danger

The world's second-biggest cinema chain, which reiterated it was looking at all ways of raising additional funds, said it was suspending operations at all of its 536 Regal theatres in the US and its 127 Cineworld and Picturehouse theatres in the UK from Oct. 8.

"Cineworld will continue to monitor the situation closely and will communicate any future plans to resume operations in these markets at the appropriate time, when key markets have more concrete guidance on their reopening status," the UK-listed company said. 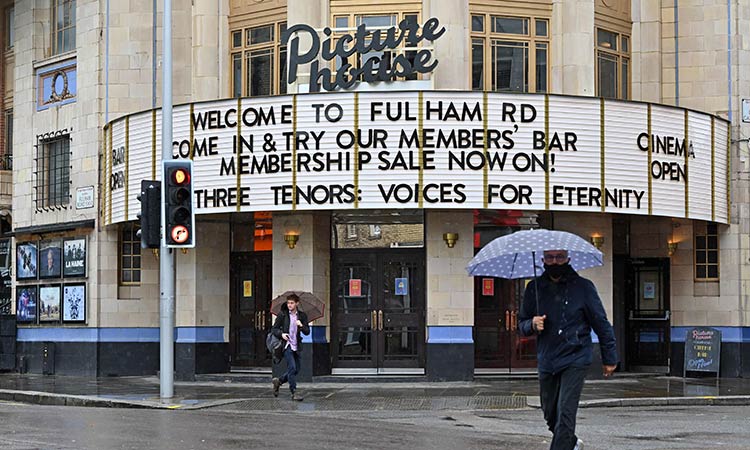 Passers-by shelter under umbrellas outside a Picturehouse cinema in west London on Sunday. AFP

It said its main commercial priorities now were to cut costs and hold onto the cash it has.

Cineworld began reopening in July after virus-related restrictions started to ease, but the further postponement of James Bond film "No Time To Die" and other releases including Marvel's "Black Widow" have left the months ahead looking bleak.

London brokerages estimated shares in the company, which have plummeted more than 80% this year, would drop another 30% from current levels when the market opens on Monday.