IMF raises flexible credit line for Colombia to about $17.2 billion 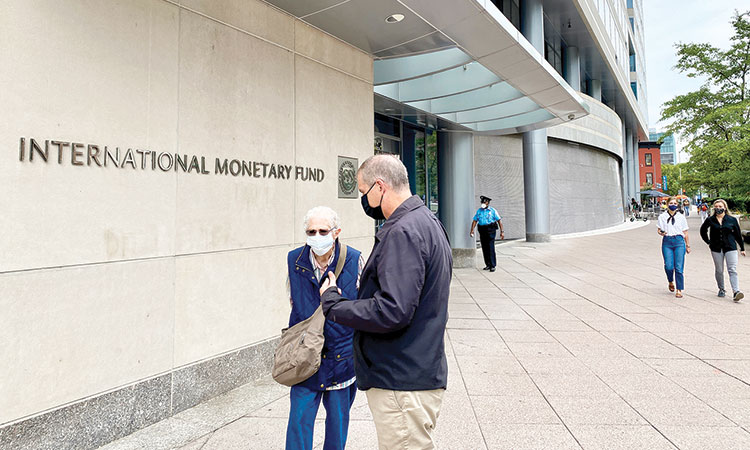 Colombia’s economy is expected to shrink 8.2 per cent this year, worse than the 2.5 per cent drop originally forecast. Agence France-Presse

The International Monetary Fund (IMF) has raised by $6.5 billion a flexible credit line offered to Colombia to about $17.2 billion, aiming to help the country cope with the economic effects of COVID-19.

“The augmentation was approved in light of Colombia’s continued qualification with very strong institutional policy frameworks, track record of economic performance and policy implementation, and against a backdrop of higher external risks and a larger than expected adverse impact from COVID-19 pandemic,” the Washington-based crisis lender said in a statement.

Colombia has had a Flexible Credit Line (FCL) since May 2009, and the IMF board has renewed it every two years, providing the country with money that could be deployed to head off a crisis.

The latest renewal in May was for $10.8 billion, but deputy IMF managing director Antoinette Sayeh said in a statement that Colombia’s downturn was deeper than expected and the country is set for its worst recession on record.

“The augmentation of access under the current FCL arrangement will help Colombia manage heightened external risks, protect ongoing efforts to effectively respond to the pandemic, continue to integrate migrants from Venezuela, foster inclusive growth and reduce external vulnerabilities,” she said.

IMF mission chief for Colombia Hamid Faruqee said the country’s economy is expected to shrink 8.2 per cent this year, worse than the 2.5 per cent drop originally forecast.

“We do expect growth to rebound,” he said, predicting GDP increasing four per cent next year.

Colombia is one of five countries that have received an FCL, along with Chile, Mexico, Peru and Poland, which exited the arrangement in late 2017. None of the countries have drawn on the funds, the IMF said.

Meanwhile, Colombia’s central bank board cut the benchmark interest rate to a historic low of 1.75% on Friday, in a split decision in line with a narrow majority of analyst predictions, as it continues to bolster the economy amid fall-out from coronavirus. The International Monetary Fund has increased the country’s flexible credit line to help it weather the crisis, board chief Juan Jose Echavarria said.

In a Reuters survey this week 14 of 26 analysts polled said the seven-member board would trim borrowing costs by 25 basis points, with the remaining 12 predicting a hold because of worries over capital outflows.

The reduction was backed by four of the seven board members.

“Although data for July reflects a slight improvement in the unemployment rate at the national level (19.8%), it shows a marked deterioration in the labor market and in household disposable income,” the board said in a statement.

The financial system is responding to six previous months of rate cuts, the statement added.

“Significantly, most of the interest rates in the financial system have picked up on reduction in the monetary policy rate, in a context where increases in the volumes of commercial and consumer credit are clear.”

The board has cut the rate by a total of 250 basis points over the last seven months as the country held a national coronavirus quarantine which sent unemployment soaring and shuttered businesses.

The bank predicts GDP will contract between 6% and 10% this year, despite an end to lockdown measures. “Following the relaxation of lockdown measures, we have seen a slower rate of deterioration in economic activity, although it continues to contract.”

The bank renewed forward contracts in dollars until Oct.30, it said in a separate statement.

Bogota, the Colombian capital, lifted most of the restrictions implemented to curb the spread of coronavirus, the mayor’s office said on Monday, though it warned that a new outbreak in the city of 8 million is inevitable.

Bogota began quarantine measures in the second half of March, before the Andean country entered a nationwide lockdown to control the pandemic, which lasted through August.

While a selective quarantine remains in place nationally for September, authorities in Bogota will lift many restrictions from Tuesday, including rules dictating when people can shop or visit banks.

“If we maintain these bio-security rules, we can enjoy this new normality with more socialising, more activities and more work,” Bogota Mayor Claudia Lopez said in a video posted on Twitter, referring to the use of face masks and social distancing.