US business spending digging out of deep hole - GulfToday 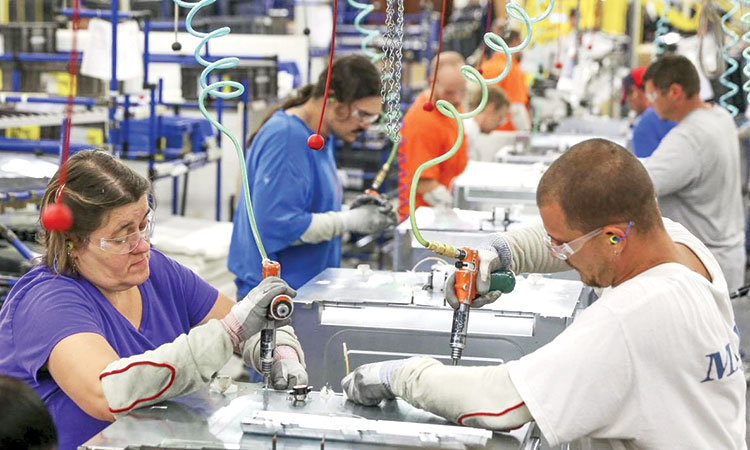 The show of confidence by businesses in the report from the Commerce Department on Friday also bolstered expectations for a sharp turnaround in economic activity in the third quarter, thanks to government money, after it was hammered by the COVID-19 pandemic in the first half of the year.

But fiscal aid is running out and new coronavirus cases are rising in the country, clouding the fourth-quarter picture.

Federal Reserve Chair Jerome Powell this week stressed the need for more fiscal stimulus, telling lawmakers on Thursday that it could make the difference between continued recovery and a much slower economic slog. Another rescue package appears unlikely before the Nov. 3 presidential election.

“The recovery in capex is not screeching to a halt,” said Sarah House, a senior economist at Wells Fargo Securities in Charlotte, North Carolina. “Equipment spending will be a key contributor to the third-quarter’s bounce back in GDP.” Orders for non-defense capital goods excluding aircraft, a closely watched proxy for business spending plans, rose 1.8% last month to the highest level since July 2018. Data for July was revised up to show these so-called core capital goods orders increasing 2.5% instead of 1.9% as previously reported. Core capital goods orders are now above the their pre-pandemic level.

Economists polled by Reuters had forecast orders for these goods gaining 0.5% in August.

Stocks on Wall Street were trading higher. The dollar gained versus a basket of currencies. US Treasury prices rose.

Gold fell on Friday, hovering near last session’s over two-month low, as investors sought shelter in the dollar from rising coronavirus cases and uncertainties over the next U.S. stimulus to aid the economy. Spot gold was down 0.3% to $1,862.95 per ounce by 10:50am, while U.S. gold futures eased 0.6% to $1,865.20 per ounce.

They advanced 2.8% in July. The two straight months of strong growth in shipments are likely to lift overall business investment from a deep hole in the third quarter.

Business investment tumbled at a record 26% annualized rate in the second quarter, with spending on equipment collapsing at an all-time pace of 35.9%. Investment in equipment has contracted for five straight quarters.

Economic activity rebounded sharply over the summer as businesses reopened after mandatory closures in mid-March to slow the spread of the coronavirus.

Gross domestic product is expected to rebound at as much as a record 35% annualized rate in the third quarter after tumbling at a 31.7% rate in the April-June period, the worst performance since the government started keeping records in 1947.

But the economy is far from being out of the woods. Government loan programs to help businesses and income supplements for the tens of millions of unemployed have either lapsed or are close to expiring.

For now the industrial side of the economy pressing ahead.

Orders for durable goods, items ranging from toasters to aircraft that are meant to last three years or more, rose 0.4% in August after jumping 11.7% in July. Durable goods orders were supported by a 0.5% rise in orders for transportation equipment, though demand for motor vehicles and defense aircraft eased.

Orders for motor vehicles and parts dropped 4.0% after accelerating 21.7% in July. There were no orders for civilian aircraft reported for the second straight month in August. Boeing has struggled with cancellations as airlines grapple with sharply reduced demand. 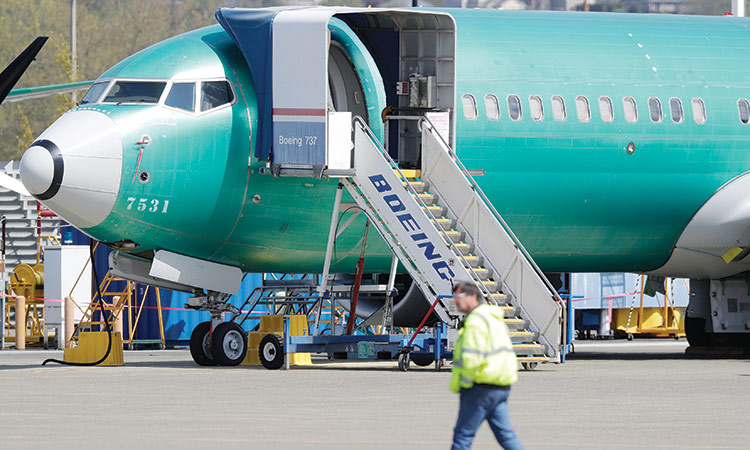