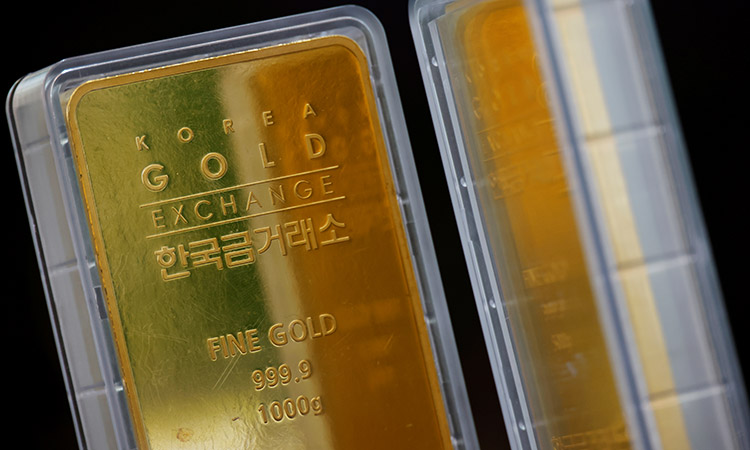 Gold fell on Thursday to its lowest level in more than two months, crippled by a robust dollar, while investors fretted over uncertainties surrounding further stimulus measures to support a sluggish economic recovery in the United States.

The dollar index held firm near a more than eight-week high against rival currencies, as signs of an economic slowdown in Europe and the United States revived concerns about the fallout from a second wave of COVID-19 infections.

A firmer dollar makes bullion more expensive for holders of other currencies.

"Gold can't shake off this dollar dominance, that is reverberating across all asset classes," said Edward Moya, a senior market analyst at OANDA.

Meanwhile, US Federal Reserve officials tried to convince investors they will keep monetary policy easy for years to allow unemployment to fall.

"It seems the Fed has pretty much tied themselves into no immediate action... So, the stimulus side of this trade is looking rather bleak in the short term," Moya said.

Optimism over a nascent economic recovery soured as data showed business activity in the United States and Europe cooled in September as the pandemic continued to batter activities.

Spot gold is likely to break a support at $1,855 per ounce and fall to $1,835, according to Reuters technical analyst Wang Tao.

Investors are now awaiting US weekly jobless claims data, due later in the day, which is expected to show claims fell slightly but remained at high levels.