Dollar in demand as equities retreat on virus concern - GulfToday

Dollar in demand as equities retreat on virus concern 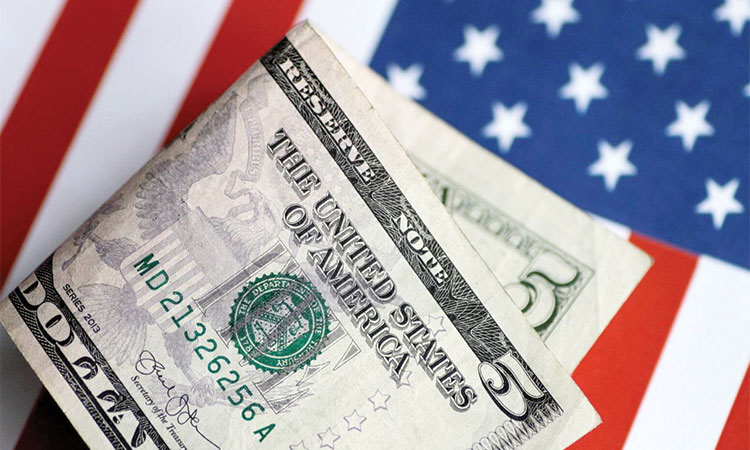 The dollar held onto gains against most currencies on Thursday as signs of an economic slowdown in Europe and in the United States revived concerns about the fallout from a second wave of coronavirus infections.

The dollar traded at $1.1656 per euro on Thursday, just shy of a two-month high reached on Wednesday. The greenback held near a nine-week high against the Swiss franc at 0.9236, and also held on to gains made in the previous session against the Japanese currency, to stand at 105.45 yen.

The pound bought $1.2705, near its weakest level against the US currency since late July.

The dollar is likely to continue to rise as another spike in coronavirus cases in Europe boosts its safe-haven appeal, while Federal Reserve policymakers called on the US government to provide more fiscal support.

"Risk is being sold across the board, and there is a big unwinding of dollar shorts," said Yukio Ishizuki, foreign exchange strategist at Daiwa Securities, referring to investors abandoning bearish dollar bets.

"Questions surrounding the coronavirus and the need for even more stimulus are turning flows back to the dollar."

The dollar has rallied this week as rising coronavirus infections in Europe and Britain undermined investor optimism about a vaccine progress.

The Ifo survey due later on Thursday is forecast to show an improvement in the business morale in Germany, Europe's largest economy.

Appetite for riskier assets such as equities also soured after data on Wednesday showed US business activity slowed in September and several Fed policymakers said that further government aid is needed to bolster the economy.

The dollar index stood at 94.430 against a basket of six major currencies on Thursday, close to a nine-week high.