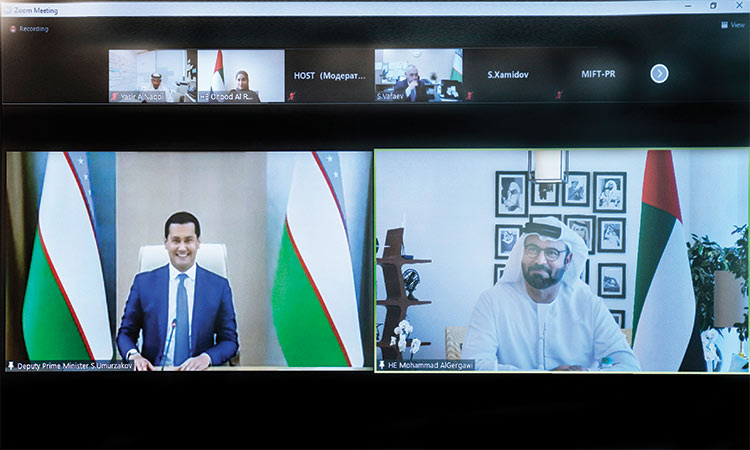 Officials of UAE and Uzbekistan during the bilateral video conference.

The announcement follows more than a year of signing the strategic partnership agreement in government modernisation back in April 2019, to promote the exchange of knowledge, expertise, and successful experiences; in different areas including capacity-building, implementing best practices in government work, and launching joint initiatives and projects relying on the UAE Government successful model.

The announcement was made during a bilateral video conference meeting held between Mohammad bin Abdullah Al Gergawi, Minister of Cabinet Affairs, and Sardor Umurzakov, Deputy Prime Minister - Minister of Investment and Foreign Trade of Uzbekistan.

The meeting was attended by Ohood bint Khalfan Al Roumi, Minister of State for Government Development and The Future; Dr. Yasir Al Naqbi, Assistant Director-General for Leadership and Government Capabilities at the Prime Minister’s Office within the Ministry of Cabinet Affairs; and a number of Uzbek government officials.

Speaking during the conference, Al Gergawi said that expanding partnership between both countries, through implementing 147 initiatives developed by the UAE Government in Uzbekistan, embodies the successful bilateral cooperation model and the long-lasting relations between the two countries and their leaderships.

“This is demonstrated in the many achievements made over the past year of effective partnership, during which both countries managed to establish a global model for government cooperation that benefits the peoples of both nations.”

Al Gergawi added, “The UAE has been adopting a purposeful approach towards building a better future for communities and promoting global development, by establishing a leading global model of cooperation, partnerships, and exchanging of experiences with world countries.”

He also commended the efforts of joint teams of UAE and Uzbekistan governments, which work enthusiastically as one team to implement the strategic partnership’s key pillars, despite the unprecedented circumstances brought about by the COVID-19 pandemic.

Umurzakov, in turn, commended UAE successful model of government work, which aims to prepare the country to cope with potential future challenges by developing innovative solutions, identifying new opportunities to advance work, expanding economic fields, and boosting the capabilities of government staff. He also noted that government of Uzbekistan has managed to build its future capabilities, launch widespread and comprehensive strategies, and enhance its preparedness thanks to this partnership.

He also praised the UAE government’s keenness to share its expertise in government modernisation, which made it one of the world’s most resilient and future-ready countries, noting the significant achievements made by the two governments within this partnership and the diligent and continuous efforts exerted by joint teams during the global health crisis to ensure continuity of government work, enhance government readiness to handle rapid changes, and promote collaboration on additional initiatives.

During the video conference, both parties discussed the achievements made over the past year, which include training 2,094 Uzbek government employees, took place during 59 training workshops amounting to 34,000 training hours, conducted by 60 experts. More than 110 meetings were also held between the two countries’ teams.

The two sides reviewed the key events scheduled to be co-organised in the coming period; including announcing winners of the Government Applications Initiative that aims to enable more than 300,000 Uzbek students across 100 universities to actively participate in developing smart applications for government services in Uzbekistan.

Other events include honoring winners of the “One Million Uzbek Coders” initiative, which provides training programmes and international certificates in software programming, in addition to organising the “Women Leaders Forum” in Uzbekistan. 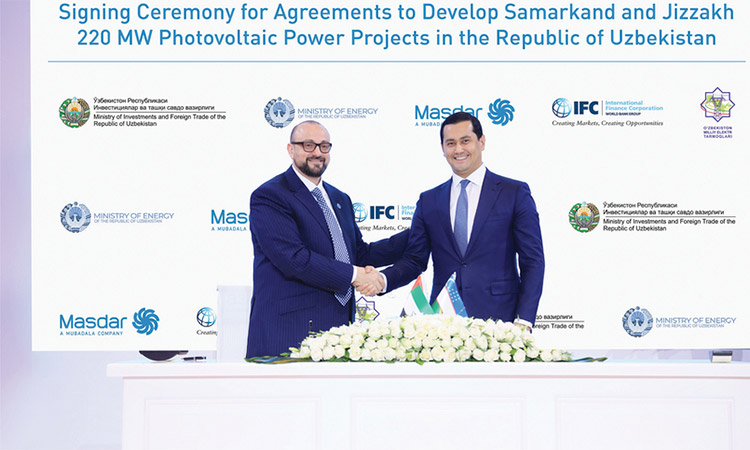 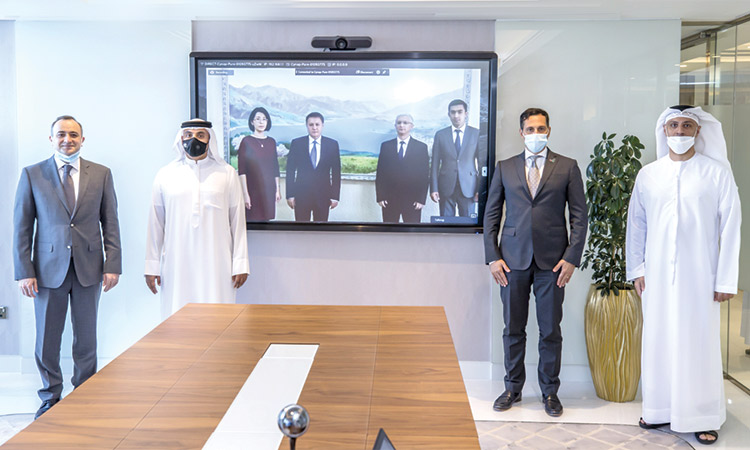 The export credit agencies (ECAs,) of the UAE and Uzbekistan have agreed to bolster and reinforce the trade and economic alliance between the two countries by exploring and boosting opportunities in the export of goods and services. 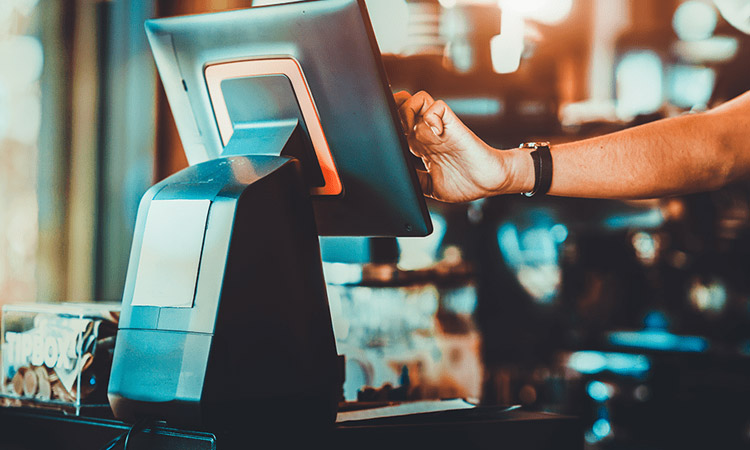