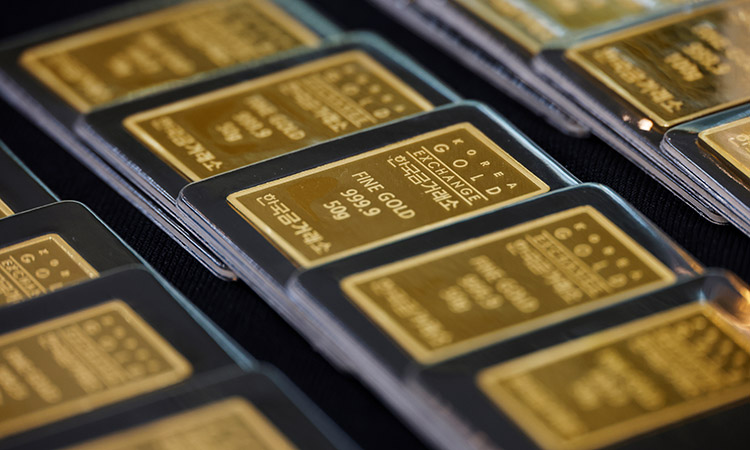 Gold prices slipped on Tuesday following a sharp drop the previous day, as the dollar hit multi-week highs ahead of US Federal Reserve Chair Jerome Powell's appearance at a congressional committee.

"Resurfacing of the coronavirus and the fear that European countries will again go into lockdowns are triggering safe-haven buying in the dollar index and because of that we have seen correction in the gold prices," said Vandana Bharti, assistant vice-president of commodity research at SMC Comtrade.

A stronger greenback makes bullion more expensive for holders of other currencies. Meanwhile, investors also fretted over the chances of more fiscal stimulus in the United States.

They're now looking to Federal Reserve Chair Jerome Powell's appearance on Capitol Hill this week to address lawmakers' questions about the raft of emergency measures the central bank has taken to cushion the blow to the economy from the pandemic.

"Central banks would continue to have major concerns about economic growth," Avtar Sandu, a senior commodities manager at Phillip Futures, said in a note.

"Ultra-low yields and negative real interest rates will remain as they are now for much longer, this should provide support for the gold prices in the longer term."

Lower interest rates decrease the opportunity cost of holding non-yielding bullion. Gold, which has risen nearly 26% this year, is also widely viewed as a hedge against inflation and currency debasement.

Gold drops due to the firmness of dollar