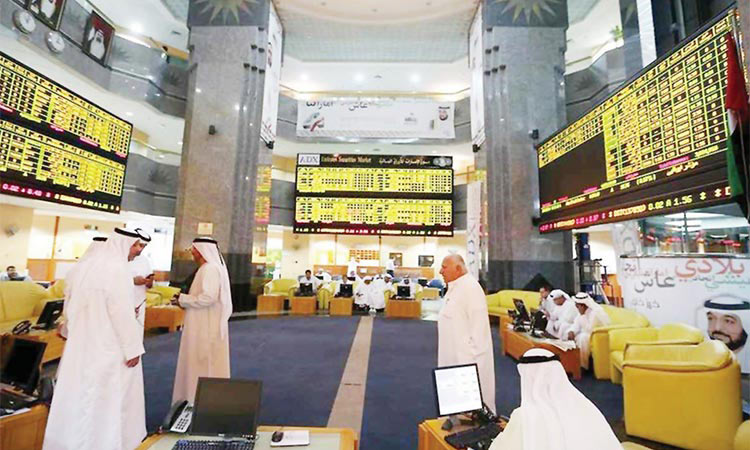 To the tune of Dhs43.13 billion in cash dividends for 2019 have already been paid out by Abu Dhabi Securities Exchange and Dubai Financial Market to more than 700,000 investors on behalf of to the companies listed in the two capital markets, according to data released by the two bourses.

Banks are the largest distributors of profits, followed by the telecommunications and the realty sectors respectively, then come the companies working in the investment, financing, energy, medical services, insurance, hospitality, transport and logistics platforms.

The investment and finance firms listed on local capital markets saw their profits jump to around Dhs885 million during Q2-2020 from as little as Dhs13 million only in the comparable period last year, according to the figures released by these companies recently.

The growth secured by these companies is driven by the steady performance witnessed by the local stock markets which factored into boosting the returns of the investment and financial services sector in general.

There are six financial and investment firms listed on the Abu Dhabi Securities Exchange and five on the Dubai Financial Market, with the latter having seen its firms record net Q2 profits of Dhs575 million, a growth of 323.4 per cent over the same period last year. Six companies listed on ADX reported Dhs310 million during the same period.

Shuaa Capital is the best performer with net profits of Dhs266.8 million in the reference period.

Dubai Financial Market announced last month that its listed companies have recorded a 96 per cent compliance regarding the disclosure of financial statements for the first half of 2020 results within the deadline.

The DFM submitted a detailed report to the UAE Securities and Commodities Authority, SCA, including the disclosure dates and its remarks on the disclosures according to SCA requirements.

The listing, announced on ADX’s website today, is part of Abu Dhabi’s strategy aimed to optimise the capital structure of the emirate, tapping into diverse funding sources while maintaining the current high credit ratings.

As the only AA-rated sovereign issuer by all three rating agencies in the GCC region, Abu Dhabi’s proactive medium-term debt management strategy optimizes the capital structure of the emirate and taps into diverse funding sources, while maintaining the current credit ratings.

The bond issuance was 4.8 times oversubscribed (at peak orderbook), with orders coming from over 60 new accounts and an orderbook which peaked at $24 billion.

The 50-year tranche is the longest term for a bond issued by a GCC sovereign issuer, which underscores Abu Dhabi’s robust credit fundamentals and the investors’ trust in the emirate’s future economic prospects. Its bonds were particularly well received by international investors, who accounted for 95 per cent of the final geographical allocation, showcasing trust in Abu Dhabi’s ability to deliver sustained, long-term economic growth.