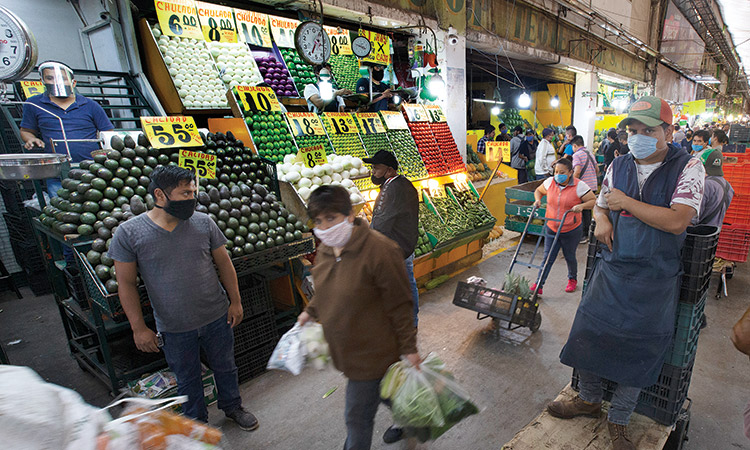 MEXICO CITY: Mexico’s government plans to keep a lid on spending while offering some support for hospitals, pensioners and infrastructure in a lean 2021 budget that forecasts only partial recovery for an economy hammered by the COVID-19 pandemic.

Delivering the budget proposal to Congress, Finance Minister Arturo Herrera said Mexico could ill-afford the kind of government largesse that advanced economies had unleashed to recover from coronavirus lockdowns.

“We would like to think there is money for everyone, but that is not the reality we are facing,” Herrera said, comparing the economic crisis to the 1930s Great Depression.

The budget will be closely watched by ratings agencies which stripped ailing state oil company Pemex of its investment grade rating this year and have warned Mexico’s sovereign debt could suffer the same fate.

The proposal, which must be approved by Congress, appears to outline a slight increase in real terms over Pemex’s planned 2020 budget, which suffered cuts after oil prices collapsed.

A draft circulated by members of Congress earlier on Tuesday detailed some $2 billion for Pemex’s Dos Bocas refinery, which is under construction, but the shorter final proposal does not appear to mention the number. Overall the budget was tight, in line with President Andres Manuel Lopez Obrador’s view that successive governments wasted public funds on excess and corruption.

Lopez Obrador is an outlier among both wealthy and emerging nations, insisting on controlling spending even in the face of the economic destruction wrought by coronavirus lockdowns.

Instead of borrowing, he says additional funds for social programs can be found by cutting fat from the budget.

“For the Mexican government it is very important to send a signal that there is a very strong commitment to avoid further indebting the country,” he said.

Herrera’s budget forecast the economy would contract 8% this year, a somewhat rosier view than the central bank’s worst-case scenario of a 13% slump.

He also predicted 4.6% growth next year, significantly better than the bank’s gloomiest prediction.

Herrera said there would be growth in real terms for public health spending, and for road-building and other infrastructure, which he said would be a source of jobs.

He also reiterated Obrador’s promise of no new taxes or tax increases this year.

The budget proposes lowering debt as a proportion of gross domestic product by the end of next year. Despite that goal, the government recently gave itself more room for debt to rise to 70% of GDP if needed over the next four years.

Mexico’s primary budget balance - which excludes interest payments on existing debt - will be nil next year, the budget proposes. It includes a revision of the figure for this year, from a 0.6% deficit to a 0.2% surplus.