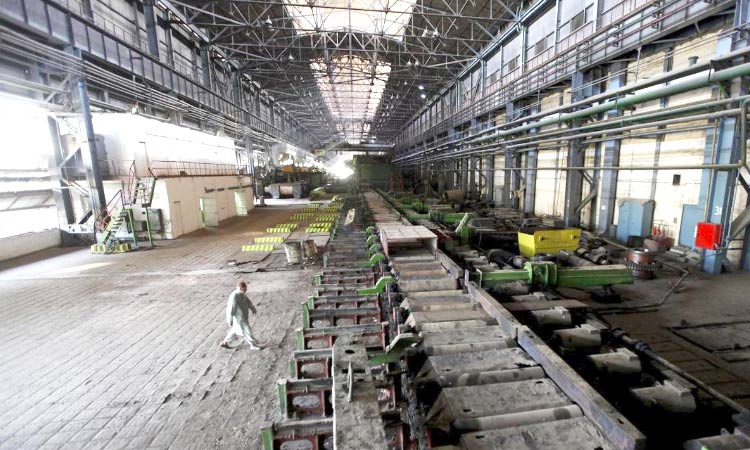 Federal Minister for Privatization Mohammed Mian Soomro chaired the Privatization Board (PC) meeting in Islamabad. The PC Board members and senior officials of the Ministry attended the important meeting.

In the meeting various matters relating to Pakistan Steel Mills, status of hiring of Financial Advisory Consortium for Roosevelt Hotel, offloading of OGDCL and PPL shares, Guddu Power plant and Sindh Engineering Limited were discussed. The PC Board approved the transaction structure for the revival of Pakistan Steel Mills Corporation (PSMC) which has not been operational since June 2015. PSMC was one of the premier state owned enterprises which started its commercial operations in early eighties and had played a pivotal role in the economy of the country when it was fully operational.

The Terms of reference (TORs) for hiring of financial advisors (FAs) for Roosevelt Hotel, owned by PIA were also deliberated upon by the Board members.

The PC Board also discussed divestment of up to 10% of GOP shares in Pakistan Petroleum Limited (PPL) and up to 7% shares in OGDCL. After extensive discussion on transaction fundamentals, market conditions and Pros and Cons of various options the Board decided: PC to proceed for hiring of Financial Advisors Consortium (FAC) for divestment of 10% of GOP shares in PPL. Moreover, proposals from FAC will be obtained for documented as well as undocumented modes of transactions, the process for FAC hiring for OGDCL will commence once the hiring of FAC for PPL is completed. PC board decided to re-invite the EOIs for hiring of FAs for the privatisation of Guddu Power Plant due to exorbitant financial bid submitted by the top rank consortium earlier. The Privatisation Commission Board also decided to re-invite the Expression of Interest for the appointment of Financial Advisor Consortium (FAC) for the privatisation of Sindh Engineering Limited (SEL).