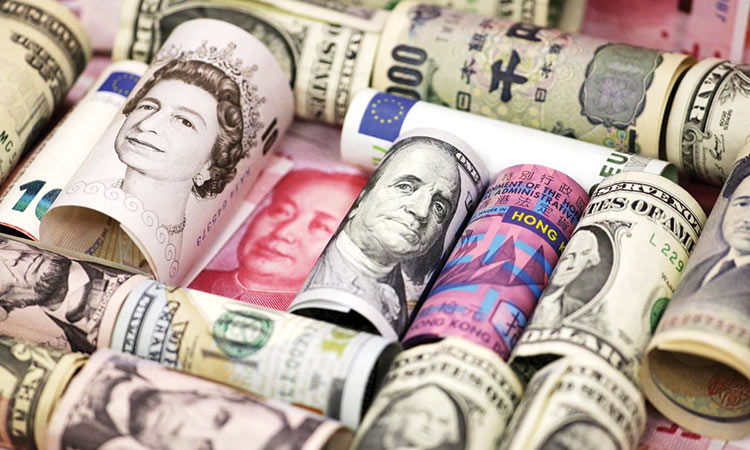 The US dollar fell and the Australian dollar and Chinese yuan rose after the United States and China both hailed a phone call between their senior trade officials as a success.

That reaffirmed investors' faith that even as diplomatic ties between the two countries fray, the trade relationship can endure.

On the call, which had been originally scheduled for Aug. 15, US Trade Representative Robert Lighthizer and Treasury Secretary Steven Mnuchin spoke with Chinese Vice Premier Liu He.

Sentiment, and support for riskier currencies over the dollar, was also boosted by a Financial Times report which said that US authorities were considering fast-tracking approval for a COVID-19 vaccine being developed by AstraZeneca and Oxford University.

Stocks moved further into record territory by FX moves were contained as markets were not expecting a breakdown of the trade deal and looking ahead to a speech from Federal Reserve Chairman Jerome Powell later in the week, which could shift the US dollar in either direction.

Investors were expecting he will sound dovish on Thursday at the Jackson Hole Symposium and might speak to speculation that the central bank could adopt a more accommodative stance on inflation.

"The potential dovish shift in Fed policy should be well priced in by now which should limit further downside potential for the US dollar," said Lee Hardman, currency analyst at MUFG.

"As the release of the latest FOMC minutes revealed, there is also some upside risk for the US dollar if Chair Powell’s disappoints dovish market expectations if any way," he said.

Investors were also looking ahead to Germany's IFO Business Climate index, due at 0800 GMT, and US consumer confidence figures at 1400 GMT for clues as to the relative performance of the two economies.

Softer-than-forecast data on both continents last week suggests there is downside risk, even though economists polled by Reuters forecast higher IFO numbers and stronger US consumer confidence.

The yen and other safe-haven currencies were in demand on Monday. The yen, regarded as a haven in times of market turmoil by virtue of Japan’s status as the world’s biggest creditor,