Promotion of digital economy is our next priority: Mohammed - GulfToday

Promotion of digital economy is our next priority: Mohammed 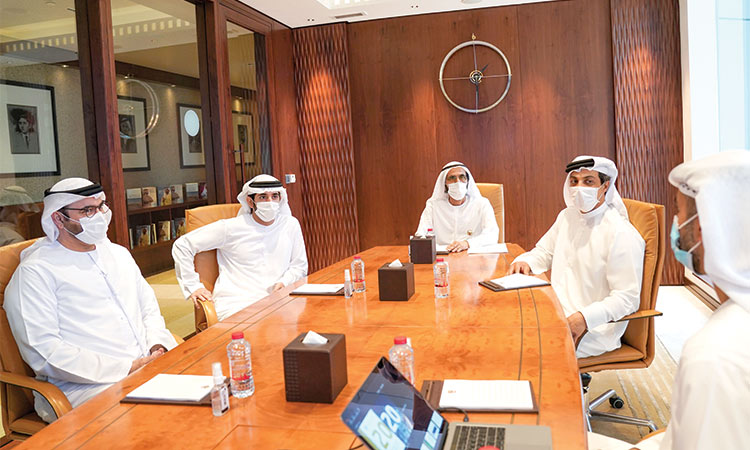 Business Bureau, Gulf Today
Vice President and Prime Minister of the UAE and Ruler of Dubai His Highness Sheikh Mohammed Bin Rashid Al Maktoum, said that the next priority of the UAE is to increase the contribution of digital economy in the national economy, and to promote smart infrastructure of the nation, as well as enhance the digital readiness of the UAE government to ensure business continuity regardless the circumstances.

Sheikh Mohammed also said digital economy is a key catalyst for the growth and development of new economic sectors, and increase our international competitiveness and in the economy of the future.

Sheikh Mohammed’s remarks came as he reviewed future work plans of Ministry of State for Digital Economy, AI and Remote Working Applications, in term of AI, digital economy, and remote work applications, as the country gear up to develop government work post COVID-19, given the importance of digital economy and smart application in managing businesses and supply chains locally and internationally.

Sheikh Mohammed said that digital economy’s contribution to local GDP in 2019 reached 4.3%, where a dedicated minister was appointed to handle this subject and double the number.

“Digital economy proved its importance and efficiency during the pandemic,” His Highness said. “Digital economy doesn’t require huge infrastructure or huge financial resources, as it requires brighter minds.” Sheikh Mohammed also said that the future holds many changes in the domain of healthcare, education and commerce, where have to be ready for it starting from today.

During the meeting, Omar Al Olama, UAE Minister of State for Digital Economy, AI and Remote Working Applications, briefed His Highness about plans if the ministry, which seeks to develop tools and infrastructure to further promote the UAE leadership in this domain.

Future Experts Programme: The Dubai Future Experts Programme, launched in December 2019 by Sheikh Hamdan Bin Mohammed Bin Rashid Al Maktoum, Crown Prince of Dubai, Chairman of the Dubai Executive Council and Chairman of the Board of Trustees of the Dubai Future Foundation, DFF, concluded its fourth module, which enhances the role of national talents across various government entities in shaping Dubai’s future over the next five decades.

Module four focussed on enhancing the skills of its participants in predicting scenarios and future trends and creating a visual map encompassing key factors that are likely to influence Dubai’s vital sectors over the next 50 years from 2021 to 2071.

Speaking about the initiative, Saeed Al Gergawi, Head of the Dubai Future Academy, said that the fourth component of the programme, which was launched as a collaboration between the Dubai Executive Council and the Dubai Future Foundation, focussed on enhancing the skills of its participants through practical work.

“Through identifying the most prominent developments likely to take place in the future, linking the expected scenarios to specific periods, and measuring the rate of progress, this course helped us design strategies that can significantly contribute to the success of Dubai’s government entities in anticipating the future,” he said.

“The programme reflects the ambitions of the foundation to empower government employees with the tools and applications necessary to make future foresight an essential element in designing solutions and proactive plans to address challenges,” Al Gergawi added.

The programme’s participants stressed that the programme was a qualitative addition to their expertise, and enabled them to acquire a set of innovative tools for drafting future scenarios.

Abdalla Al Ali from the Dubai Multi Commodities Centre, DMCC, stated that his participation in the programme’s fourth phase strengthened his skills in visualising the future based on innovative factors and ideas that can be combined across several sectors. 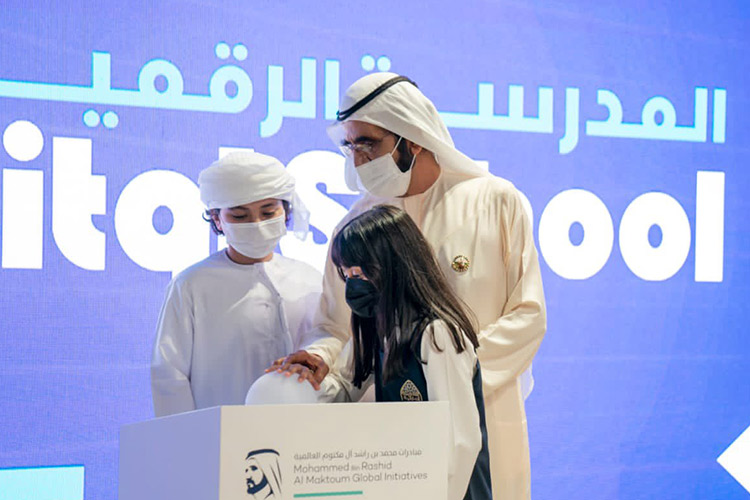 VIDEO: Mohammed launches Digital School for students in conflict zones across the globe

There are millions of children across the world with no access to education due to war and conflict. If we didn’t try to address this knowledge gap, we will fail to give our future generations a healthy environment to grow up, says Mohammed.