India’s fiscal deficit may rise to 6.8 per cent of GDP in FY21 - GulfToday

India’s fiscal deficit may rise to 6.8 per cent of GDP in FY21 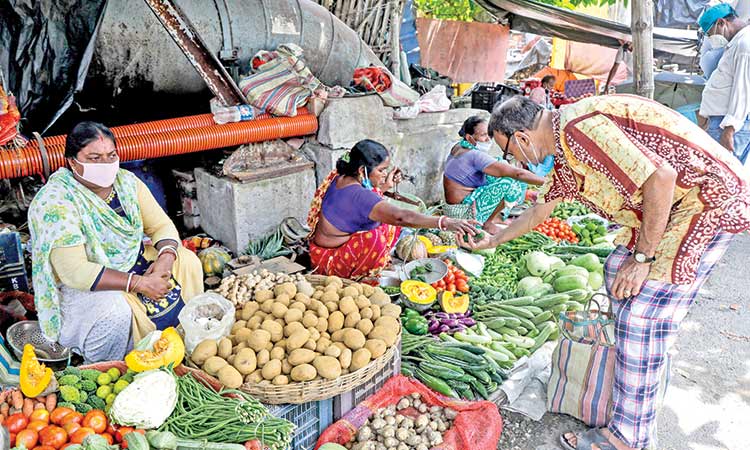 With economic disruptions set for a long haul due to COVID-19 pandemic, India could see its fiscal deficit this year to balloon to over 6.8 per cent of Gross Domestic Product (GDP), brokerages analysing the first quarter deficit numbers have said on Monday.

The Controller General of Accounts said that country’s fiscal deficit has expanded to 83 per cent of Budget Estimate in the April-June quarter primarily due to lower tax collection and higher expenditure for COVID-19 relief.

According to a report on Indian economy by Emkay Global Financial Services, low economic activity and lower tax collections coupled with expanded expenditure in schemes like Mahatma Gandhi Rural Employment Guarantee Act (MGNREGA), PM-KISAN and extension of Pradhan Mantri Garib Kalyan Yojana (PMGKY) till November, 2020 has created a scenario where the deficit would widen.

The current expansion (in deficit), the brokerage said, is primarily due to low economic activity in the last two months (e-way bill 7 per cent lower than last year in June-end) and an extension of the tax filing deadline to Aug’20.

“Capital spending has surged 40 per cent due to ways and means advances for FCI (high procurement) and road spending (base effect due to low spending in Q1FY19 due to elections); excluding these two, spending has declined by 4 per cent,” Emkay has said in its report.

The fiscal deficit is the total amount by which the government’s expenses for a year exceeds its revenues.

The concern on the deficit comes from the trend witnessed in the first quarter of current fiscal. Lower net revenue receipts and elevated expenditure has pushed the fiscal deficit to 83 per cent of budget estimate (BE) in the three month period of April-May. Moreover, Gross tax buoyancy is negative as direct tax collection declined 31 per cent yoy due to deferment in tax filing date, and indirect tax collection fell 34 per cent yoy due to deferment in GST fillings and abnormally low economic activity.

We believe that gross tax collection to fall 5.3 per cent yoy in FY21e due to a sharp slowdown in the nominal GDP growth. The ‘Vivad Se Vishwas’ scheme has been factored in this assumption.

“We believe that gross tax collection to fall 5.3 per cent yoy in FY21, on a sharp slowdown in the nominal GDP growth. Vivad Se Vishwas scheme has been factored in this assumption. Non-tax revenue collections have also declined by 55 per cent yoy on lower mobilisation of economic receipts,” Emkay said in its report justifying high deficit numbers for this year.

The expectations of a significant increase in telecom auction of Rs one lakh crore is also unrealistic. We believe that a shortfall for the same would be Rs 75,000 crore. There has been no disinvestment activity so far, and the target of Rs two lakh crore looks unrealistic. The gap between National Saving Schemes (NSS) rates and deposits rates have again widened to 120bps, which again gives an edge to NSS instruments over bank deposits, the brokerage report said.

The government has used the escape clause in Fiscal Responsibility and Budget Management Act (FRBM Act) for FY20 and FY21 as fiscal deficit has been expanded by 0.5 per cent of the target to 3.8 and 3.5 per cent of respectively.