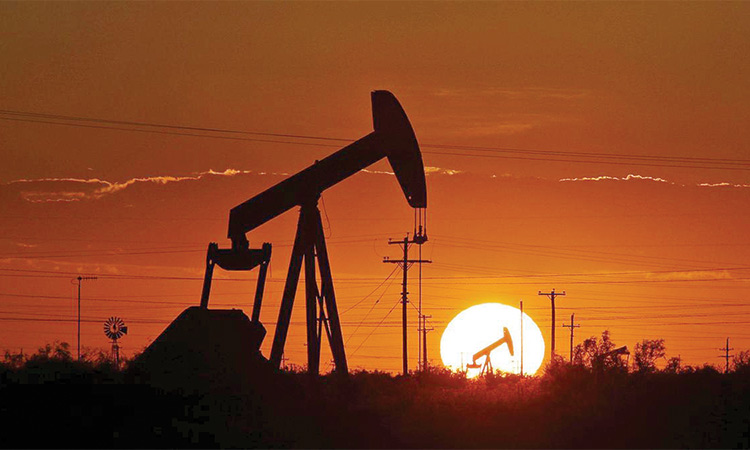 Oil prices were flat on Friday as support from a weaker dollar was offset by tensions between the United States and China.

"Oil... lost its lustre as demand-side jitters returned to the fore of concerns. Not even an ailing dollar could spare bulls’ blushes," PVM analysts said in a note.

"Both crude benchmarks are roughly back where they were before this week’s upside breakout. Looking ahead, the oil market will likely settle back into a wait-and-see mode amid the increasingly uncertain environment."

China ordered the United States to close its consulate in the city of Chengdu on Friday, responding to a US demand this week that China close its Houston consulate.

The dollar slid to 22-month lows against a basket of currencies.

Oil inches up, but concerns over demand recovery cap gains

A weaker dollar usually spurs buying of commodities priced in dollars such as oil because they become cheaper for holders of other currencies.

The US economic outlook has darkened in the past month amid renewed lockdowns in some states from surging coronavirus cases, according to economists in a Reuters poll.

The number of Americans filing for unemployment benefits hit 1.416 million last week, unexpectedly rising for the first time in nearly four months, suggesting the US economic recovery is stalling amid a resurgence in COVID-19 cases.

Globally, more than 15 million have been infected and over 620,000 have died.

While the rise in infections has fanned fears of renewed government lockdowns, worries that oil demand could be hit have been exacerbated by tensions between the United States and China - the world's top two oil consumers.

In China, congestion at east coast oil ports is adding to costs for shippers and importers even as fuel demand stalls.

Still, the bank lowered its oil market surplus forecast for 2020 to an average of 2.5 million barrels per day (bpd) from 3.5 million bpd previously.