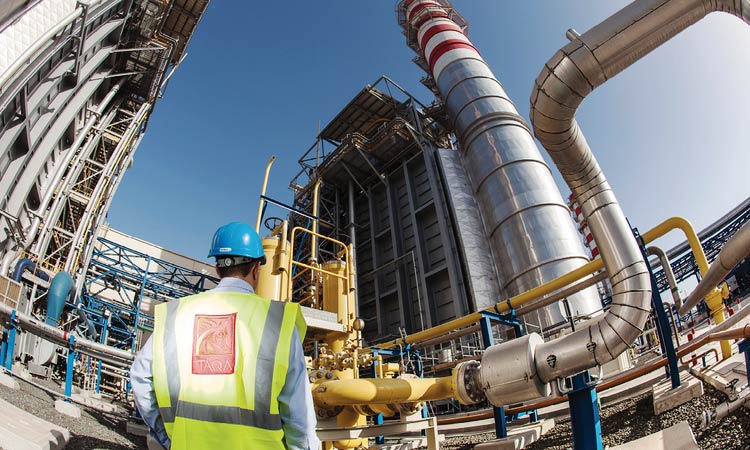 Taqa, the Abu Dhabi National Energy Company on Monday announced that its earnings for the first quarter of 2020 has seen revenues decline 9 per cent to Dhs4 billion, reflecting a 21 per cent drop in the price of oil and gas sold by the company on the same period last year.

In a statement, Taqa, also known as ‘the Group’, said that EBITDA also fell 18 per cent to Dhs1.9 billion, reflecting weaker revenues as well as higher operating expenses within the Oil and Gas business.

“As a result of the significant and prolonged effects on oil demand due to COVID-19, and in line with peers, the Group reduced its 2020 and 2021 oil price assumptions, requiring a write down of the Group’s carrying amounts of certain oil-specific assets with a post-tax, bottom-line impact of Dhs1.5 billion. The loss attributable to Taqa’s shareholders for Q1 2020 was Dhs1.7 billion driven by the above-mentioned impairment charges,” the statement read. Taqa’s liquidity as at quarter-end remained strong at Dhs11.9 billion, including Dhs2.6 billion in cash and cash equivalents and Dhs9.3 billion of undrawn credit facilities.

Despite the challenging start to the year, Taqa said it is looking ahead and is well positioned to continue benefiting from stable revenue streams.

The transaction to transfer the majority of Abu Dhabi Power Corporation’s water and electricity generation, transmission and distribution assets to Taqa, was approved earlier in April by Taqa’s shareholders and remains scheduled to close in the third quarter of 2020.

“Once the transaction completes, Taqa will be a top-10 integrated utilities player in Europe, the Middle East and Africa, EMEA, by regulated assets and one of the largest publicly listed companies in the UAE, based on market capitalisation. TAQA will generate recurring, stable income with more than 85 per cent of its revenues and EBITDA coming from regulated and long-term contracted businesses, supplemented by oil and gas assets.