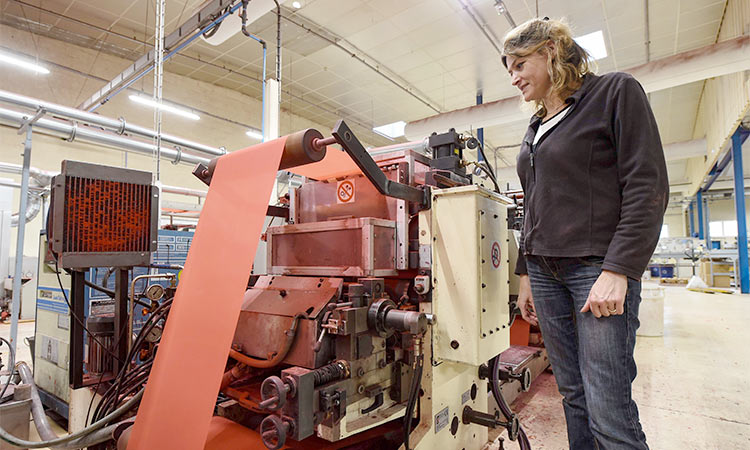 An employee at a tissue paper making unit in Tuffe, France Agence France-Presse

French business activity rebounded more than expected in June, returning to growth after three months of an unprecedented downturn induced by the nationwide coronavirus lockdown, a survey showed on Tuesday.

Data compiler IHS Markit said a preliminary reading of its monthly Purchasing Managers’ Index (PMI) jumped to 51.3 point in June, breaking through the 50-point mark dividing an expansion from a contraction.

That was a sharp improvement from May’s final reading of 32.1, not to mention the record low 11.1 hit in April, and also far exceeded economists’ average forecast in a Reuters poll for a reading of 46.3.

“The latest PMI data suggests that France is finally entering a period of recovery as we move past the peak of the coronavirus crisis,” IHS Markit economist Eliot Kerr said.

“The further loosening of restrictions has allowed some semblance of normality to resume, with many businesses and workers returning to work, particularly in the manufacturing sector.”

The French government put the eurozone’s second-biggest economy under stringent lockdown conditions in mid-March to curb the spread of the coronavirus and only began lifting restrictions on May 11.

The survey’s sub-index for the manufacturing sector surged to 52.1 from 40.6 in May, rising to its highest point since September 2018 and comfortably beating the average projection in a Reuters poll of 46.0.

In both sectors, new orders continued to fall even though most businesses have been able to return to work as restrictions were gradually lifted

Detailed PMI data are only available under licence from IHS Markit and customers need to apply for a licence.

France hopes to reach an agreement with the 26 other members of the European Union on a proposed 750 billion euro recovery fund in July, a presidential adviser said on Wednesday ahead of a video conference between EU leaders on Friday.

The EU has proposed a 750 billion euro aid package to help countries deal with the fallout from the coronavirus crisis, echoing a Franco-German deal presented earlier, but some frugal northern European nations led by Austria and the Netherlands have been deeply sceptical.

“It’s in no one’s interest to see the situation get bogged down,” the adviser said, adding that ‘giant steps’ had been made in recent weeks, including securing the backing of all EU countries for a joint debt mechanism to fund the package.

“Everyone agrees we need a significant and urgent recovery plan and a debt mechanism, which is no small feat,” the adviser said

However, he said differences remained over whether to distribute funds in the form of grants to the hardest-hit countries like Italy or via loans, as supported by the so-called “Frugal Four” group of countries.

“I think there are nuances between the so-called Frugals group,” he said, seeing “room for manoeuvre” in negotiations.

“We would all have a price to pay if Europe got stuck into a rut again,” he added, pointing to the fact the recovery fund was already largely priced in by financial markets and supported by public opinion across Europe.

Waiting to agree on the budget and recovery fund until September would not be ideal, the official said, because of other crises piling on, including Brexit talks and a new flare up of the migrant crisis.

Meanwhile, European shares rose to a near two-week high on Tuesday, powered by cyclical stocks after latest economic data signalled that business activity in the continent was rebounding faster than expected from a coronavirus-driven slump.

The pan-European STOXX 600 index rose 14% as economically sensitive sectors such as banks, automakers and insurers jumped between 2% and 35%.

“It would no longer surprise me if the data is a surprise on the upside,” said Daniel McDonagh, head of European portfolio management team at Pyrford International, part of BMO Global Asset Management “The big question still is whether we can proceed on the exit strategy from the lockdown in a smooth manner and really avoid a step backwards.” 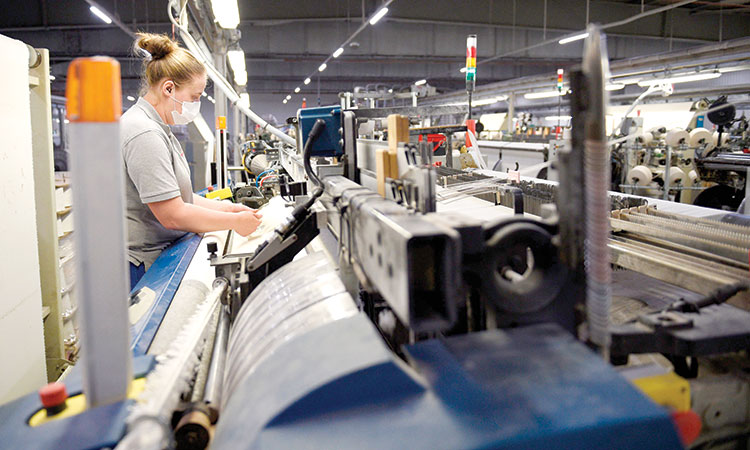 France’s economy will take two years to recover from its worst post-war recession, triggered this year by the coronavirus outbreak, the central bank (CB) said.