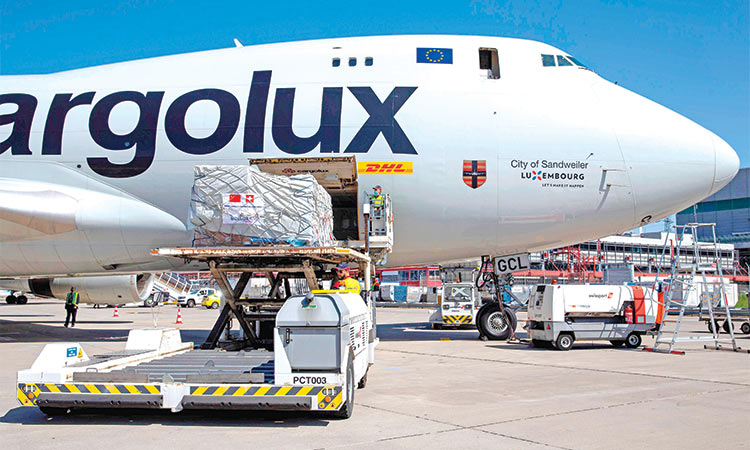 Cargo unloaded from an aircraft at Geneva Airport in Switzerland. Agence France-Presse

An air cargo boom driven by demand for protective gear against the coronavirus has peaked and rates, while still 50% above normal levels, are falling in a worrying trend for airlines relying on freight revenue in the absence of passengers.

Declining prices may deal a blow to carriers that are scrambling to move cargo to offset weak passenger revenues as they rebuild networks by flying reopened routes with half-empty cabins.

“The early-mover advantage has disappeared and I can see why some of the rates are coming down,” said Phil Seymour, president of aviation consulting firm IBA. “The market is becoming flooded with belly freight capacity.”

About half of the air cargo carried worldwide normally flies in the belly of passenger jets rather than in dedicated freighters.

But flight cuts due to weak travel demand squeezed freight capacity at a time when demand for masks, gloves and other protective gear was surging, leading many airlines to fly empty passenger jets as freighters.

Global air cargo capacity was down 27% in the week starting May 31 compared with a year ago, according to Accenture data, but capacity is rising as passenger flights return.

Air freight rates from China to the United States surged to more than $7 a kilogram in April and May and China-Europe rates were at more than $6 a kilo, Frederic Horst of Cargo Facts Consulting said. Rates have since softened, although they remain 40%-50% above normal levels closer to $3 a kilo, he added.

“I wouldn’t say they have come back to earth, but they are heading toward it,” Brian Bourke, chief growth officer of US-based SEKO Logistics said of rates.

The International Air Transport Association estimates cargo will contribute 26% of airline industry revenue in 2020, up from 12% in 2019, due mostly to a sharp fall in passenger revenue that will lead to forecast losses of more than $84 billion.

Air freight demand had been depressed before the pandemic due to subdued global economic growth and a US-China trade war and recessionary conditions will make for a slow recovery, said Oliver Plogmann, Singapore-based aviation lead at Accenture.

“We estimate around 100 passenger freighters are flying globally and we think the number is going to reduce over the next weeks and months when more capacity comes back into the market because it is simply not viable,” he said.

Hong Kong’s Cathay Pacific Airways Ltd, one of the world’s biggest freight carriers, said last week that demand for medical supplies had softened in the latter half of May. It flew nearly 900 cargo flights with passenger planes in May but that could be reduced as demand falls.

Taiwan’s China Airlines Ltd said it was concerned about the outlook for cargo given there was no obvious global economic recovery trend.

“PPE (personal protective equipment) via air freight has drastically slowed down in the last couple of couple weeks, and it’s probably because the second round can afford to go ocean freight,” said David Goldberg, chief executive of DHL Global Forwarding USA.

Logistics group C.H. Robinson said it helped the state of Minnesota save $500,000 in shipping costs for surgical gowns by selecting fast boat services over air freight.

Meanwhile, the head of the Federal Aviation Administration, Steve Dickson, acknowledged on Wednesday that Boeing Co and the US air safety agency both made mistakes on the 737 MAX jet, but rejected senators’ accusations the FAA was “stonewalling” probes after two fatal crashes.

Boeing’s 737 MAX has been grounded since March 2019 following crashes in Indonesia and Ethiopia that killed 346 people, triggering multiple investigations into how the plane was certified as safe.

In a particularly tense exchange at a Senate Commerce Committee hearing on aircraft certification, Senator Ted Cruz accused Dickson of speaking in the passive voice as a way of “avoiding responsibility” after Dickson told him, “Mistakes were made.”

“So unknown somebodies made unspecified mistakes for which there were no repercussions,” Cruz said. “What mistakes were made and who made them?”

After a pause, Dickson said, “The manufacturer made mistakes and the FAA made mistakes in its oversight.” Dickson then referred to Boeing’s development of a flight control system that repeatedly pushed down the jet’s nose in both crashes as pilots battled to gain control. “The full implications of the flight control system were not understood as design changes were made,” he said. 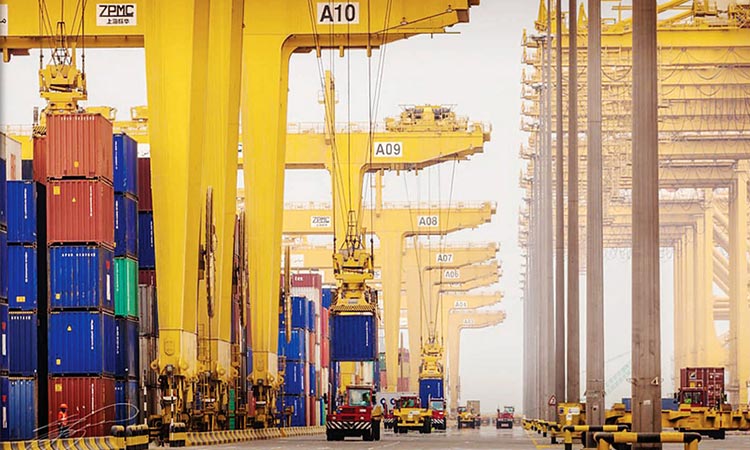 The UAE e-commerce market is poised to grow to $17.8 billion in 2020, and the logistics providers they choose will play a key role in the exponential growth of online shopping, according to industry specialists.