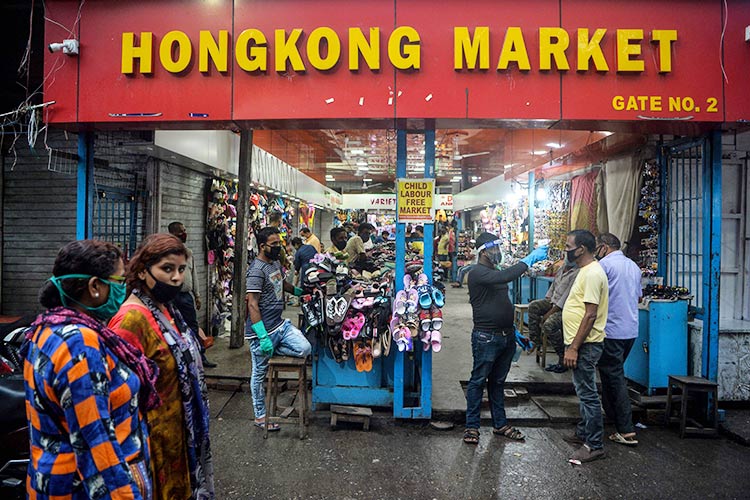 Customers have their body temperature checked at the entrance of 'Hong Kong Market' in Siliguri. AFP

Fitch cut its outlook on India’s sovereign rating to “negative” from “stable” on Thursday and forecast a 5% contraction in growth for the current fiscal year, saying the coronavirus outbreak was extracting a heavy toll on the economy.

However, Fitch maintained its India rating at ‘BBB-’, the lowest investment grade.

The move comes after Moody’s downgraded India earlier this month to a notch above junk, falling in line with other global agencies, while also cutting its outlook to ‘negative’. But S&P shortly after affirmed its rating and maintained a ‘stable’ outlook.

Fitch said it expected India to rebound with growth of 9.5% in 2021/22, mainly due to a low base but highlighted that its forecasts are subjected to considerable risks due to continued rise in new COVID-19 cases as nationwide lockdowns are eased gradually.

The agency said the medium-term fiscal outlook is of particular importance from the rating perspective, but is subject to great uncertainty and would depend on the level of GDP growth and government’s policy intentions.

Fiscal metrics have deteriorated significantly and Fitch said it expects government debt to jump to 84.5% of GDP this year from 71% last year and sharply higher than the median 52.6% for other similar rated countries in 2020.

“It remains to be seen whether India can return to sustained growth rates of 6% to 7% as we previously estimated, depending on the lasting impact of the pandemic, particularly in the financial sector,” they wrote.

PIF, the sovereign wealth fund of Saudi Arabia, as part of its mandate to diversify its economy, has made its largest investment into the Indian economy to-date. This investment is in line with PIF’s strategy and mandate of investing in sectors and companies that generate long-term commercial returns to drive Saudi Arabia’s economic transformation as part of the Vision 2030 objectives.

Mukesh Ambani, Chairman and Managing Director of Reliance Industries, said, “We at Reliance have enjoyed a long and fruitful relationship with the Kingdom of Saudi Arabia for many decades. From Oil Economy, this relationship is now moving to strengthen India’s New Oil (Data-driven) Economy, as is evident from PIF’s investment into Jio Platforms.

Yasir Al-Rumayyan, Governor of PIF, commented: “We are delighted to be investing in an innovative business which is at the forefront of the transformation of the technology sector in India. We believe that the potential of the Indian digital economy is very exciting and that Jio Platforms provides us with an excellent opportunity to gain access to that growth.

Meanwhile, Indian shares were flat on Thursday ahead of a Supreme Court hearing over dues owed by telecom companies to the government, with rising Indo-China tensions and a spike in coronarvirus cases weighing on sentiment.

“Many variables are playing at the moment and the development with China could be perceived as negative by external buyers,” said Rusmik Oza, head of fundamental research at Kotak Securities in Mumbai.

Shares of Bharti Airtel Ltd were up 0.4%, while those of Vodafone Idea Ltd were flat ahead of the hearing. Meanwhile, MSCI’s broadest index of Asia-Pacific shares outside Japan lost as much as 1% as a spike in coronavirus infections in some US states and China dampened hopes of a quick economic recovery. 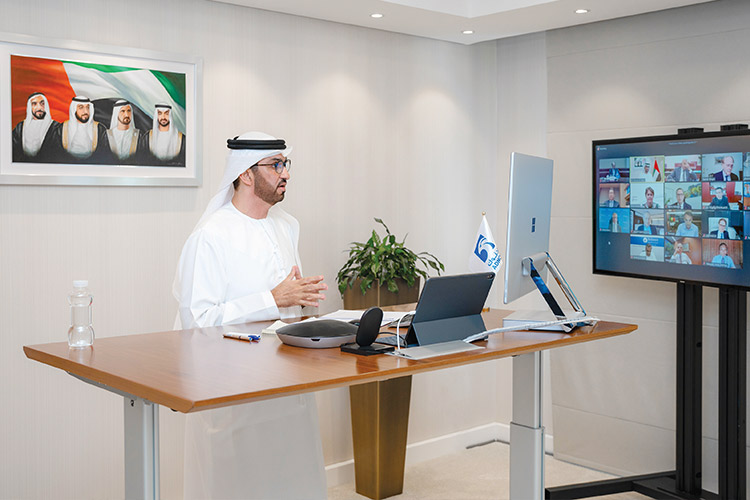 The CEOs shared lessons learned and best practices in ensuring the safety of employees, safeguarding business continuity, and building resilience as they continue responding to COVID-19.