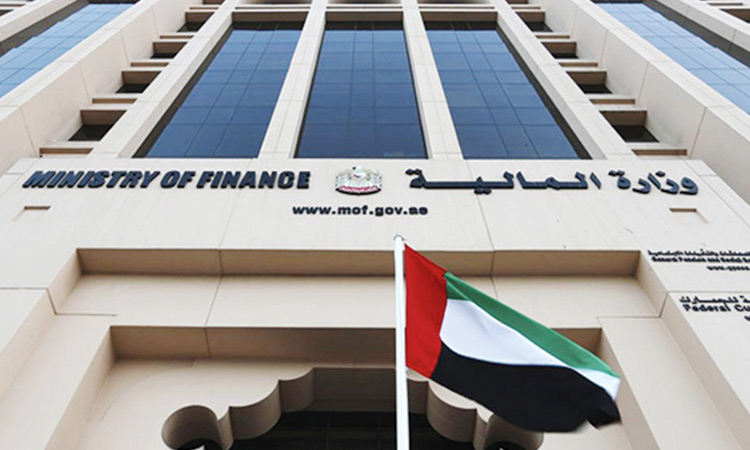 The Ministry of Finance (MoF) has announced on Sunday the successful launch of the first phase of government entities to transition to accrual accounting.

The process all took place during the work-from-home period, and demonstrates the creativity and flexibility afforded by the ministry, through the various remotely applied tech-solutions to ensure the development of the federal government financial system, said a MoF statement on Sunday.

The ministry used telecommunication platforms to host virtual meetings and trainings for users of the federal government financial system, and included online surveys to collect feedback on the training and testing sessions to ensure the system’s efficacy.

The transition to accrual accounting represents a critical step that increases the efficiency of the federal budget and improves public financial management in the country. The first phase of the project included the Ministry of Economy, the Ministry of Community Development, the Ministry of State for Federal National Council Affairs, the Federal Tax Authority, the Federal Customs Authority and the UAE Space Agency.

Sheikh Hamdan bin Rashid Al Maktoum, Deputy Ruler of Dubai and Minister of Finance, reaffirmed the UAE government’s keenness to plan for the future through innovative projects that support the wise leadership’s vision to make the UAE the best country in the world by the UAE Centennial 2071. He also indicated that the successful launch of the accrual accounting programme is another step towards achieving the goals of the UAE Vision 2021, which aims to enhance the country’s position on global competitiveness indices.

Sheikh Hamdan lauded the cooperation between federal authorities with the Ministry of Finance in the launch of this project, praising their keenness to improve government work and resource management in accordance with the best international standards.

He noted that the Ministry of Finance will continue to work with its partners to launch strategic initiatives that reflect the ministry’s regional and global leadership in managing financial resources to achieve comprehensive and sustainable development across the country.

In turn, Obaid Humaid Al Tayer, Minister of State for Financial Affairs, noted that the launch of federal government transition programme was a success, despite the exceptional circumstances that country and world are witnessing. There were continuous efforts from the teams in MoF in cooperation with all federal entities, as MoF led and directed 36 federal entities during the transition phase.

It also organised interactive sessions and training workshops, and applied new financial transactions based on accrual accounting. Work is still ongoing to launch the second and third groups of the transition programme, based on the approved plan.

“An accrual basis of accounting will have a positive effect on the country’s economy and society, in terms of achieving the development and sustainability of the financial system, as well as managing the financial resources of the federal government efficiently and effectively. It will also enable competent authorities to enhance the transparency of financial reports in line with the requirements of the International Monetary Fund and global competition standards,” Al Tayer added.

Sultan bin Saeed Al Mansouri, Minister of Economy, said that the UAE government’s transition programme from cash basis accounting to accrual accounting is a vital step in public financial management - one that will enhance the UAE’s leadership in government, financial and economic performance in line with the best international standards.

Al Mansouri added that the Ministry of Economy was included in phase one of the transition programme and launched the new financial system after completing the inventory of assets and balances, training personnel, and approving the required financial reports and analyses. The ministry began to adopt accrual accounting in the beginning of June 2020.

He assured that the implementation of the final phase of this project at the federal government level will have a significant positive impact on the economy and society in the Emirates. It will also allow for high-quality financial data, which will improve government spending management, and will strengthen the UAE’s position on several global indices.

For his part, Dr. Abdul Rahman bin Mohammad bin Nasser Al Owais, Minister of Health and Prevention and Minister of State for Federal National Council Affairs, said that the UAE continues its march to excellence and development in all fields and sectors in a manner that enhances its standing in the world.