Pakistan’s budget deficit likely to be more than Rs3,427 billion 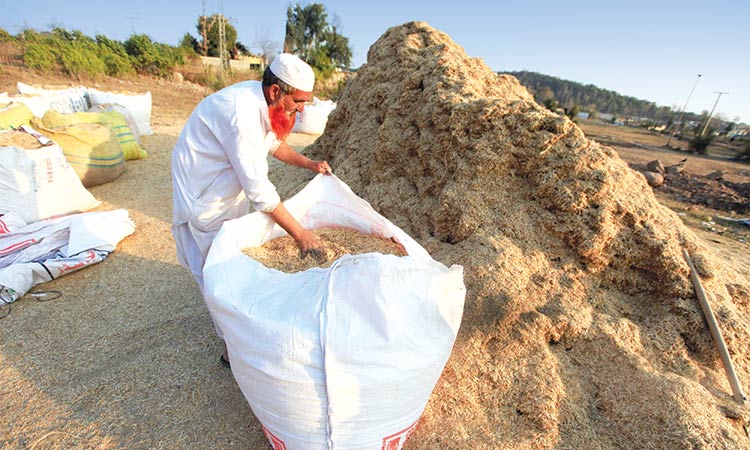 A man fills a sack of wheat husk along a roadside in Islamabad, Pakistan. File/Reuters

Prime Minister Imran Khan has chaired meeting of National Economic Council (NEC) in Islamabad and deliberated on economic affairs of the country.

According to details, the participants have suggested to cut federal and provincial development budgets by 18 per cent. They have also talked on setting Rs11,413 billion for development projects from the overall budget.

According to sources, the budget deficit is likely to be more than Rs3,427 billion while Rs3,235 billion will be spent on interest and repayment of loans.

An allocation of Rs1,402 billion for defense has also been proposed in the upcoming budget.

Maintaining the target of economic development at 2.3 per cent for next fiscal year was also discussed during the meeting.

It is to be mentioned here that federal budget for the fiscal year 2020-21 with total outlay of Rs7,600 billion will be presented today (Friday).

According to budget document, the growth rate in the construction sector is set at 3.5 per cent. The energy sector growth target has been set at 1.4 per cent.

The growth rate in the services sector is set at 2.8 per cent.

Meanwhile the National Assembly witnessed introduction of four government bills which were referred to the relevant committees for further deliberations.

The house has resumed discussion on the challenge posed by locusts.

The members said the locusts have badly affected crops in different districts of the country and demanded that sufficient resources should be allocated to cope with this challenge. They said the crop devouring pests have become a more serious issue than Covid-19 and the affected districts should be cleared through aerial sprays.

Those who have so far spoken on the issue include Khawaja Sheraz Mahmood, Ghulam Mustafa Shah and Sabir Hussain Qaimkhani.

Speaking in the National Assembly on Wednesday, Minister for Communications Murad Saeed said the revenue of Pakistan Post has significantly increased under the present government. He said our first year saw seventy per cent and the second year one hundred and ten per cent increase in its revenue.

The Minister regretted that the previous governments left all the state owned enterprises into losses including Pakistan Steel Mills, Pakistan International Airline and Pakistan Railways. He said we are reforming these entities and its benefit will reach the masses.

Regarding coronavirus, the Minister said the federal government provided Personal Protective Equipment, Masks and ventilators to the provinces. He said we are strengthening our healthcare system in this time of crisis. He said we have also given a mega stimulus package of 1200 billion rupees to provide succor to different segments of society during these testing times.

Speaking in the National Assembly on Wednesday, he said the preliminary report will be presented before the house on 22nd of this month. He said the decoding of voice and data boxes have been done and this will be made part of the inquiry to make it credible. He said the International Pilots Association has now been requested to provide one pilot and one technician to help in the investigation of the crash. 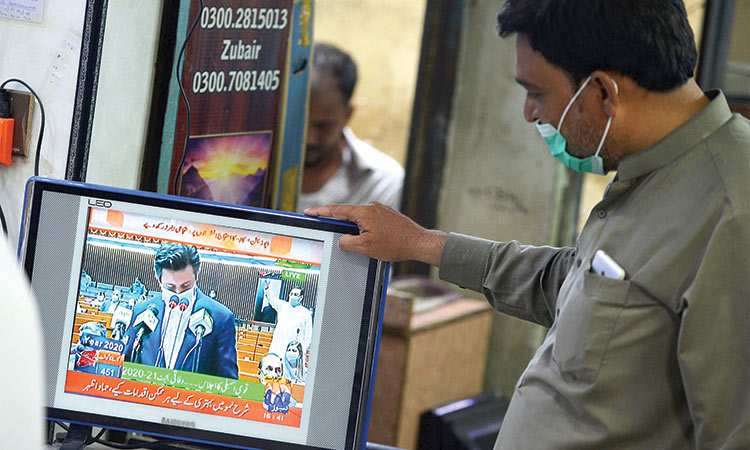 The Rs7.13 trillion tax-free deficit federal budget was presented in the National Assembly on Friday with its major portions allocated for debt servicing and defence.