Digital bank accounts in the offing for overseas Pakistanis - GulfToday 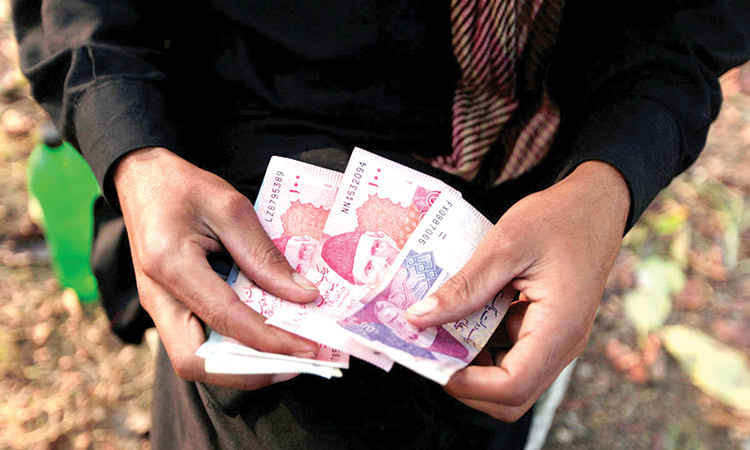 SBP urged to intervene in currency fluctuation to save Pakistan’s economy. Reuters

“They will not have to be physically here in Pakistan nor visit any consulate in their country of residence. No documents will be required as this will be opened through a paperless experience,” the governor said during a webinar, Pakistan Economy: Post Covid 19, Central Bank’s Perspective.

The expats will be able to use this digital bank account for various services. These include, but are not limited to, payments for utility bills and credit card purchases and investment into the government’s treasury bills on attractive profit rates, Baqir said.

Overseas Pakistanis will be able to invest directly into the Pakistan Stock Exchange and various savings schemes, such as National Savings Certificates on special profit rates, he said.

“Down the line, they will also be given the option to invest in real estate schemes,” he said, adding more details about this product will be shared when they will make a formal announcement.

Pakistan’s remittances dropped 5 per cent in March and are likely to reduce further because of the ongoing economic slump.  Ashfaq Yousuf Tola, chairperson of the Economic Advisory and Government Relationship Committee, questioned what the central bank is doing in this regard.

Baqir responded by saying the SBP is considering opening new financial channels for Pakistani diaspora abroad. The purpose is to facilitate expats, engineers and doctors, for example, who have significant savings to invest, which will eventually support the country’s foreign exchange reserves.

Pakistani rupee hit over 40-day low on Wednesday as demand for the US dollar increased after the government reopened more sectors of its economy following the lockdown due to Coronavirus.

The rupee, which has been continuously losing over the past month against dollar and other major currencies, hitting 45.05 against the UAE dirham and 165 versus greenback on Wednesday morning.

The reopening of the economy will result in more demand for the US currency by exporters in the near future, which will put further stress on the rupee.

The Islamabad Chamber of Commerce and Industry (ICCI) has strongly resented the volatility of rupee against dollar as it has shaken the confidence of business community and would cause devastating impact on the overall economy.

It called upon the State Bank of Pakistan (SBP) to immediately intervene in order to stabilise rupee against dollar that was vital for saving the economy from disastrous consequences of currency fluctuation.

He said that approximately $200-300 million were expected on due dates of forwarding booking, but non-maturity of this amount has created shortage of dollars in the market leading to sharp fall in the value of rupee.

He said that due to Covid-19, all major export markets of Pakistan have been badly hit due to which export orders for Pakistani products have declined. He said that keeping in view the emerging situation of Covid-19, SBP should have visualised the whole scenario as it was very likely that spread of Covid-19 in our major export markets would dampen demand for our exports.

He said that due to rise in the cost of imports, production cost would further go up that would affect the competitiveness of our exports. He said Pakistan’s imports were much higher compared to its exports and rupee depreciation would thus bring more problems to the overall economy. He cautioned that if rupee continued to fall, it would badly affect the trade and industrial activities leading to bankruptcy of many SMEs.

He, therefore, called upon the SBP to make immediate intervention to bring stability in the value of domestic currency as the continuous fall in the value of rupee would hike the cost of imports manifold.