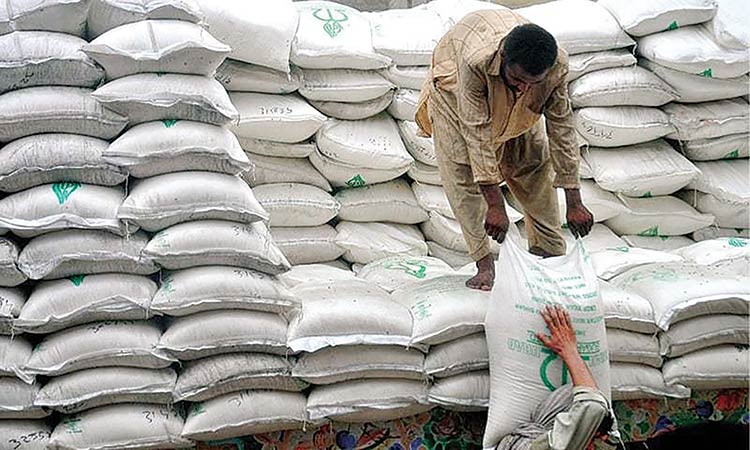 PSMA established as a representative organisation of all Sugar Mills in Pakistan.

Pakistan Sugar Mills Association (PSMA) plays a pivotal role in promoting the development and attaining efficiency in the best interest of the sugar mills and sugar allied industries within the parameters of policy of the Government of Pakistan.

Pakistan Sugar Mills Association (PASMA) is based is Islamabad, Pakistan which was was registered in November 1964, established as a representative organisation of all Sugar Mills in Pakistan.

Speaking at a news conference in Islamabad, the Special Assistant said previous government of Pakistan Muslim League-Nawaz granted Rs26.6 billion while the former Prime Minister Shahid Khaqan Abbasi, alone, had given a subsidy of Rs20 billion on the influence of Salman Shahbaz.

“Commission’s report is an indictment against Ex-PM Abbasi” Akbar addressing a press conference in Islamabad said, adding, total subsidy of Rs29 billion was given to sugar mills in last five years. Out of Rs29 billion, Rs2.4 billion subsidy was given by the incumbent Government of Punjab, Akbar said.

He exonerated the federal government of Pakistan Tehreek-e-Insaf (PTI) in giving any subsidy on Sugar in its tenure but only allowed to export the surplus sugar, adding, the investigation report of the sugar commission is comprehensive and an eye opener.

He said the credit goes to the government of Pakistan Tehreek-e-Insaf (PTI) who probed sugar scam, collected evidence, made the report public and now going to take corrective measures.

Sindh Minister for Information Syed Nasir Hussain Shah said Prime Minister Imran Khan gave permission for the sugar export that eventually led to a shortage of commodity in the country and a subsequent price hike.

The provincial minister said that it was surprising that the price of the sugar was about Rs 50-53 when the opposition was in power, but when the ‘self-righteous’ Pakistan Tehreek-e-Insaf (PTI) assumed charge, the price skyrocketed to Rs80-83.

He said the sugar probe commission set up by Imran stated that the permission to export sugar was given by the PM himself. “People should know that their Prime Minister Imran Khan was also carrying the portfolio of the commerce minister, as Abdul Razak Dawood was merely a special assistant to the prime minister,” he added.

The provincial information minister said that the sole purpose of summoning Sindh Chief Minister Syed Murad Ali Shah and include him in the probe was to divert public attention. Speaking about the subsidy given to the Omni Group by the Sindh government, Shah said the Omni Group was given subsidy on sugar in 2017, adding that the time period was beyond the purview of the probe commission.

The commission in its report wrote about the subsidy given in 2017 by Ex-PM Shahid Khaqan Abbassi that on the basis of superficial calculations, a subsidy of more than Rs 20 billion was allocated from the public exchequer to the sugar mills.

He said Salman Shehbaz, son of opposition leader Shahbaz Sharif, was the facilitator who by leading the a cartel of Pakistan Sugar Mills Association (PSMA) manipulated the former PM Abbasi for giving subsidy of Rs 20 billion.

Shahzad Akbar said Omni Group was one of the biggest beneficiaries who got billions on account of subsidy in Sindh despite consent of the cabinet. The subsidy to the OMNI group was given via Sindh Bank.

He said irrespective of their party affiliation, the government would take action against all culprits exposed in the investigation report of the commission.

He said after the publication of the report, the Prime Minster Imran Khan would be briefed in the next week to direct the National Accountability Bureau (NAB), Federal Investigation Agency (FIA), Security and Exchange Commission of Pakistan (SECP) and other concerned departments to file references in the court of law, in light of the commission’s report.

The evidence collected by the Inquiry Commission clearly shows sugar mill owners in Pakistan booked Rs300 billion in profit in one year, which came from the pockets of farmers and taxpayers, the government said Wednesday.