US layoffs exceed 40m but some are returning to work - GulfToday 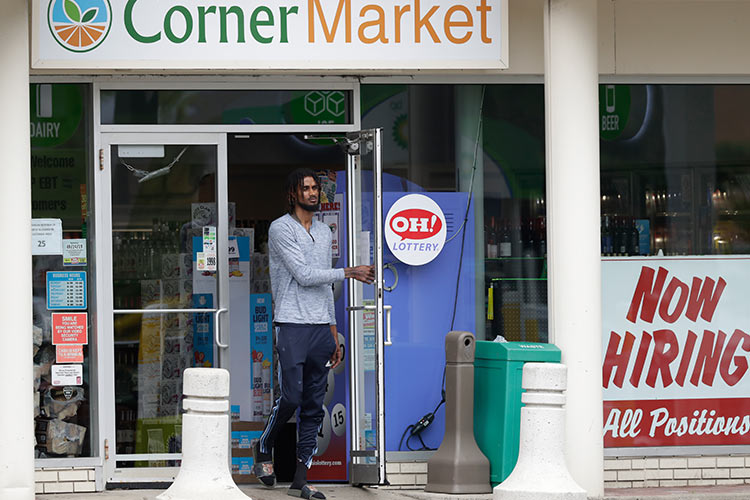 A sign 'Now Hiring' rests in a window as a man walks out of the Corner Market in Lyndhurst, Ohio, on Thursday. AP

Job losses on that scale have not been seen since the Great Depression early in the last century, and came as a new data showed the world’s largest economy shrinking by 5.0 per cent in the first quarter, a preview of much worse to come amid the COVID-19 recession.

The pace of layoffs passed their peak but continue in massive numbers, with the Labor Department reporting another 2.12 million workers making new claims for unemployment benefits in the week ended May 23.

The scale dwarfs even the worst week of the global financial crisis 12 years ago but is a decrease from the 2.44 million people who filed in the prior week.

Even so there are more than 21 million people relying on government payments, up from 1.7 million in the same week of 2019.

The White House Council of Economic Advisers said on Twitter the decline “suggests a substantial flow from unemployment to employment.” If sustained, it would be a positive development for President Donald Trump, who has cheered on states’ efforts to reopen as he faces a November re-election battle in which the health of the economy is set to weigh heavily on voters’ minds.

“We do have to, again, acknowledge that this is a challenging time for workers across the country. But we are reopening,” Scalia said on Fox Business Network.

Florida is one of the states moving most aggressively to resume business, and posted one of the largest declines in the insured rate.

California also saw a large decline, but Ian Shepherdson of Pantheon Macroeconomics said that was a technicality as unemployed workers in the state were not required to file for benefits in the latest week.

But he nonetheless expects weekly claims to drop below one million by the end of June and slow over the coming weeks.

“The dip in initial claims is consistent with Google search and advance state data, which tentatively point to a bigger drop next week,” Shepherdson said.

A separate Commerce Department report showed orders of manufactured goods − a key component of measuring GDP in the services-dominated US economy − plummeting by 17.2 per cent in April, following a 16.6 per cent drop in March.

Sales fell to $170 billion in April, the first full month of the lockdowns, compared to $246 billion before the virus struck.

Much of the trouble stemmed from struggling aerospace giant Boeing, which reported no new orders in April, as compared to 31 in March.

Like other companies nationwide, Boeing shuttered its US factories due to the pandemic, but has since resumed production. But the company and is planning to slash its workforce by 10 per cent and slow output.

Sales of motor vehicles and parts collapsed nearly 52.8 per cent compared to March.

All told, transportation orders collapsed by more than 47 per cent after the 43 per cent plunge in March. Excluding transportation, total durable goods sales fell just 7.4 per cent.

The Commerce Department also reported that US GDP fell 5.0 per cent in the first three months of the year, slightly worse than the 4.8 per cent drop originally reported, putting an end to a decade of economic expansion.

The drop was fueled by a collapse in consumer spending and exports, and was all the more dramatic given that the business shutdowns did not start to take effect until the final two weeks of the quarter.

Federal Reserve Chair Jerome Powell said the collapse in the April-June quarter could be as bad as 30 per cent, again in line with the Great Depression.

In an analysis, Oxford Economics said the Fed’s moves to inject liquidity and Congress’s stimulus measures have blunted some of the impact, but said “more will be needed and fear that policy fatigue could hinder the recovery.” 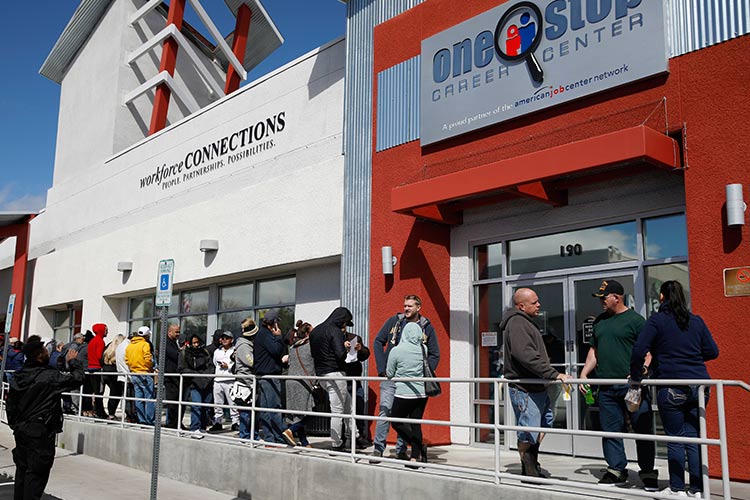