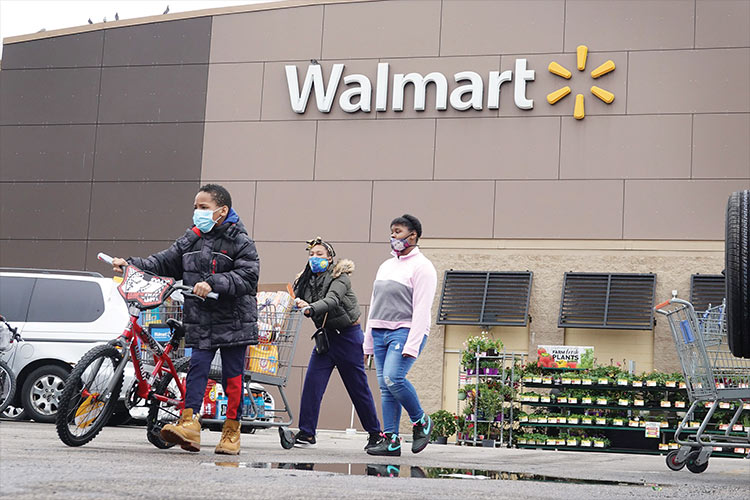 Walmart emerged among the winners of the coronavirus lockdowns, beating Wall Street’s quarterly revenue and profit forecasts and setting an online sales record as millions of consumers stocked up on food and cleaning supplies.

Shares in the world’s top brick-and-mortar retailer rose as much as 3.4% and are up about 7% so far this year, outpacing Wall Street’s blue chip index, which is down nearly 14% for the year.

Walmart, like many other essential businesses, has seen a surge in demand late in March and early in April, with consumers limiting their trips to the grocers under “shelter-in-place” orders but stockpiling staples.

The retailer said that though demand for toilet paper, surface cleaners and groceries tapered off after initial hoarding, government relief payments helped boost sales in the second half of April.

“Toward the end of the quarter, another phase emerged, call it relief spending,” Chief Executive Officer Doug McMillon told analysts. He said sales have risen for categories for products needed for DIY projects, such as bandanas and sewing machines, while bicycles were also in greater demand.

Walmart executives said the stimulus checks have helped deliver a good start to the second quarter, but they did not expect spending to continue at the same pace.

The company offered little insight beyond that and pulled its forecast for the full year, citing uncertainty caused by the pandemic. Walmart’s online business grew 74% in the first quarter ended April 30, as its investments in store pick-up and delivery paid off at the time when demand for such services soared. That drove their sales volumes to records, with the number of new customers rising four times since mid-March. 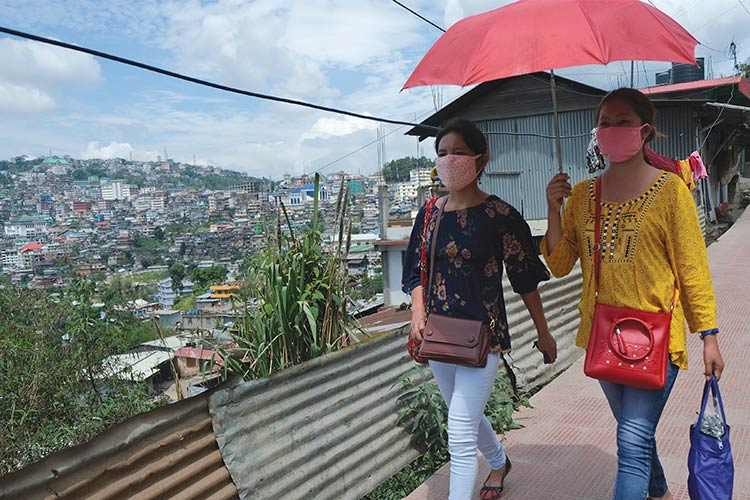 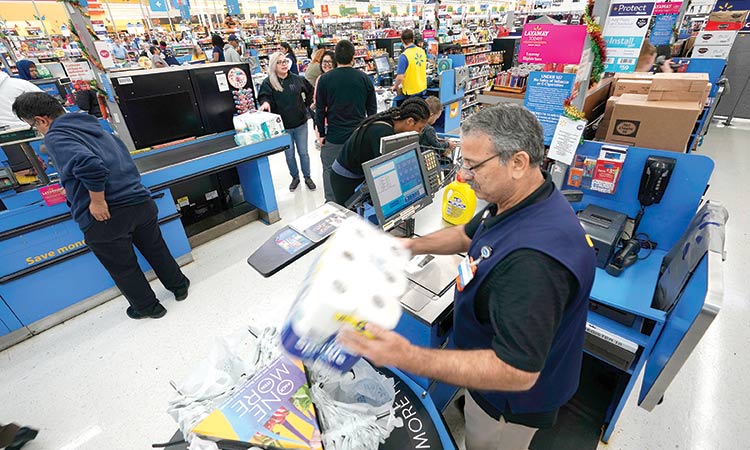 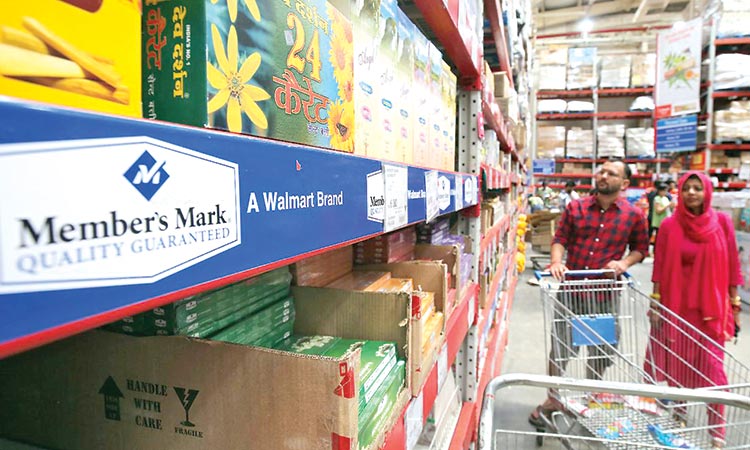