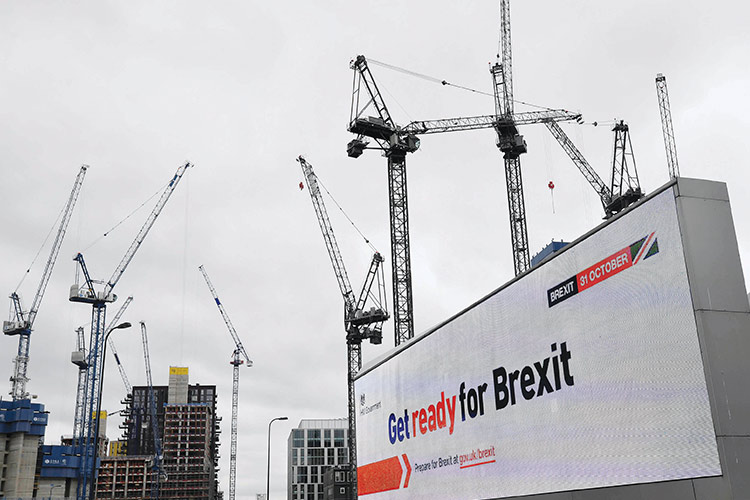 A board displaying Brexit information, near a construction site in London. File / Reuters

The United Kingdom announced a new post-Brexit tariff regime on Tuesday to replace the European Union’s (EU) external tariff, maintaining a 10% tariff on cars but cutting levies on tens of billions of dollars of supply chain imports.

After decades outsourcing its trade policy to the EU, Britain is seeking free trade agreements with countries around the world and aims to have deals in place covering 80% of British trade by 2022.

The new tariff regime, in place from January 2021, marks a departure from what some UK officials call an overly complex EU system, setting out Britain’s stall as it negotiates trade deals with both the United States and the Brussels-based bloc.

Britain said the regime, known as UK Global Tariff, would be simpler and cheaper than the EU’s Common External Tariff. It will apply to countries with which it has no agreement and removes all tariffs below 2%.

The government said tariffs would be eliminated on a wide range of products, with 60% of trade coming into the UK tariff-free on WTO terms or through existing preferential access.

The UK will maintain tariffs on products competing with industries such as agriculture, automotive and fishing, and remove levies on 30 billion pounds ($37 billion) worth of imports entering UK supply chains.

The UK will also remove tariffs on products, which support energy efficiency and will introduce a temporary zero tariff on goods being used to fight COVID-19 such as personal protective equipment.

Meanwhile, the number of people claiming unemployment benefits in Britain leapt to its highest level since 1996 in April, the first full month of the government’s coronavirus lockdown, data published on Tuesday showed.

The claimant count rose by 856,500 -- the biggest ever month-on-month jump -- to 2.097 million, a 69% increase, the Office for National Statistics said. The surge would have been even sharper without a government programme to pay 80% of the wages of workers put on temporary leave by their employers, who do not count towards the unemployment total.

The ONS said emergency changes to Britain’s welfare system meant the claimant count number included more people who were still actually in work than normal, but the scale of the rise in claims showed the hit to the labour market.

"Without being a member, you cannot retain the benefits of membership," they said in an op-ed published by several European media on Friday, ahead of Britain's exit from the EU at midnight in Brussels.