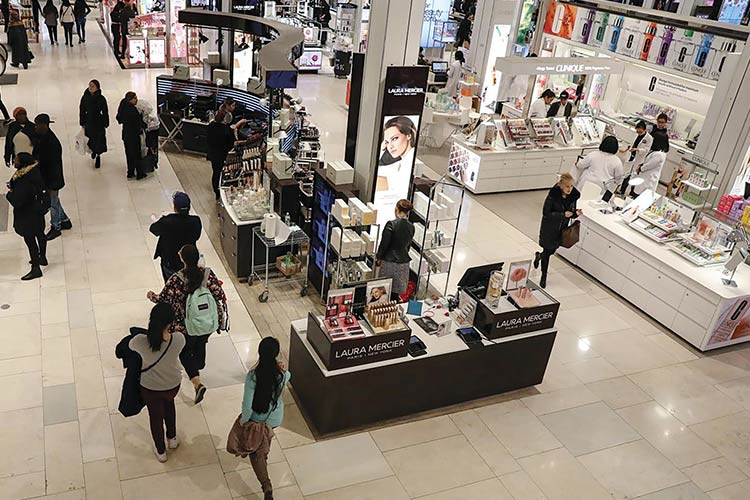 US retail sales tumbled by a record 16.4% from March to April as business shutdowns caused by the coronavirus kept shoppers away, threatened the viability of stores across the country and further weighed down a sinking economy.

The Commerce Department’s report on Friday on retail purchases showed a sector that has collapsed so fast that sales over the past 12 months are down a crippling 21.6%. The severity of the decline is unrivaled for retail figures that date back to 1992. The monthly decline in April nearly doubled the previous record drop of 8.3% - set just one month earlier.

“It’s like a hurricane came and leveled the entire economy, and now we’re trying to get it back up and running,” said Joshua Shapiro, chief US economist for the consultancy Maria Fiorini Ramirez.

Shapiro said he thinks retail sales should rebound somewhat as states and localities reopen their economies. But he said overall sales would remain depressed “because there is going to be a big chunk of the lost jobs that don’t come back.”

The sharpest declines from March to April were at clothing, electronics and furniture stores. A long-standing migration of consumers toward online purchases is accelerating, with that segment posting a 8.4% monthly gain. Measured year over year, online sales surged 21.6%.

Other than online, not a single retail category was spared in April. Auto dealers suffered a monthly drop of 13%. Furniture stores absorbed a 59% plunge. Electronics and appliance stores were down over 60%. Retailers that sell building materials posted a drop of roughly 3%. After panic buying in March, grocery sales fell 13%.

Clothing-store sales tumbled 79%, department stores 29%. Restaurants, some of which are already starting to close permanently, endured a nearly 30% decline despite shifting aggressively to takeout and delivery orders.

For a retail sector that had already been reeling, a back-to-back free-fall in spending poses a grave risk. Department stores, restaurants and auto dealerships are in danger. Nearly $1 of every $5 spent at retailers last month went to non-store retailers, evidence that the pandemic has accelerated the shift toward online shopping.

Retailers are being imperiled not only by business shutdowns mandated by states and localities but also by a record loss of 36 million jobs over the past two months. The layoffs and reduced hours have encouraged a pullback in spending.

Lindsay Fulton, a 29-year-old from suburban Richmond, Virginia, who was furloughed from her sales job at the end of March, said that what little shopping she does now is online. She has no plans to visit stores anytime soon.

“I’ve done more online shopping than I ever had before,” she said. “I feel like, across the board, everyone’s habits have changed.” In the past two weeks, J.Crew, Neiman Marcus and Stage Stores have filed for bankruptcy protection. JC Penney appears on the verge of following them. UBS estimates that roughly 100,000 stores could shutter over the next five years.

The plunge in retail spending is a key reason why the US economy is contracting.

Retail sales account for roughly half of all consumer spending, which fuels about 70% of total economic activity. The rest of consumer spending includes services like cellphone and internet contracts, gym memberships and child care.

With few Americans shopping, travelling, eating out or otherwise spending normally, economists have estimated that the gross domestic product - the broadest gauge of economic activity - is shrinking in the April-June quarter at a roughly 40% annual rate. That would be the deepest quarterly drop on record.

The pressures being exerted on retail are also being felt globally. Among the European countries that share the euro currency, retail sales fell a painful 11.2% from February to March.

Spending tracked by Opportunity Insights suggests that consumer spending might have bottomed out around mid-April before beginning to tick up slightly, at least in the clothing and general merchandise categories. But spending on transportation, restaurants, hotels and arts and entertainment remains severely depressed.

Even with the sales declines, the pandemic is forcing shifts in what people buy as they adjust to working at home. CSolutions, which monitors sales of packaged goods, has noted a shift to comfort and convenience. Sales of baking flour, tomato sauces, ice cream, premixed cocktails and breakfast sausages have surged from a year ago.

Pajama-buying rocketed 143% from March to April, according to Adobe Analytics, which monitors online retailers. By contrast, sales of pants, jackets and bras have declined.

Cody Pipper, a sales associate for a 16-store chain called Litehouse Pools and Spas, says he’s noticed that more people are now spending in ways that serve their at-home lifestyles. Pipper, 24, of Elyria, Ohio, said he himself spent $2,500 for a Peloton exercise bike for his wife, a medical assistant who recently returned to work. He said they expect to spend less on dining out and shopping at the mall. 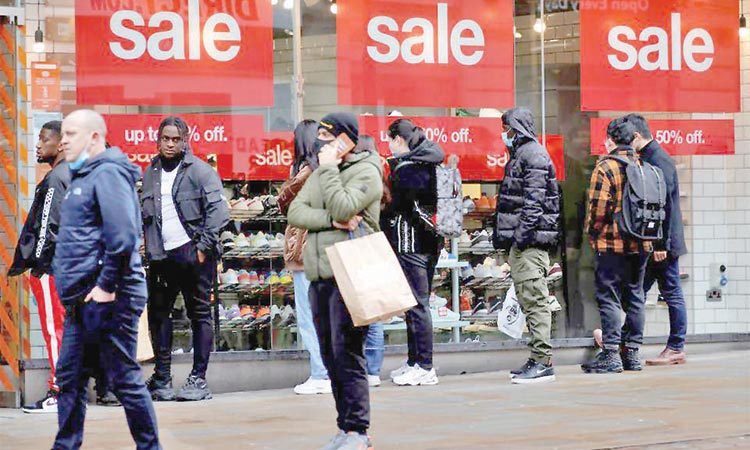 British retail sales grew faster than expected in January, recovering about half the losses suffered when a wave of coronavirus cases caused many shoppers to stay at home during December.