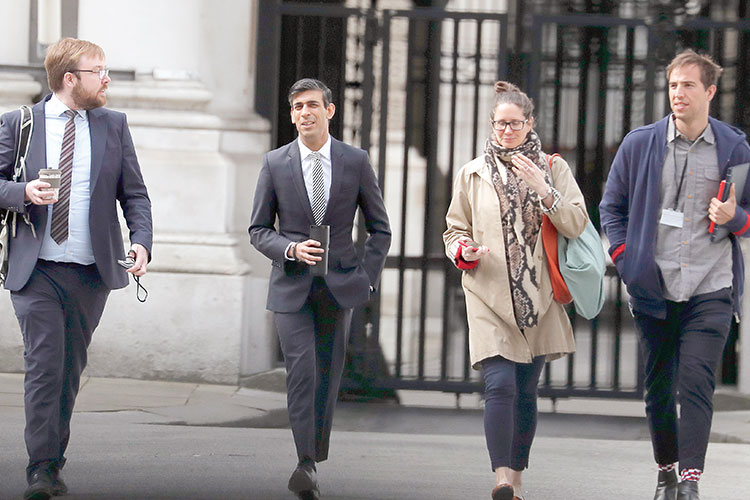 Britain’s economy shrank by a record 5.8% in March as the coronavirus crisis escalated and the government shut down much of the country, according to official data that point towards an even bigger hit to come.

The monthly drop in gross domestic product (GDP) was felt in almost all sectors - from the country’s shuttered restaurants and pubs to its building sites and factories - and was the largest since comparable records began in 1997.

Britain’s Chancellor of the Exchequer Rishi Sunak said the country was now in the midst of a significant recession.

“We have to support people’s jobs, their incomes, livelihoods at this time, and support businesses so we can get through this period of severe disruption and emerge stronger on the other side,” he said after the GDP data.

A newspaper said on Tuesday that finance ministry officials have warned Sunak the budget deficit could swell to a record 337 billion pounds this year from just 55 billion pounds forecast in March.

On Tuesday, Britain’s government extended a costly job support programme for another four months, though businesses will need to pick up more of the tab from August.

The decline in first-quarter GDP was slightly smaller than economists had forecast in a Reuters poll, and less than the 3.8% slump suffered by the euro zone in the first quarter. But Britain only started its lockdown on March 23, later than many other eurozone countries.

The Bank of England (BoE) said last week that the contraction of the economy in the April-June period could approach 25% and lead to the largest annual decline in more than three centuries.

COVID-19 has killed more than 40,000 people in the United Kingdom, the highest death toll reported in Europe so far.

Economists said output appeared to have fallen around a fifth after the lockdown came into force. “The sharp contraction in UK Q1 GDP comes as little surprise, but does clearly highlight the magnitude of the challenge facing policymakers,” JP Morgan market strategist Hugh Gimber said.

British two-year government bond yields sank to a record low of -0.045% after the data, reinforcing expectations that the Bank of England will ramp up its record 645 billion pounds ($791 billion) of asset purchases next month.

The Office for National Statistics (ONS) figures showed household consumption fell by 1.8% in the first quarter, the most since 2008.

The BoE said last week the economy could rebound if coronavirus restrictions are lifted, pencilling in a 15% recovery after a historic 14% fall in GDP for 2020 as a whole.

But it warned recovery might be slower, especially if consumers prove cautious about returning to their normal lives, a view shared by many economists.

“The UK’s economic engine will be much harder to kickstart than it was to stall,” Rabobank economist Stefan Koopman said. 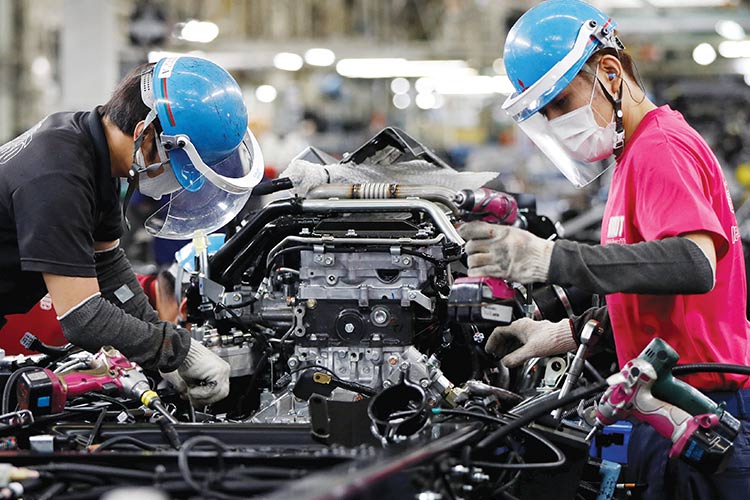 Japan’s economy slipped into recession for the first time in 4-1/2 years in the last quarter, putting the nation on course for its deepest postwar slump as the coronavirus crisis ravages businesses and consumers. 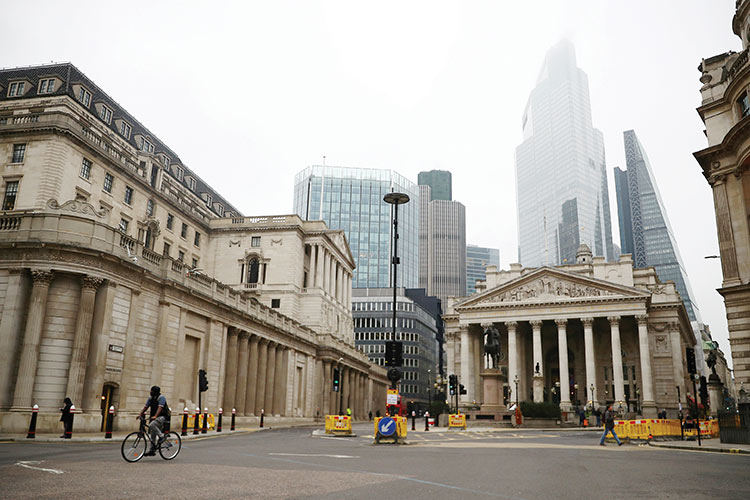 Britain’s economy is unlikely to recover fully from the “searing experience” of the coronavirus in the next two to three years, Bank of England (BoE) policymaker Michael Saunders warned.