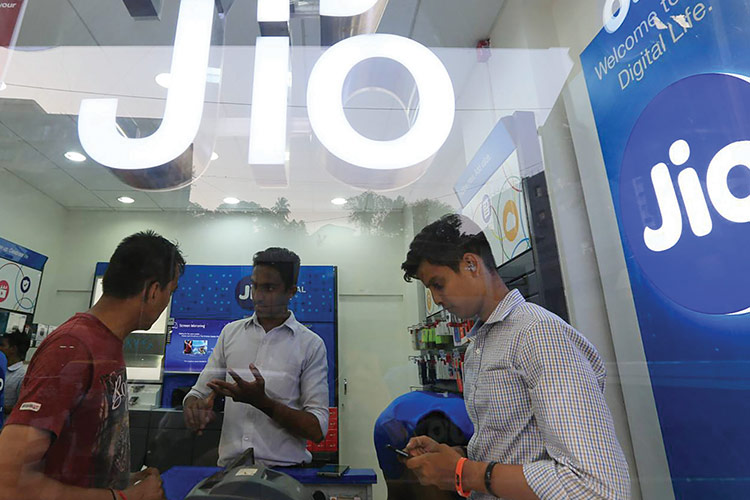 India’s Reliance Industries on Friday announced a $1.5 billion stake sale in digital unit Jio Platforms, a third deal in a little over two weeks that will inject a combined $8 billion in the telecoms-to-energy group to help it pare debt.

The investment gives Jio Platforms an equity value of 4.91 trillion rupees and an enterprise value of 5.16 trillion rupees, said Reliance, which is controlled by billionaire tycoon Mukesh Ambani.

The deal comes after Reliance cut a $5.7 billion deal with Facebook for a 9.99% stake in Jio Platforms on April 22, and just days after it secured a $750 million investment from private equity firm Silver Lake.

The deals, along with its plan to sell $7 billion in new shares, will help Reliance meet its target of eliminating $21.4 billion of net debt by the end of the year.

The negotiations between Reliance and Vista were built off personal connections between the private equity firm’s founder Robert Smith and Ambani, a person familiar with the matter said.

The discussions were led by Ambani’s close aide Manoj Modi and Brian Sheth, co-founder of Vista who is half-Indian and whose father hails from Ambani’s home state of Gujarat, the source added.

Unlike traditional mobile carriers which depend on voice services to make money, Ambani has pitched Jio as a trailblazer tech company by offering cheap mobile data plans that helped hundreds of millions of Indians use the internet for the first time.

Ambani is set to roll out a new retail venture, which combined with Jio and interests in education, music and films, could pose a challenge to established e-commerce firms such as Amazon and Walmart’s Flipkart.

The investments by Facebook, and private equity firms such as Vista and Silver Lake, which primarily fund tech platforms and not telecoms carriers, will further cement Jio Platforms’ position as a consumer-tech company, brokerage Axis Capital said in a note to clients.

These “deals are just a start and we expect many such marquee deals in the next 1-2 years, as this route provides much needed capital and advanced technologies,” the note added.

Vista Equity has more than $57 billion in capital commitments and has invested in companies across sectors including media and entertainment, healthcare and real estate.

Separately, a senior government official said on Thursday that India will within days roll out a version of its coronavirus contact-tracing application that can run on mobile carrier Reliance Jio’s cheap phones, as it looks to increase the reach of the system.

India, which has imposed the world’s biggest shutdown to battle the spread of the coronavirus, last month launched the Aarogya Setu (Health Bridge) app -- a Bluetooth and GPS-based application which alerts users who may have come in contact with people who later test positive for COVID-19.

The app, which has been downloaded more than 83 million times so far, was initially available to India’s roughly 500 million smartphone users on Google’s Android and Apple devices, but not to around 400 million users of more basic feature phones.

Within a week, a version of the app will be rolled out to more than 100 million users of the $9 JioPhone - a cheap, internet-enabled feature phone that runs on a mobile operating system named KaiOS, a senior government official told Reuters.

“We are pushing it ... the testing is going on,” said the official who declined to be identified as the plan is not public. India’s technology ministry and Reliance Jio did not immediately respond to emails seeking comment.

Contact tracing apps such as Aarogya Setu are being used in an attempt to speed up the process of identifying, testing and isolating people exposed to the virus before they spread it to others.

While many countries around the world are using similar apps, some such as Australia and Colombia are turning to technology from Apple and Alphabet’s Google amid citizens’ privacy concerns and glitchy state-backed systems.