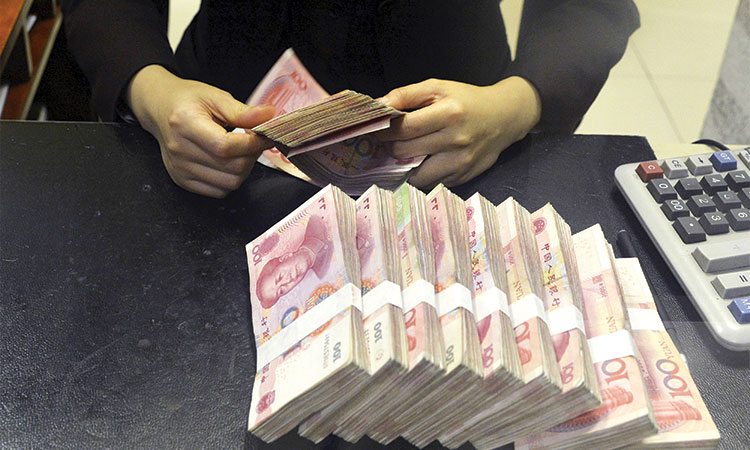 A clerk counts yuan currency notes at a bank in Hefei, China. Reuters

China’s loans surged as coronavirus stimulus kicked into save the economy. New bank lending in China rose sharply to 2.85 trillion yuan ($405 billion) in March, with total social financing hitting a record, as the central bank pumped in more liquidity and cut funding costs to support the coronavirus-ravaged economy.

Chinese policymakers have pledged to combat the impact from the pandemic that looks to have tipped the world’s second-largest economy into its first quarterly contraction in at least 30 years.

While economic activity is gradually picking up as people return to work and factories reopen, analysts warn it could take months before the economy returns to normal. The spread of the virus around the world is also sparking fears of a global recession.

The record lending was due to various government stimulus policies in the first quarter which helped maintain liquidity in a “reasonable and abundant state”, Ruan Jianhong, head of PBOC’s statistics department, told reporters at a briefing.

While the PBOC has repeatedly stressed its intention to avoid “flood-like” stimulus in light of debt risks, Ruan forecast “rapid growth” in future loan demand in the second quarter, as key government-backed projects restart and pent-up consumer and real estate demand pick up.

“March data demonstrated the government has been quietly loosening policy more than what it may appear by looking at the magnitude of rate and RRR cuts,” Goldman Sachs said in a research note, adding that it reflected a preference for policy flexibility amid uncertainties from the pandemic.

Growth of outstanding total social financing (TSF), a broad measure of credit and liquidity in the economy, quickened to 11.5% in March from a year earlier and from 10.7% in February.

Since early February, the central bank has unveiled a raft of measures from cutting lending rates and bank reserve requirements to providing payment relief to firms that have been hardest hit by the outbreak and virus containment measures.

Policy sources have told Reuters the central bank will continue to ramp up its policy easing to support the economy but debt worries and property risks will prevent it from following the US Federal Reserve’s steep rate cuts or quantitative easing moves.

The PBOC will likely boost credit and lower funding costs, especially for small firms, and accommodate increased fiscal spending by the government, and the benchmark lending rate is likely to be cut on April 20, the sources said.

On Friday, a PBOC official said some commercial banks have been reducing their deposit rates due to falling lending rates, adding that the benchmark desposit rate should be “preserved for a long time” as a mechanism.

Broad M2 money supply in March grew 10.1% from a year earlier, higher than 8.8% forecast in the Reuters poll and 8.8% in February, central bank data also showed.

Some analysts, however, maintained the cautious view that China’s economic recovery would depend on the extent of coronavirus prevention controls.

“Funding is not the main constraint for the real economy to stabilise,” said Yang Yewei, an analyst with Southwest securities.

China will promote the sales of export products in domestic markets, as foreign trade faces unprecedented challenges due to the coronavirus pandemic, an assistant commerce minister said on Friday. 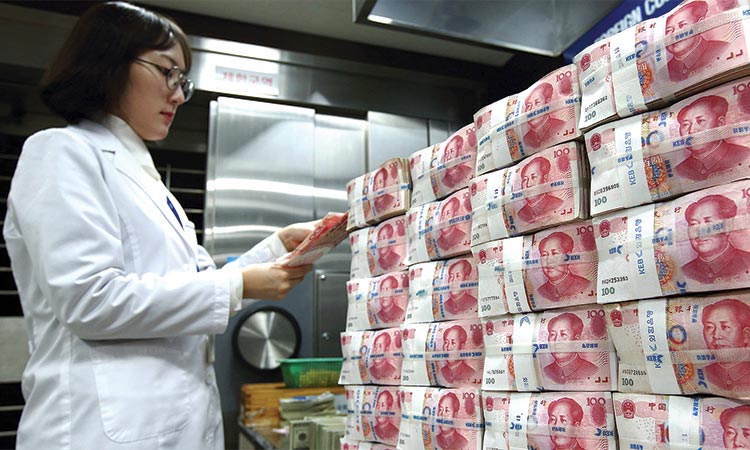 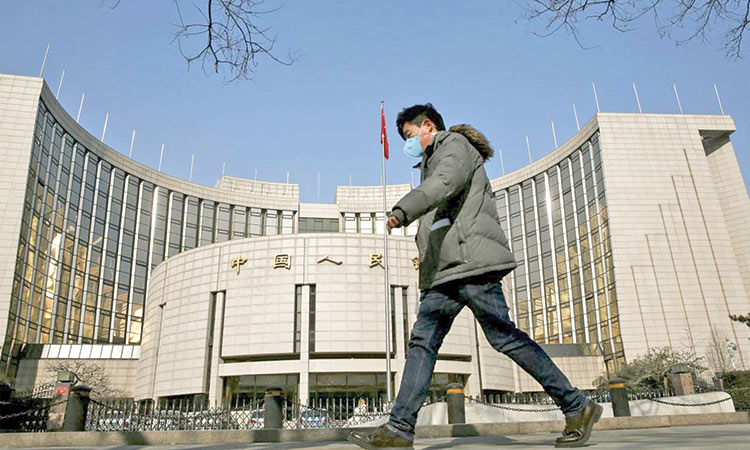 China’s central bank has ordered banks in the southern city of Shenzhen to investigate business loans collateralised with real estate made this year, as the city’s housing market heats up rapidly, two banking sources said on Monday.