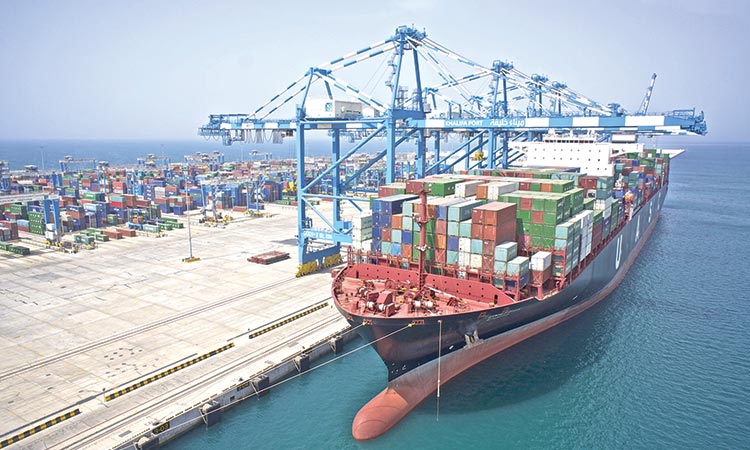 The value of exports amounted to Dhs341.9 billion in the first half of 2019. WAM

The FCSA’s figures also showed that all non-oil-related trade indexes in the UAE improved in the first half of 2019, led by export and re-export trade indexes.

The International Merchandise Trade Statistics is a specialised and comprehensive collection of data that provides official statistics on merchandise movements between countries and regions, and the continued interest in international merchandise trade is due to its critical role in achieving economic development.

The value of non-oil foreign merchandise trade through Abu Dhabi ports amounted to Dhs213.3 billion in 2019, according to recent figures released by the Statistics Centre- Abu Dhabi. The figures showed a 9.2 per cent decrease in imports from Dhs113 billion in 2018 to Dhs102.5 billion in 2019, while the value of re-exports increased by 9.8 per cent to Dhs52.8 billion compared to the same period of 2018.

The total trade increased by 2.2 per cent in December 2019 over the same month in 2018, driven by a growth in re-exports and exports by 6.5 per cent, and 4.2 per cent respectively, while the value of imports dropped by 1.3 per cent in the same period.

Manufactures topped the list of most exported merchandise, with a total amount of around Dhs45 billion. F&B exports are valued at Dhs6 billion; consumer goods amounted to Dhs3.43 billion, while production articles stood at Dhs2.33 billion.

Established by the government-backed foreign aid agency Abu Dhabi Fund for Development (ADFD) and launched in September 2019, ADEX’s funding and guarantees look to support UAE businesses in non-oil sectors. The unit also aims to enable sustainable growth of the UAE economy in line with the UAE Vision 2021 and Abu Dhabi Economic Vision 2030 initiatives.

“The committee approved the allocation of Dh550mn to facilitate direct loans to foreign buyers as well as lines of credit for international financial institutions exclusively available to importers of goods and services from UAE companies,” says Mohammed Saif Al Suwaidi, director general of ADFD and chairman of ADEX’s executive committee.

Al Suwaidi adds that ADEX is focused on developing a wide range of financial products and tools that better enable UAE exporters to compete for deals in emerging markets across Africa and Asia. “Allocating these funds in support of our national export companies represents a major step advancing the ADEX mandate to increase the volume and value of UAE exports and drive sustainable national economic expansion,” he said.

While Abu Dhabi is by far the most oil-rich emirate – it holds proven oil reserves of more than 90 billion barrels compared with Dubai, in second place, which has 4 billion barrels – it is looking to grow its non-oil exports through ADEX and other programmes. However, the emirate recorded non-oil foreign trade of Dh154.4 billion from January to December 2019, a decrease of 8.8% from Dh169.3 billion in the corresponding period in 2018, according to Emirates News Agency.

The UAE’s non-oil foreign trade, including direct and free zone trade, and customs warehouses, reached a total of Dhs1.628 trillion in 2018, announced the Federal Customs Authority, FCA, on Tuesday.