Developing nations to lose $800 billion in export revenue this year 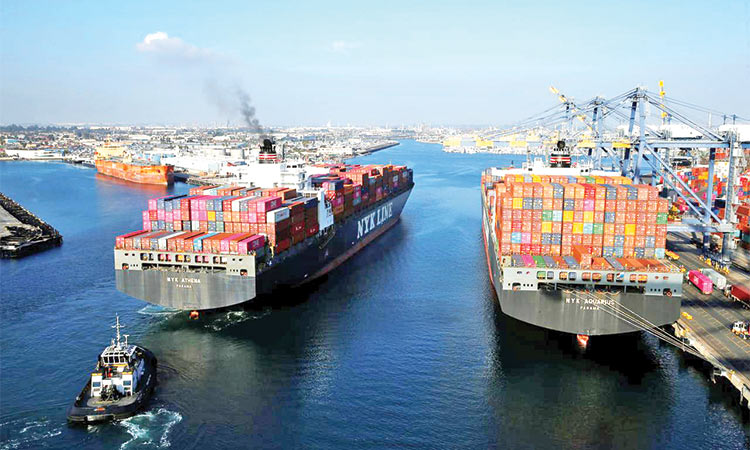 Many developing countries were slowing down in the Q4 of last year with several entering recession. Reuters

The economic fallout from the Covid-19 shock is ongoing and increasingly difficult to predict but there are clear indications that things will get much worse for developing economies before they get better, a new report has said.

The report by the United Nations Conference on Trade and Development (UNCTAD) projected that developing countries as a whole (excluding China) will lose nearly $800 billion in terms of export revenue in 2020.

“The financial turmoil from this crisis has already triggered sharp currency devaluations in developing countries, which makes servicing their debts and paying for necessary imports for their industrial activity far more onerous,” according to the report titled ‘The Covid-19 Shock to Developing Countries’.

Many developing countries were slowing down in the final quarter of last year with several entering recession.

However, the speed at which the economic shock to advanced economies has hit developing countries - in many cases in advance of the health pandemic − is dramatic, even in comparison to the 2008 global financial crisis, said the report.

New vulnerabilities have emerged that are likely to hold back growth.

Emerging economies, in particular, have seen a rapid build-up of private debt in reserve currencies and increased penetration of their markets by non-resident investors, foreign banks, and other financial institutions, as well as allowing their own residents to invest more freely abroad.

Developing countries’ ability to build up international reserves as a buffer against macroeconomic shocks has been weakening.

The report listed three main transmission mechanisms or channels through which the Covid-19 shock can be expected to increase financial pressures on developing economies over the coming months.

“The first channel is the pressure on government budgets from the public health crisis.

The social distancing necessary to stop the contagion has already led to economic shutdown in many developed and developing countries affecting the majority of the world’s population. A sharp, sudden fall in employment is already happening,” the report noted.

The second channel is international trade.

“Even after considering implementation of the effective $1.4 trillion stimulus by advanced economies and China, a rapidly slowing growth in these countries will take place through 2020. This will mean significantly lower demand for exports for other developing economies.” The losses in export volume will be compounded by the sharp falls in energy and commodity prices, which still make up most of the goods that many developing countries export.

“While imports will contract, by an estimated $575 billion, the overall drop in the trade balance of around $225 billion is not without consequences for their development needs, their structural transformation plans and their ability to generate output and capacity to continue to face external financial commitments,” the report forecast.

The third channel is financial.

“In countries with a high exposure to foreign debt, be it private or public, these trends put enormous pressure on their debt sustainability, by undermining future access to refinancing outstanding external debt obligations while driving up their value in foreign currency,” said the report.

Total developing country debt stocks stood at 193 per cent of their combined GDP at the end of 2018, the highest on record, compared to just over 100 per cent in 2008.

While advanced country governments are preparing to send checks to their citizens and open emergency credit lines for their companies, “this clearly is not an option open to most developing countries which are highly dependent on access to US dollars and which lack their own financial infrastructure and financial firing power to follow suit”.

A coordinated global response to liquidity shortages to address immediate financing needs is a must.

The report said that while the recent pledge by the Group of 20 to inject $5 trillion into the global economy to limit economic losses from the Covid-19 crisis is welcome, how effective any such rescue package will be, and how much of it will reach developing countries, remains to be seen and depends on specific measures.

Furthermore, the IMF has signalled that it is willing to fully deploy its current $1 trillion lending capacity to help deal with the crisis.

“However, not only is this likely to prove insufficient, but current lending facilities and financing instruments are complex, tied to inappropriate conditionalities under the circumstances and therefore difficult to access quickly, in particular for developing countries,” the report added.