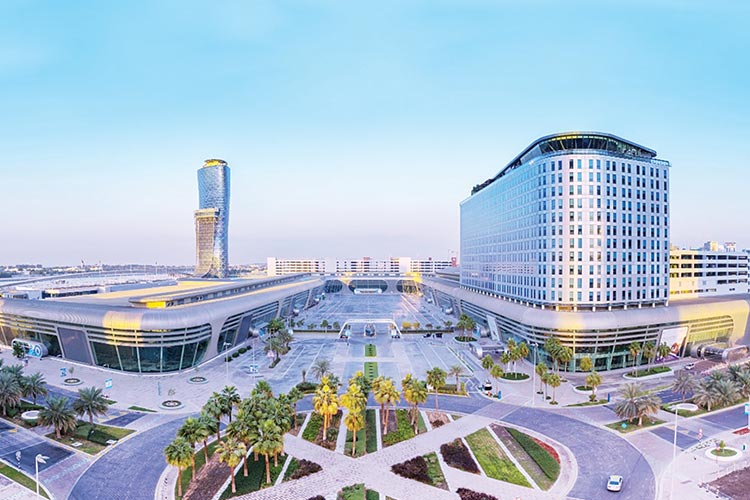 Abu Dhabi National Exhibitions Company (Adnec), on Wednesday announced that the value of its direct and indirect impact on the Abu Dhabi economy in 2019 registered Dhs4.9 billion, demonstrating an impressive increase of 46% from 2018. This takes the total value of its contribution to the local economy since its inception in 2005 to Dhs36.9 billion.

Adnec’s strong 2019 results followed a 15.8% growth in the number of visitors from across the globe during 2019 which came to 2.3 million visitors. This took the total visitor count at its venues to 19.8 million since inception in 2005.

In 2019, Adnec venues collectively hosted 11 new exhibitions which showed an increase of 22.2% compared to 2018 and Adnec hosted 60 global and local exhibitions, representing a 5.2% increase over 2018.

The company also revealed that it supported the creation of job opportunities reaching 27,543 jobs in related sectors, representing a 42.36% increase, and helped generate 764,161 guest nights for the hospitality sector in the Emirate, indicating a 61.4% increase from 2018.

In the past year, 72% of the total workforce were Emiratis, while Emiratisation of senior management positions reached 87%.

ExCeL London, the wholly owned subsidiary of Adnec in the UK capital, put on 431 events which was up 4.61% from 2018 and welcomed 4 million visitors which was up 73.9% from last year.

Humaid Matar Al Dhaheri, Managing Director and Group CEO of Adnec, said: “2019 was an exemplary year for the Abu Dhabi National Exhibitions Company as we achieved a number of major successes and milestones, cementing our positioning at the forefront of the business tourism industry. Adnec continues to align with the Abu Dhabi 2030 Plan and Abu Dhabi Economic Vision 2030 to support the promotion of Abu Dhabi as the region’s pioneering business tourism hub through hosting leading international exhibitions and conferences.”

He added: “2019 was a record-breaking year for Adnec Group, with exceptional results achieved across the board along with important growth in events, exhibitions and conferences. Year on year, we have strengthened our efforts to promote the UAE capital as a world-class destination and a leader in business tourism. Our results are a testament of our dedicated and committed teams who strive to elevate the company’s excellence at both local and international levels.”

“We look forward to continuing our efforts to solidify Abu Dhabi’s leading status as the business tourism capital of the region and to maintain our reputation for offering organisers, exhibitors and delegations world class facilities and services to ensure the continued success of their events hosted at our venues,” he added.

Events hosted and organised in the Abu Dhabi National Exhibitions Company in the first half of 2019 included many important key industry events. January kicked off with the World Future Energy Summit (WFES) dedicated to innovation in energy, clean technology and efficiency for a sustainable future and the event attracted 34,000 attendees. Additionally in January was the 13th Tawdheef exhibition, the region’s leading Emiratisation exhibition, which focuses on employment and professional development, aiming to increase the national workforce and support job seekers.

One of the most notable events for the first half of the year, organised by Adnec was IDEX and NAVDEX 2019, held in February. Over the five day event, IDEX and NAVDEX attracted more than 124,370 visitors, as well as 1,213 media representatives from 42 countries, and the event registered deals worth Dhs20 billion.

Making its debut in the region in March 2019, Adnec supported the Special Olympics World Games Abu Dhabi 2019 as a gold official partner and gold venue partner. The company’s flagship venue hosted 11 indoor categories – the highest number of all venues – including badminton, basketball, judo, table tennis and volleyball. The event drew the participation of over 7,500 athletes representing 190 countries, who competed in 24 individual and team sports, in addition to 3,000 coaches.

Adnec also hosted several other major exhibitions and conferences in the first half of the year including CityScape, Bride Abu Dhabi, The Abu Dhabi International Book Fair, Emirates Skills, and the International Motor Show.

The last half of 2019 saw a very busy period for Adnec with mega events, exhibitions and conferences. In August, Adnec hosted The Abu Dhabi International Hunting and Equestrian Exhibition (ADIHEX), the only sports exhibition dedicated to hunting, equestrian, marine and outdoor sports in the region. In September, Adnec hosted The World Energy Congress (WEC) one of the world’s most important energy forums that saw more than 15,000 attendees from the UAE and abroad including 4,000 delegates and 66 ministers. The UAE was the first Middle Eastern country to host WEC and the exhibition featured over 200 exhibitors, representing more than 150 countries altogether.