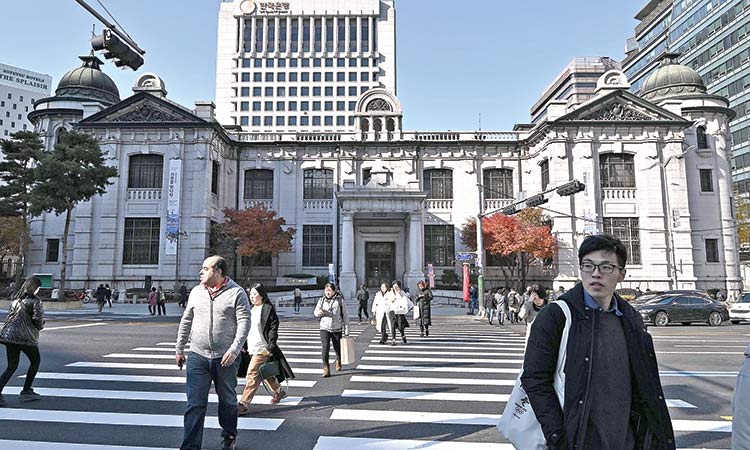 The headquarters of Bank of Korea in Seoul. Agence France-Presse

South Korea on Tuesday doubled a planned economic rescue package to 100 trillion won ($80 billion) to save companies hit by the coronavirus and put a floor under crashing stocks and bond markets.

The package includes 29.1 trillion won in loans to small- and medium-sized companies, while another 20 trillion won will be used to buy corporate bonds and commercial paper of companies facing a credit crunch, President Moon Jae-in said in an emergency economic meeting.

The announcement follows similar moves by governments and central banks globally as the world economy buckles under the weight of national shutdowns. On Monday, the US Federal Reserve, in a drastic move, pledged to back purchases of corporate bonds and buy unlimited amounts of Treasury bonds to ensure credit flows to corporations and local governments.

“We will make sure that companies don’t go bankrupt from the COVID-19 shocks. Normal, competitive companies will never be shut just because of a temporary liquidity shortage,” Moon said in a meeting with finance chiefs and Bank of Korea Governor Lee Ju-yeol. As part of the rescue package, the Financial Services Commission announced a 10.7 trillion won facility set up to stabilise stock markets. It will also commence a bond buying facility in April that will be funded by 84 institutions, including the Bank of Korea, commercial banks and insurers.

South Korean companies are racing to secure lifelines as self-isolation across the country hits restaurants, airlines, hotels and the entertainment industry in Asia’s fourth largest economy.

Investors are dumping their holdings of commodities, stocks and riskier bonds, leading to funding constraints for companies.

The economic impact of the respiratory disease has wiped out about a third of the benchmark KOSPI share index this month, while the spread between corporate bonds and treasury debt has widened, a sign of a possible credit crunch.

The coronavirus pandemic has led to shutdowns at auto factories and dealerships in the United States and Europe, which are expected to affect South Korean automakers such as Hyundai Motor Co and Kia Motors Corp .

The daily tally brought the country’s total infections to 9,037, according to the Korea Centers for Disease Control and Prevention (KCDC). The death toll rose by two to 120. 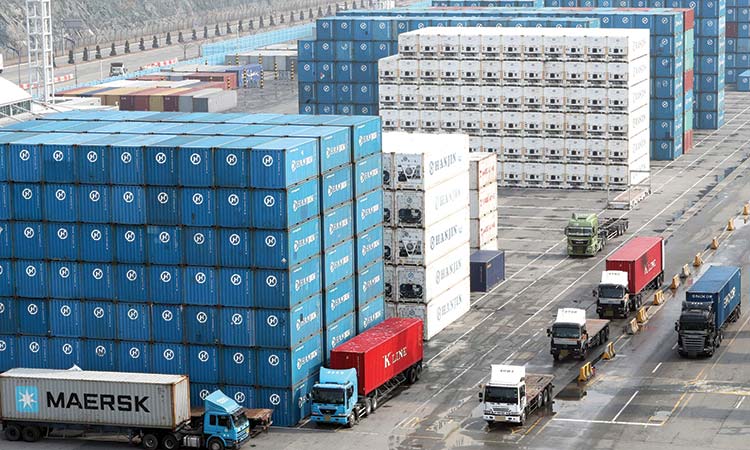 Economic growth in South Korea slowed more than expected in the third quarter. Exports showed some signs of recovery, but the overall outlook was clouded by a domestic spending slump and intensifying global trade wars.