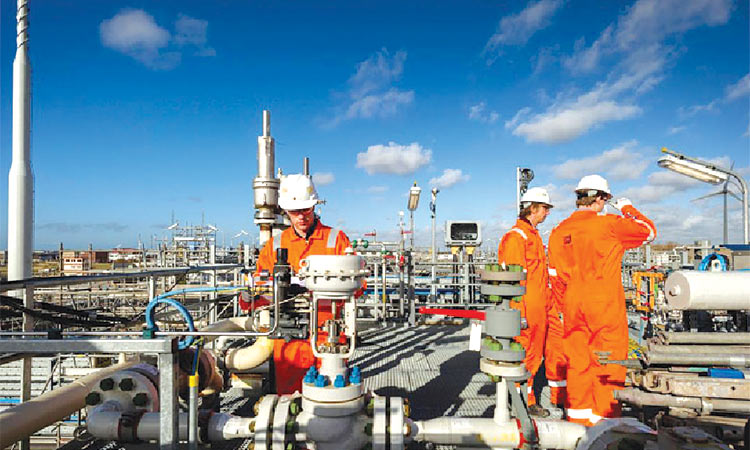 Taqa achieved strong operational performance for the year with increased production levels across its businesses: power, water, oil and gas. This helped ensure continued financial profitability for the Group and for a third consecutive year. This comes despite more challenging market conditions for the oil and gas industry.

Oil and gas production hit 124,418 boepd (up from 123,100 boepd in 2018). This was largely due to higher entitlement production at the Atrush field in the Kurdistan Region of Iraq. This helped make up for lower volumes in Europe, which were affected by natural decline and the delay of some capital projects. Higher overall production only partially offset lower commodity prices and revenues for the oil and gas business stream declined 4% to Dhs 6.1 billion.

Total Group revenues were stable at Dhs 17.6 billion in 2019 (down 1% versus 2018). EBITDA stood at Dhs 9.1 billion (down 5% versus 2018) reflecting lower commodity prices, but mainly due to higher repair and maintenance costs within the Group’s international power assets (particularly in Ghana) and lower income from associates (Sohar Aluminium, due to one-off insurance proceeds recognized in 2018).

The Group benefited from reduced finance costs (7% lower versus 2018) due to the continued reduction in gross debt and lower accretion charges in Europe due to a revision in the asset retirement obligations in the year. We recorded an unfavorable mark-to-market revaluation mainly driven by Red Oak, our US-based power asset, on lower energy prices and the reimplementation of a regional greenhouse gas initiative (RGGI) in the State of New Jersey. This was offset by a lower tax expense driven by lower taxable profits mainly within the oil and gas business as well as foreign exchange gains resulting from a weaker Euro.

Taqa continues to deleverage its balance sheet with a reduction in gross debt of Dhs 2.9 billion over the course of 2019 to reach Dhs 63.3 billion at the end of the period. Taqa’s liquidity as at year-end remained strong at Dhs 14.3 billion, including Dhs 2.9 billion in cash and cash equivalents and Dhs 11.5 billion of undrawn credit facilities. This reflects a refinancing and upsizing (from US$ 3.1 billion to US$3.5 billion) of Taqa’s revolving credit facilities late December.

The Group remains strongly cash generative, with free cash-flow generation at Dhs 6.8 billion. Capex for the year was marginally higher at Dhs 1.8 billion (up 6% from 1.7 billion in 2018). The capex program remains completely self-funded by cash generated from Taqa’s operations and is focused on sustaining and developing existing assets in the company businesses.

Commenting on the full year performance, Saeed Mubarak Al Hajeri, Chairman of Taqa, said: “Taqa’s 2019 results continue to highlight the stability of our core underlying business within the power generation and water desalination space. As Taqa continues to reduce its debt levels, we are pursuing new opportunities to grow our portfolio of power and water assets. Moving forward, we remain positive about our future prospects and our role in shaping the energy landscape in the UAE and internationally.”

Taqa CEO, Saeed Al Dhaheri, added: “In 2019, Taqa achieved strong operational performance across the Group that helped weather weaker commodity prices. We remain committed to maximizing value from existing assets through optimizing operations and unlocking synergies. We are confident of our strategy and will continue to explore investment opportunities that will add value to our business and yield higher returns for our shareholders.”

Established in 2005, Taqa is a diversified international energy group headquartered in Abu Dhabi, the capital of the United Arab Emirates, and listed on the Abu Dhabi Securities Exchange (ADX: TAQA). Taqa has investments in power generation, water desalination, oil and gas exploration and production, pipelines and gas storage. The company’s assets are located in Canada, Ghana, India, Iraq, Morocco, Oman, Saudi Arabia, the United Arab Emirates, the Netherlands, the United Kingdom and the United States of America.