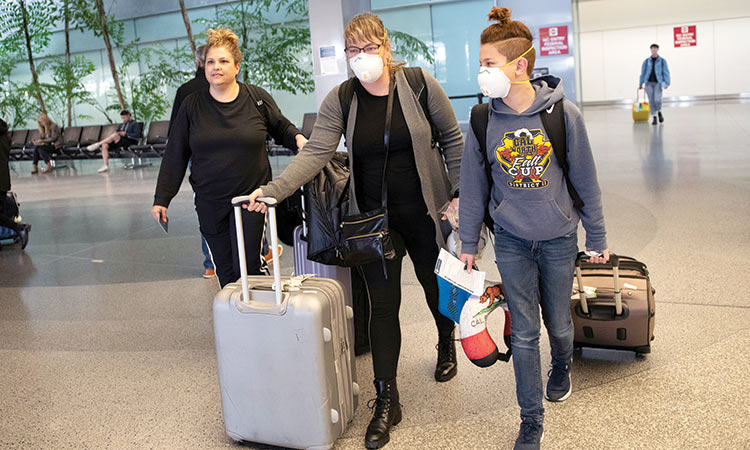 Passengers at an airport in San Francisco. Reuters

Global airlines appealed for urgent government financial support as US carriers rushed to cut flights to Europe in the wake of new US travel restrictions aimed at combating the coronavirus outbreak, while United Airlines warned of US travel disruption as the virus spreads domestically.

“Without a lifeline from governments we will have a sectoral financial crisis piled on top of the public health emergency,” said IATA Director-General Alexandre de Juniac.

American Airlines said on Saturday it plans to cut 75% of its international flights through May 6 and ground nearly all its widebody fleet, as airlines respond to the global collapse in travel demand due to the coronavirus pandemic.

The dramatic announcement by the largest US airline came hours after the White House said the United States would widen new travel restrictions on Europeans to include travelers in the United Kingdom and Ireland, starting Monday night.

The Trump administration also signaled on Saturday it wanted Congress to quickly back financial support for troubled US airlines.

It will still operate two flights a day to London and just three flights to Asia per week - to Tokyo. It will continue short-haul international flying.

American confirmed it is parking nearly all widebody aircraft and anticipates its domestic capacity will be reduced by 20% in April and 30% in May versus the same period in 2019.

Southwest, one of the few US airlines still flying a full schedule, said it was “seriously considering” cutting flights. While airlines scrambled to stem losses and protect jobs, US Treasury Secretary Steven Mnuchin said the government would “immediately” start working with Congress to support the airline and cruise industries, both hard hit by the spiraling crisis.

US Vice President Mike Pence said restrictions on the UK and Ireland will begin Monday at midnight, barring most non-US citizens from entering the United States who have been in those countries within the last 14 days.

They do not bar flights to and from the United States, and Americans and permanent residents can still travel.

United said it would give a credit for the value of the ticket for any customer whose international travel is disrupted by more than six hours because of schedule changes resulting from government restrictions. Customers who do not use the credit for 12 months will get a refund. Washington first imposed restrictions on China and expanded them this week to continental Europe, prompting US airlines to cut numerous flights and scramble to shore up capital. 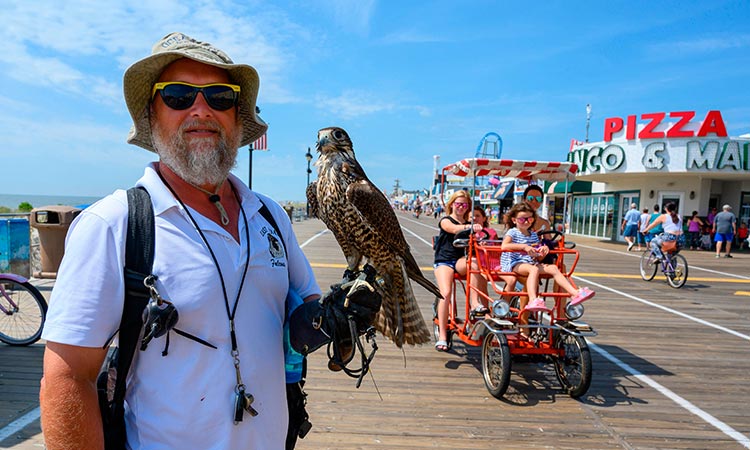 The group of raptors — which includes falcons, Harris's hawks and a Eurasian eagle-owl — have been patrolling Ocean City night and day this month as part of a new initiative to scare away pesky gulls.