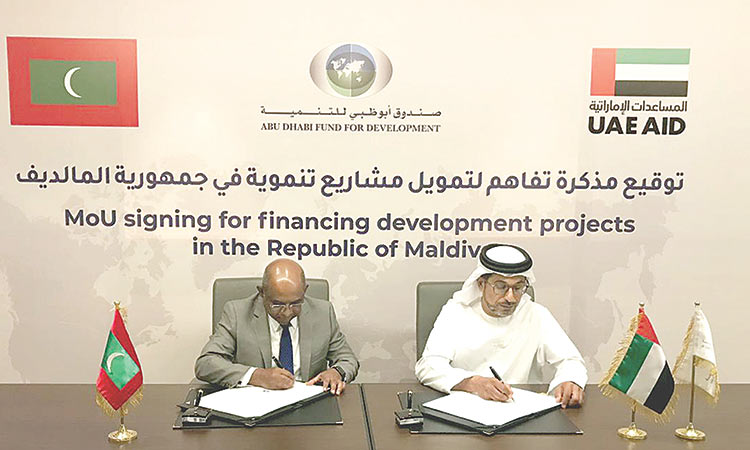 Top officials of the UAE and Maldives during the signing ceremony in Abu Dhabi.

Abu Dhabi Fund for Development (ADFD), the leading national entity for economic development aid, on Wednesday signed an agreement with the government of Maldives to provide funding support to the tune of $50 million (Dhs184 million) for infrastructure development projects in the Maldives.

The agreement was signed by Mohammed Saif Al Suwaidi, Director General of Abu Dhabi Fund for Development, and Abdulla Shahid, Minister of Foreign Affairs of the Republic of Maldives, in the presence of several senior officials from both sides.

Aimed at strengthening the efforts of the Maldivian government to promote the socio-economic development of the island nation, the funding will support the implementation of several development projects across vital economic sectors to deliver a significant positive impact on the country’s economy.

Commenting on the occasion, Mohammed Saif Al Suwaidi said: “This agreement articulates ADFD’s commitment to supporting the development programs of the Maldivian government to drive economic growth and achieve sustainable development in the country.”

Al Suwaidi added, “At ADFD, we take a keen interest in supporting infrastructure projects given its importance and far-reaching developmental impact on various sectors. In addition to catalysing economic growth and boosting sustainable development, such projects help create an enabling environment for foreign investments, and stimulate growth in trade, transport and tourism. Furthermore, they create thousands of job opportunities for local communities and provide them with improved livelihoods. ”

For his part, Abdulla Shahid, lauded the UAE’s continued support for the Maldives through ADFD’s active involvement in funding several development projects in the country. He noted that such projects help the Maldivian government to pursue its development agenda and fulfil its vision to ensure economic and social prosperity for the people of the Maldives.

ADFD has recently signed a Memorandum of Understanding with the United States International Development Finance Corporation, DFC, an independent agency of the US Government.

The areas of collaboration include the exchange of knowledge and expertise between the two parties especially in the field of financing private sector investments internationally with a particular focus on projects having a transformative impact on communities in developing countries.

Under the agreement, ADFD will benefit from DFC’s long-standing experience, and receive guidance in setting up a solid private sector financing programme that includes policies, manuals, procedures, and structure.

ADFD is a leading national entity for economic development aid owned by the Abu Dhabi government. Established in 1971, it aims to help emerging countries by providing concessionary loans to finance sustainable development projects as well as administering long-term investments and direct contributions. 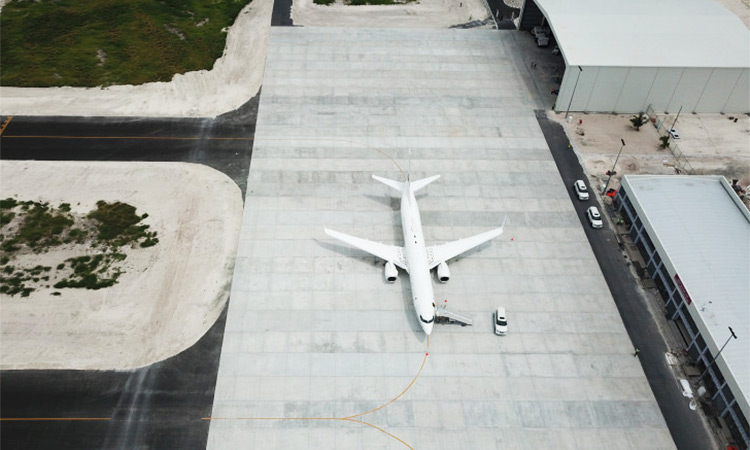 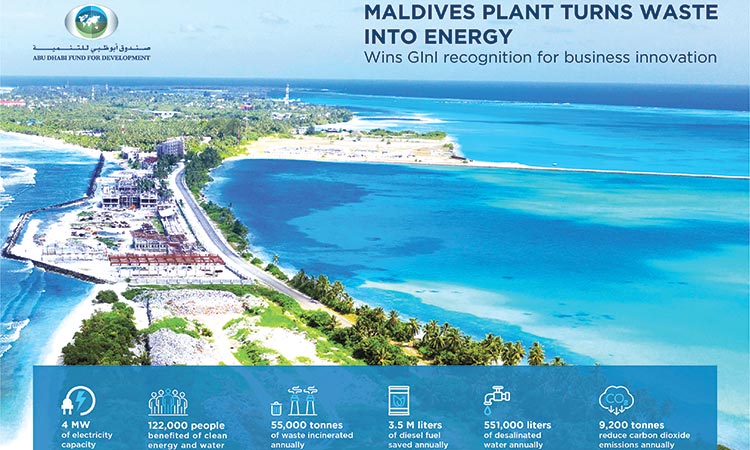 A renewable-energy project in the Maldives, financed by Abu Dhabi Fund for Development (ADFD), has received a certification from Global Innovation Institute (GINI) an international professional certification, accreditation and membership association in the field of innovation.