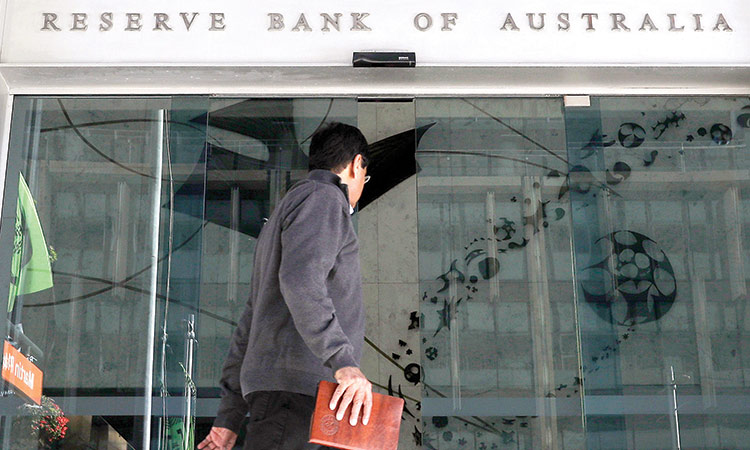 The headquarters of Reserve Bank of Australia in Sydney. Associated Press

Australia’s central bank (CB) has slashed its benchmark interest rate to a record low on Tuesday, putting the bank among the first in the world to ease policy to fight the economic fallout from the coronavirus epidemic.

This was the fourth reduction by the Reserve Bank of Australia (RBA) in less than a year, bringing the cash rate to 0.5% amid mounting evidence momentum in the A$2 trillion ($1.30 trillion) economy has stalled.

In a short post-meeting statement Governor Philip Lowe said the coronavirus epidemic was having a “significant” hit on Australia’s economy and that it was difficult to predict how large and long-lasting the effects will be.

The board “will continue to monitor developments closely and assess the implications of the coronavirus for the economy. The Board is prepared to ease monetary policy further to support the Australian economy,” Lowe added.

Only two economists polled by Reuters last week expected the RBA to cut rates but market turmoil driven by growing pandemic fears shifted expectations, prompting as many as 17 of the 40 polled to swing to predict an easing by Monday.

Markets had also swung wildly in recent days to price in a move amid speculation policymakers would have to act to steady market panic over the virus.

Indeed, some speculators had wagered the RBA would cut by more than 25 basis points and were forced to cover short positions in the Aussie on the decision. That pushed the local dollar up from a recent 11-year trough to $0.6559.

Financial futures imply the next move to 0.25% by June at which point policymakers are also expected to launch quantitative easing for the first time in Australia.

The virus outbreak is plunging the world economy into its worst downturn since the global financial crisis more than 10 years ago, the Organisation for Economic Cooperation and Development warned on Monday, urging governments and central banks to fight back to avoid an even steeper slump.

Finance Ministers of the Group of 7 advanced economies and their central bank governors will hold a conference call later in the day to discuss measures to deal with the virus and its mounting economic toll.

Markets are also pricing in a 50 basis point cut from the US Federal Reserve this month.

In an attack on the Fed’s current policy on Tuesday, US President Donald Trump pointed to the RBA cut in a tweet that compared US monetary settings with those of other countries.

Malaysia’s central bank also cut its benchmark rates to a 10-year low on Tuesday to mitigate the impact of the outbreak.

Earlier, Australian Prime Minister Scott Morrison said his government was working closely with the RBA on a response to the coronavirus outbreak, adding both were “highly aligned” in their understanding of the challenges before them.

In Australia, the tourism, transport, hospitality and retail sectors have been jolted by a travel ban on China since the start of February.

A raft of data this week prompted economists to downgrade their expectations for fourth-quarter gross domestic product after growth in exports and government spending disappointed.

Data on Wednesday is expected to show Australia’s economy expanded by a pedestrian 0.3% in the December quarter, taking annual growth to a sub-trend 1.9%.

In a troubling sign, Lowe said GDP growth in the current quarter was likely to be “noticeably weaker” than earlier expected.

AMP economist Shane Oliver said there was a risk of a contraction in the fourth quarter.

“In fact, if December quarter growth turns out to be negative a recession may have already begun,” he said.

“Given the rising risk of recession, further policy stimulus is clearly required.”

Australia’s government is working closely with the central bank on a response to the coronavirus outbreak, Prime Minister Scott Morrison said on Tuesday.

“I would just stress that we have been working closely to align both our understanding of the issue and the necessary responses that can be put in place,” Morrison said in a televised address from Canberra. 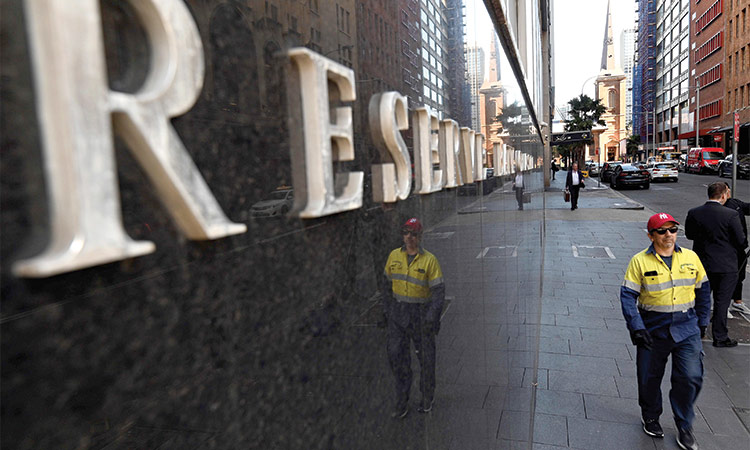 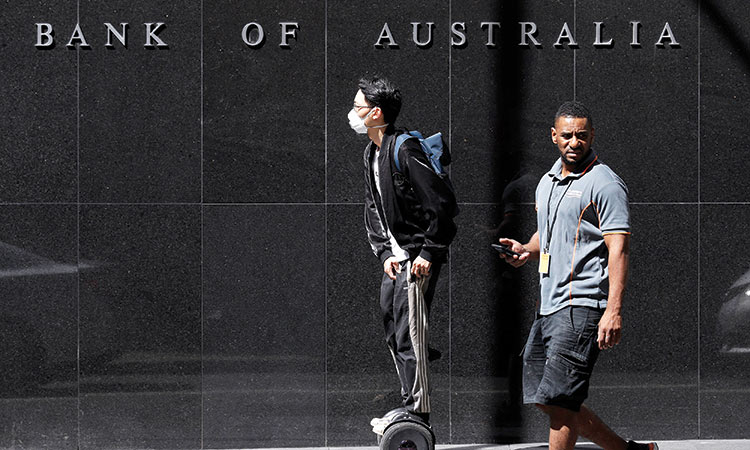 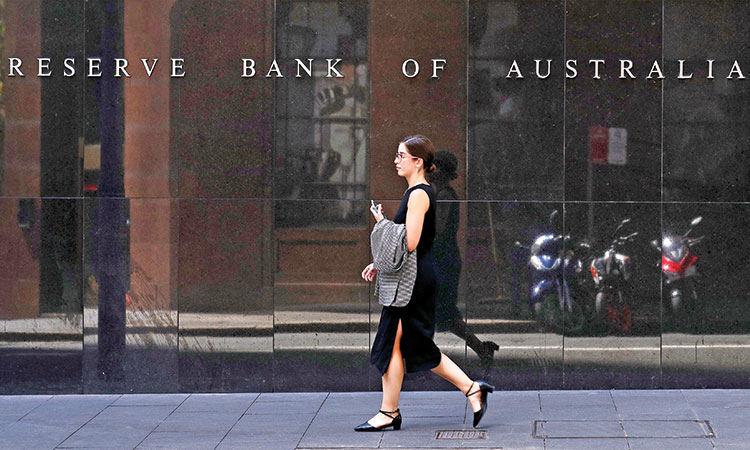