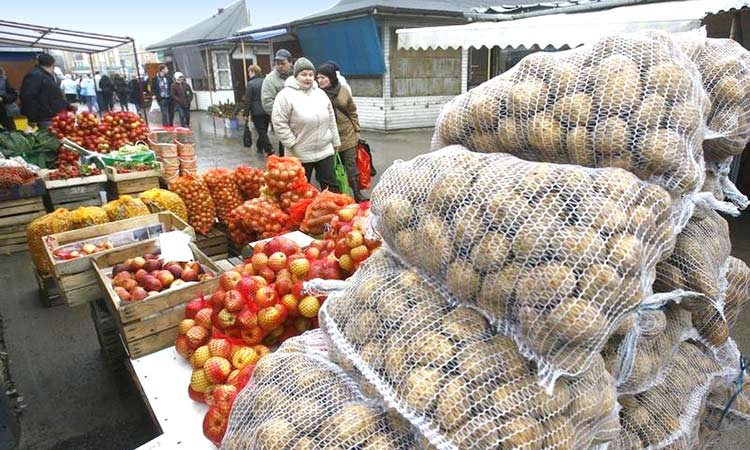 People walk past goods at the market in Suwalki, Poland. Reuters

January CPI came in at 4.4 per cent year-on-year, above the 4.2 per cent forecast by analysts in a Reuters poll and well above the central bank’s target range of 2.5 per cent plus or minus one percentage point.

“This trend will continue in the coming months, although the pace will slow down slightly,” said Grzegorz Maliszewski, chief economist at Bank Millennium. “But with this scenario we can see readings above 4.5 per cent in the first quarter, so this inflationary pressure in the economy is intensifying.”

The data showed the strongest price increases in food and beverages, which rose 6.7 per cent.

The inflation reading is likely to embolden hawkish members of the central bank’s Monetary Policy Council (MPC), but economists see little chance of them winning a majority for a rate hike.

Central bank governor Adam Glapinski this month reiterated his view that the cost of borrowing is likely to remain unchanged until his term ends in 2022.

The central bank expects inflation to rise above the higher end of its target range in the first half of 2020, before returning towards the 2.5 per cent target later.

Glapinski has blamed external factors beyond the control of rate-setters for the uptick in inflation.

Gross domestic product growth for the fourth quarter of 2019 was a tad above expectations at 3.1 per cent year-on-year, down from a 3.9 per cent rise in the previous quarter, data showed on Friday.

Economists have pointed to a slowdown in private consumption as being behind the decrease in growth, suggesting further social transfers and tax cuts implemented by the government last year have failed to encourage spending.

The rate hike is not being considered by central bank. FY19 economic growth at 4.0 per cent suggests that GDP growth eased in 4Q19 towards 3.0 per cent year on year. Bond market to likely focus on inflation reading. The January inflation reading will be the first release for Poland in 2020 and will undoubtedly be closely watched.

The food and services prices will remain the key factors that keep pushing the figure up. Unless the figure lands well above market expectations, there should be no strong reaction on the bond or FX market.

During the central bank meeting last week, the MPC admitted that inflation would likely overshoot the target in the coming months, but this should not trigger any rate reaction. We continue to see stable rates until the end of 2021 and mostly likely beyond.

After disappointing FY19 GDP growth that came in at 4.0 per cent, we revised downward our expectations for 4Q19 as well as this year’s growth. Although the real economy data in the fourth quarter (industry, retail and wage) suggest still solid GDP dynamics of about 3.5 per cent year on year, the FY19 figure points to a stronger than expected slowdown. The economic growth is at 3.1 per cent year on year in the last quarter of the year. The FY20 forecast is at 3.0 per cent.

Towards the end of the week, that trend reversed, as both German and Polish 10Y yields decreased by 5bp and 10bp, respectively. As a result, the spread over the 10Y Bund narrowed from 260bp to below 250bp. Market expectations for a rate hike fully vanished.

The 9x12 FRAs returned to around 1.65 per cent, which suggests stability of rates within a year. This week’s local macro releases will be closely watched by market participants. In the case of an upside surprise in the January inflation figure, the long end of the curve is likely to increase toward the 2.3 per cent area.

News about a possible vaccine against the new Coronavirus resulted in an outburst of optimism on the market at the beginning of the week. As a result, the zloty appreciated strongly vs. the EUR, but it pared some of its gains later that week and the EURPLN closed the week around our quarter-end forecast at 4.28. 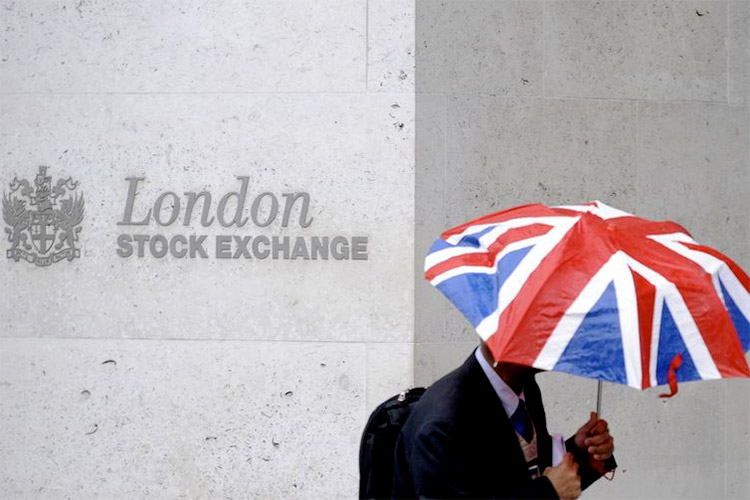 Travel stocks weigh on Europe as coronavirus cases pick up

The pan-European STOXX 600 index was flat, while travel and leisure stocks shed the most among sectors with a 2.4% fall.

The dollar gave up gains made after the Federal Reserve upgraded its 2020 economic forecast this week to trade in negative territory on Thursday. It was last quoted at 92.923 against a basket of major currencies, on track for a 0.3% weekly loss.