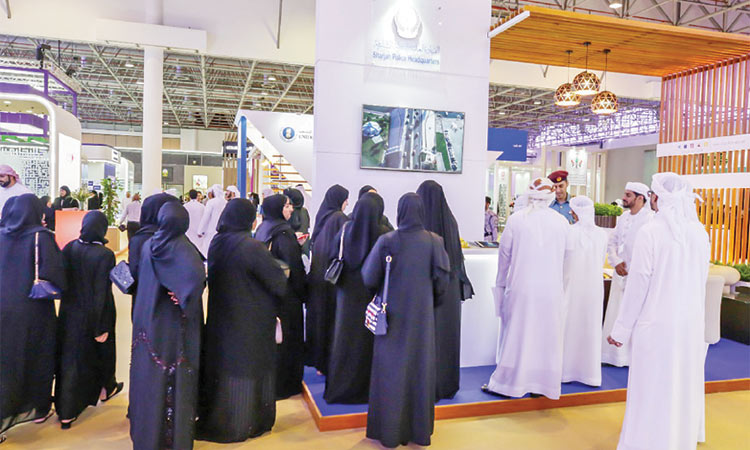 With the participation of more than 50 public and private institutions, The Career Fair is organised by the Expo Centre Sharjah in cooperation with the Emirates Institute for Banking and Financial Studies (EIBFS) and Directorate of Sharjah Human Resources (DHR), with the support of the Sharjah Chamber of Commerce and Industry, SCCI.

Following the inauguration, Sharjah Crown Prince, accompanied by the Deputy Ruler of Sharjah and the attendees, toured the exhibition pavilions, where they were briefed on the job opportunities and training programmes offered to Emirati citizens and graduates and the various opportunities the participating institutions provide for enhancing the job skills of Emirati job seekers, in addition to the most prominent achievements of banks, insurance companies, finance and exchange in the Emiratization field.

The ceremony of the “Human Resources Development (HRD) Awards 2019” was held after the official opening of the exhibition, where Sheikh Sultan Bin Mohammed Bin Sultan Al Qasimi honored a number of distinctive figures, institutions, and banks that made outstanding efforts and achieved the highest percentage of Emiratization, besides empowering human resources and promoting the investment of their energies in the labor market.

The Crown Prince also honored the organisers of the National Career Exhibition, the banks that achieved the highest rate of Emiratization, in addition to the winners of the Human Resources Development Award for the banking and financial sectors and the Best Emiratization CEO Award.

Additionally, the strategic partners of the HRD Award were honored, including the Armed Forces, the SCCI, and the Expo Centre Sharjah, as well as honoring the sponsors;

Also, the Crown Prince honored the winners of the HRD Awards, where the RAKBANK won the HRD Award for the Banking Sector and the award received by Ahmed Youssef, CEO of Human Resources.

“This underlines that the employment of Emirati citizens and unleashing their capabilities to lead economic development is a top priority for wise leadership. This also indicates that the UAE is one the right track, through the rehabilitation of the national cadres and the development of human capital with the best modern skills and knowledge,” added Al Owais. 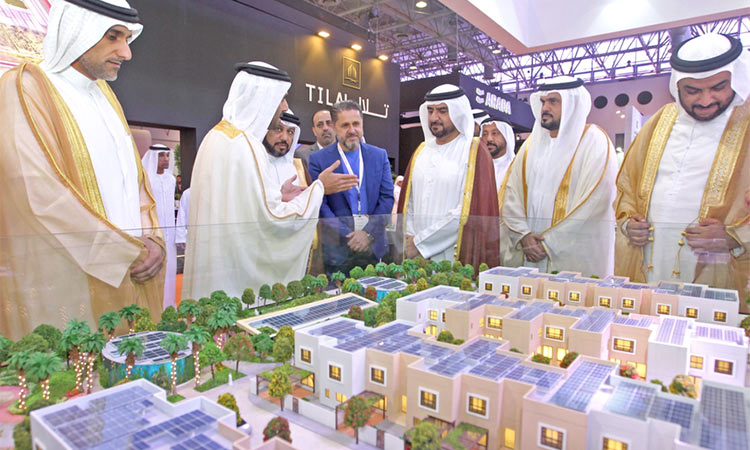