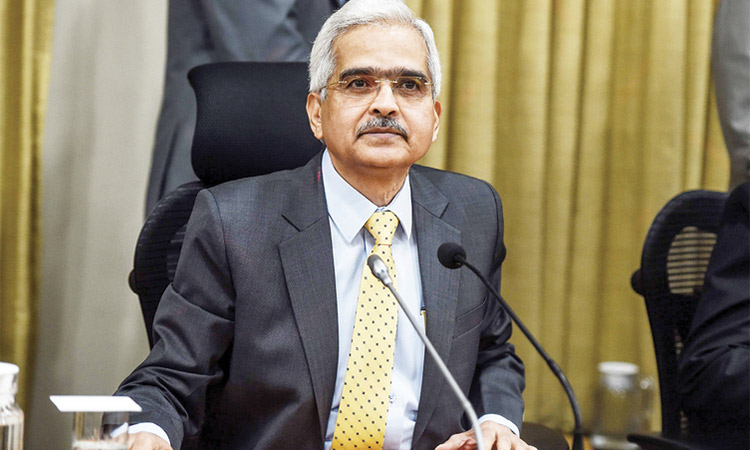 Shaktikanta Das looks on as he attends a press conference at the RBI head office in Mumbai on Thursday. Agence France-Presse

The central bank has its work cut out as India’s economy is forecast to grow 5% in the year ending in March - its weakest pace in 11 years. A rapidly-spreading coronavirus outbreak in China has also cast a shadow over the global economy.

“Downside risks to global growth have increased in the context of the outbreak of coronavirus, the full effects of which are still uncertain and unfolding,” RBI Governor Shaktikanta Das said at a press briefing following the decision.

Economists polled by Reuters had expected the RBI’s Monetary Policy Committee (MPC) to leave its key repo rate unchanged at 5.15% and reverse repo rate at 4.9%.

All six members of the MPC voted to keep rates steady and retain the accommodative policy stance.

“The RBI’s decision is not surprising as the economy is showing classic signs of stagflation. Sharply higher inflation has come in the way of RBI playing the rate cut card, even as economic weakness persists,” said Kunal Kundu, India economist with Societe Generale.

Indian equities firmed, having risen as much as 0.55% immediately after the rate decision, while the 10-year benchmark bond and the rupee were largely unchanged.

In an effort to boost credit growth, the RBI introduced several temporary measures, allowing banks to do away with the need to set aside extra cash reserves against incremental lending individuals and to micro, small and medium enterprises (MSMEs). The MPC said that while easing global trade tensions should encourage exports and spur new investment, the outbreak of the new coronavirus may impact tourist arrivals and world trade.

Analysts say potential growth shocks emanating from China are raising the possibility of further central bank policy easing in Asia and the rest of the world.

Accelerating inflation, however, has tied RBI’s hands for now. The Reuters poll, conducted before India’s federal budget on Feb. 1, showed economists expect the central bank to resume easing in October.

Annual retail inflation surged to more than a five-year high at 7.35% in December, mainly driven by food prices.

That comes against slowing growth in Asia’s third-largest economy. Annual gross domestic product (GDP) growth most likely slipped to 4.3% in the last three months of 2019, according to a forecast from Nomura. It had dropped to 4.5% the previous quarter, its slowest in more than six years.

The RBI cut its policy rate by 135 basis points over five straight meetings last year, before surprising markets in December by standing pat due to the concerns over inflation.

“The MPC recognises that there is policy space available for future action. The path of inflation is, however, elevated and on a rising trajectory,” the MPC said, while upwardly revising its near-term inflation projections.

Despite recent strength in the factory sector, the MPC said economic activity in India “remains subdued and the few indicators that have moved up recently are yet to gain traction in a more broad-based manner.” The central bank lowered its growth forecast for the first half of the upcoming fiscal year to 5.5%-6%, from its December projection of 5.9%-6.3%.

It forecast inflation in the ongoing fourth quarter of fiscal 2020 to hit 6.5%, and then move lower in a 5.4%-5% range in the first half of the upcoming fiscal year, which is still up from its prior projection of 4%-3.8% for that period. The RBI targets medium term inflation at 4% levels.

Meanwhile, Indian markets closed higher for the fourth straight day on Thursday after the RBI’s Monetary Policy Committee said the policy space for future action is “available” indicating a rate cut in the near term.

Along expected lines, the central bank decided to keep the repo rate unchanged at 5.15 per cent in its February policy meeting, citing elevated levels of inflation. RBI also revised the retail inflation forecast upward to 6.5 per cent for January-March quarter of the current fiscal.

Private banks edged up slightly after the announcement. The Nifty PSU bank index gained over 2.5 per cent. Technology, FMCG and Realty sectors, however, closed in the red.

“Monetary policy action from the central bank on rates came on expected line while measures to spur growth in credit came as a surprise. Removal of CRR for loans made to specific sectors and open market operations will support the economy with more credits at lower rates,” said Vinod Nair of Geojit Financial Services.

Suvodeep Rakshit of Kotak Institutional Equities post the policy announcements said that the RBI revised up its inflation projections with inflation cooling to the 4 per cent mark only in October-December this year. This possibly precludes any policy rate reduction in the near term. 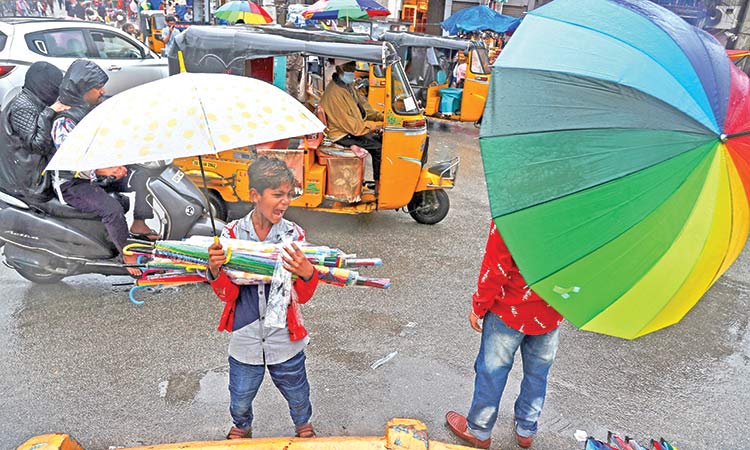 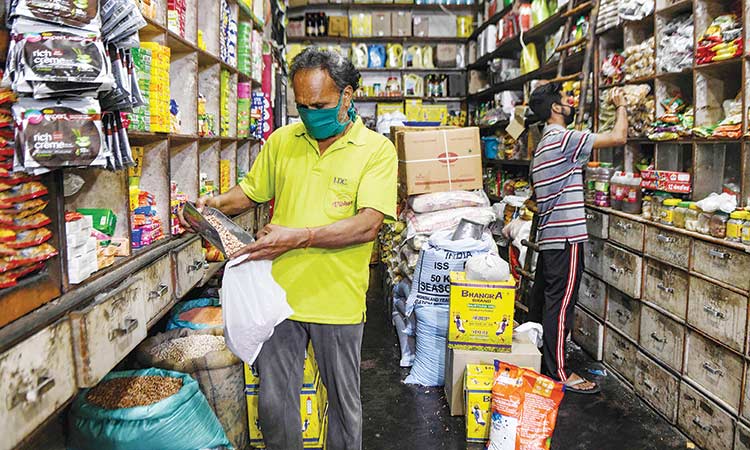 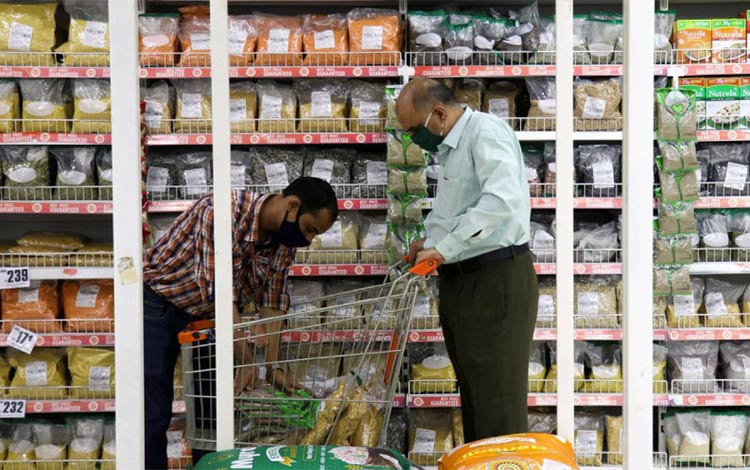