Singapore Airshow will go on despite virus alarm - GulfToday

Singapore Airshow will go on despite virus alarm 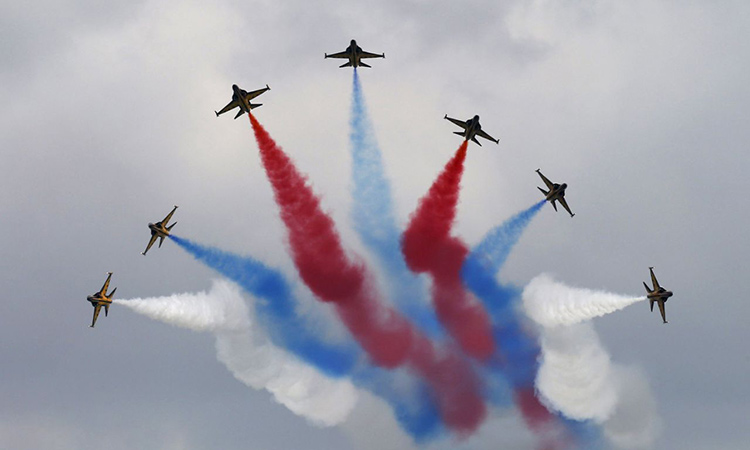 The Singapore Airshow is on schedule, the organisers said, contrary to speculation that was drummed up over whether it would be called off due to the coronavirus fears.

Despite the South Korean air force team and 16 exhibitors pulling out because of a new virus, the event will proceed as planned.
However, Experia Events said on Tuesday an aviation conference that was slated to be part of the airshow would be cancelled as the would-be
participants instead focus on handling the outbreak.

Experia said 10 exhibitors from China and six exhibitors from other countries couldn’t participate in the Feb. 11-16 event due to Singapore’s ban on all Chinese visitors and company bans on employee travel.

Temperature screenings and other measures would be used at the exhibition centre and a medical team would be on standby. The new type of coronavirus has infected more than 20,000 people, mostly in China. Several Asian countries have reported cases, including Singapore, which has 18.